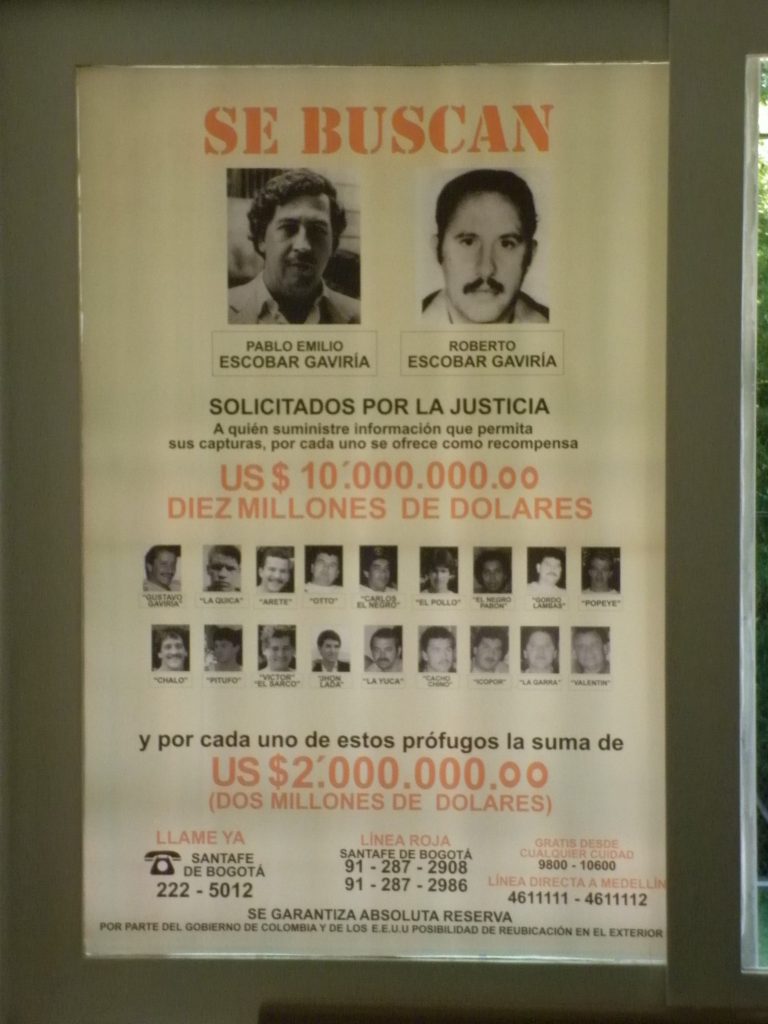 Anna- bless her heart- agreed to modify our plan and to stay in Medellin an extra day to do the Pablo Escobar tour offered by the hostel.  I had read the book Killing Pablo, by Mark Bowden earlier this year and was interested to tie what I had read about Pablo Escobar with my visit in his hometown.
We went got picked up with a bunch of other tourists in a hot van without air-condition and drove Pablo Escobar’s family grave. 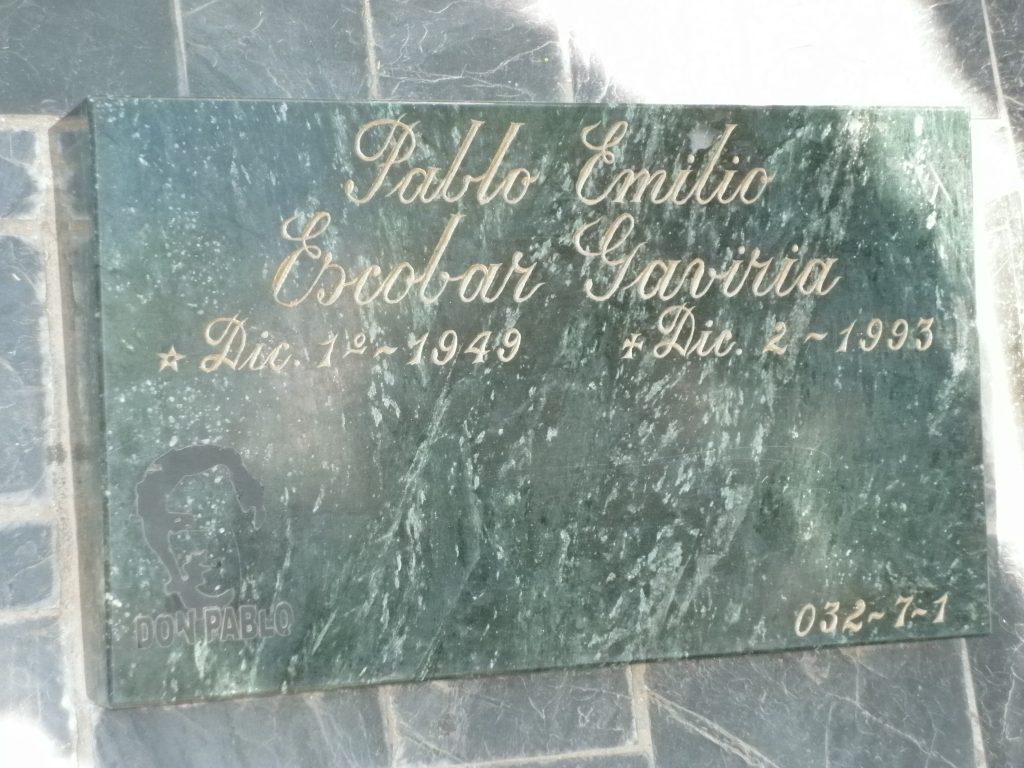 After visiting the memorial, we went to the house were Pablo was shot by the police. 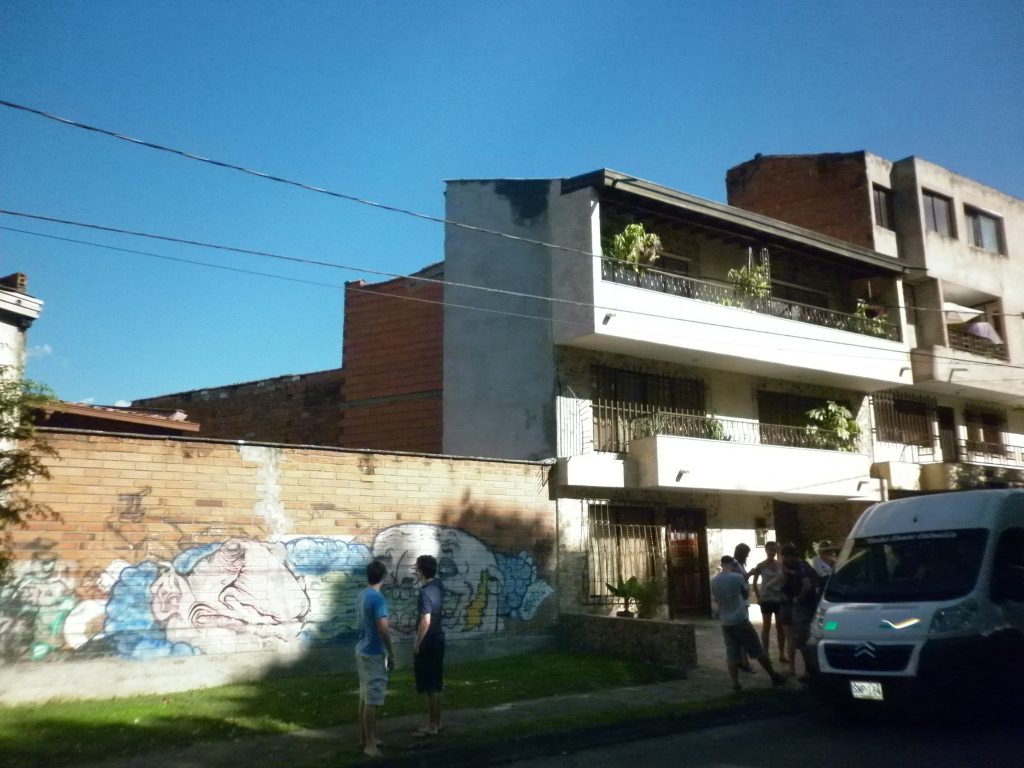 The house were Pablo was killed by the police

Then, we went to his brother, Roberto’s house.  There we heard stories about Pablo and saw artifacts from his glory days, including him and his brother’s first car, his motorcycle and a truck given to him by the Cali drug cartel, which had a bullethole in it from when Pablo ran a police checkpoint.  We also got to see bullet holes in the house from when the police tried to raid his house in order to catch Pablo. 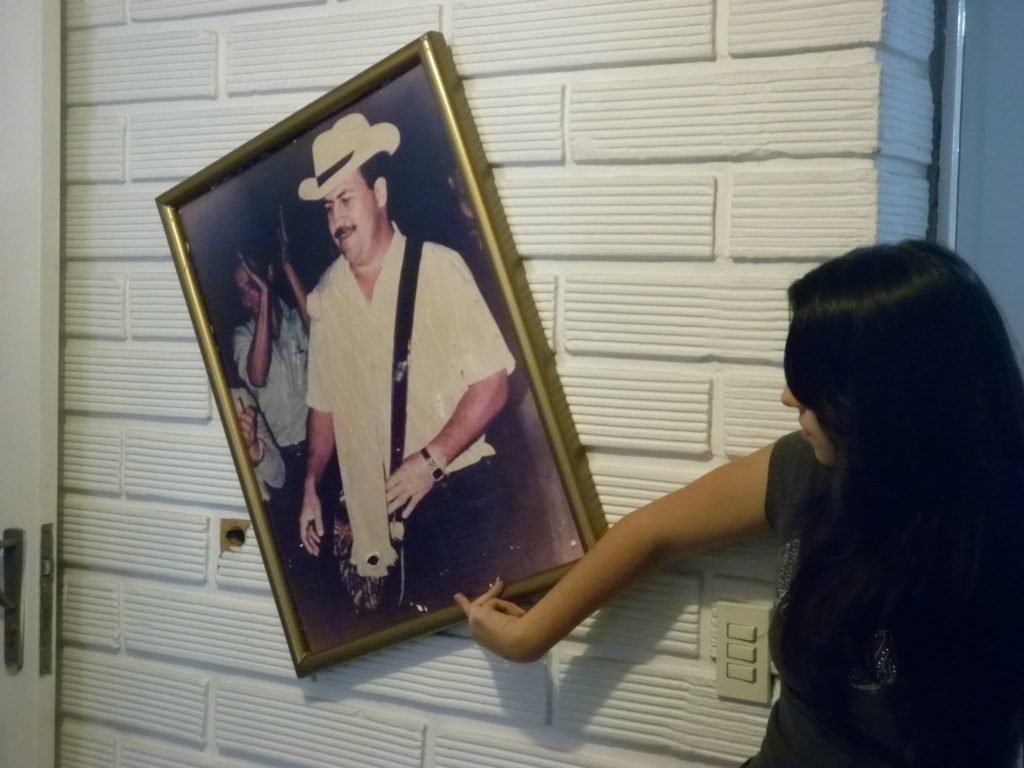 A bullet went through this picture and into the wall in Roberto Escobar's house when the police tried to capture him and his brother, Pablo. 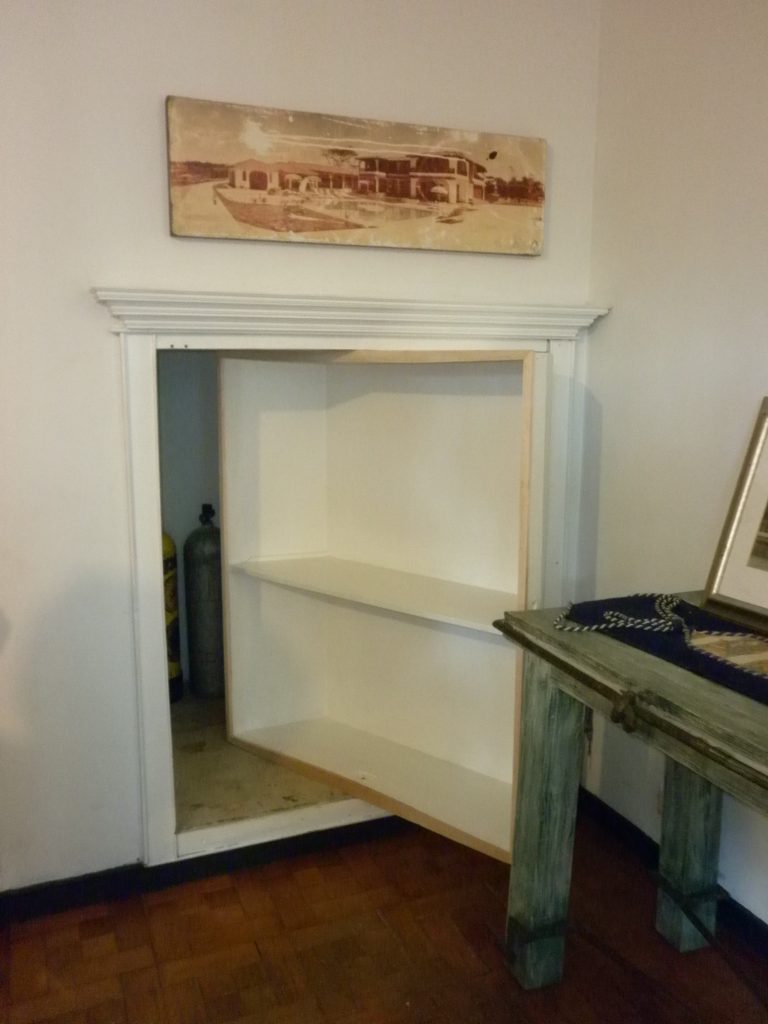 The house had this hiding spot behind a bookcase where Pablo and his brother could hide from the police for hours. Note the air tanks. 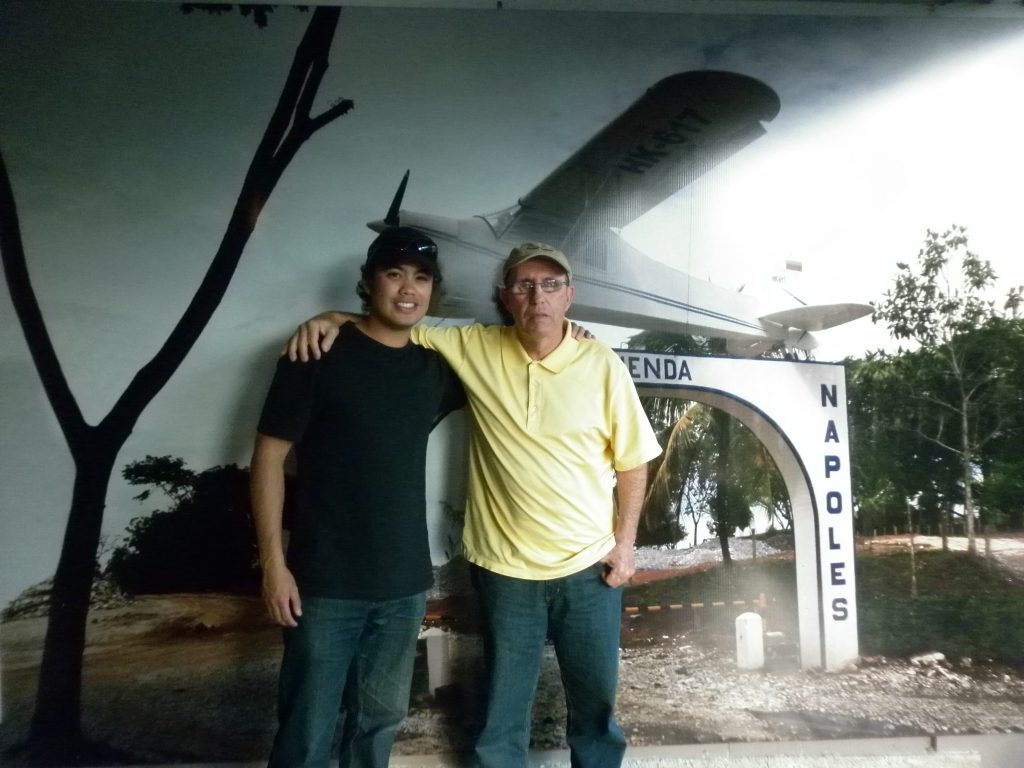 This is me with Pablo Escobar's brother, Roberto. Roberto's brother, Pablo, was once worth $25 billion dollars and rated by Forbes to be the seventh richest man in the world.