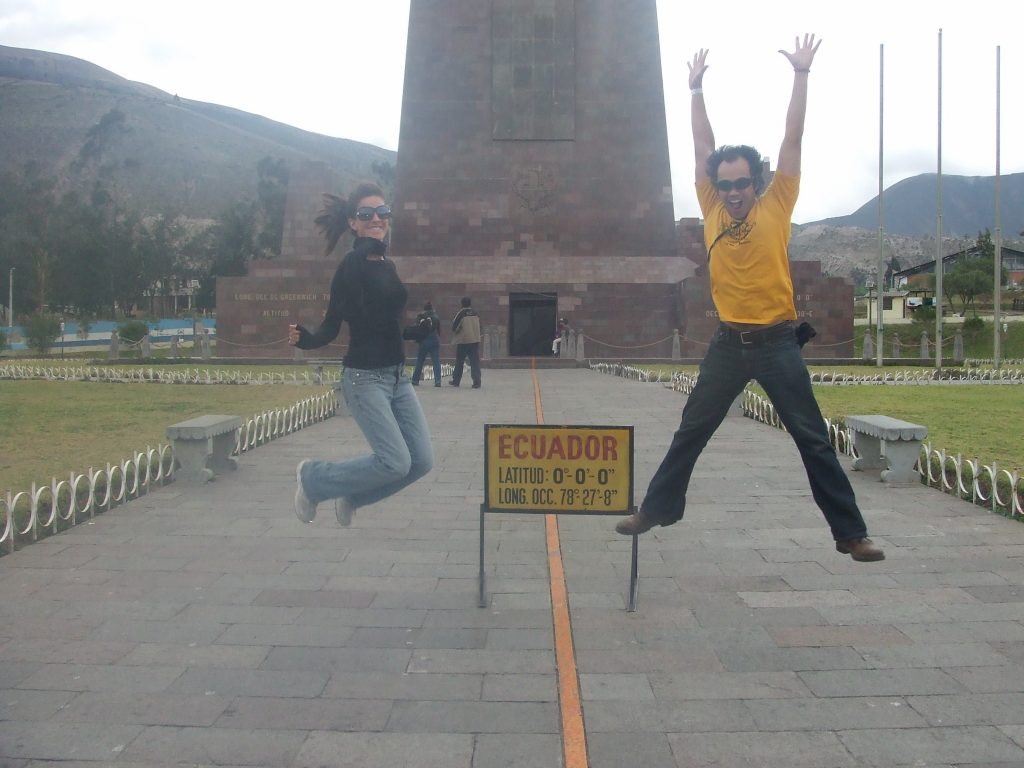 Our primary objective in Quito was to book a tour of the Galapagos Islands, which we immediately started working on during the morning of the Sept. 10, 2011.  We finally booked our flight and tour, a total cost of about $1,500 for an 5 days and 4 nights on the Yacht Angelito.
Anna and I then went to the Mitad del Mundo, a park with a monument signifying equator.  There was also several museums, including a planetarium and an insect museum.  Unfortunately, the planetarium was closed.  Fortunately, the insect museum wasn’t.  It had exhibits of butterflies and humongous elephant beetles mostly. 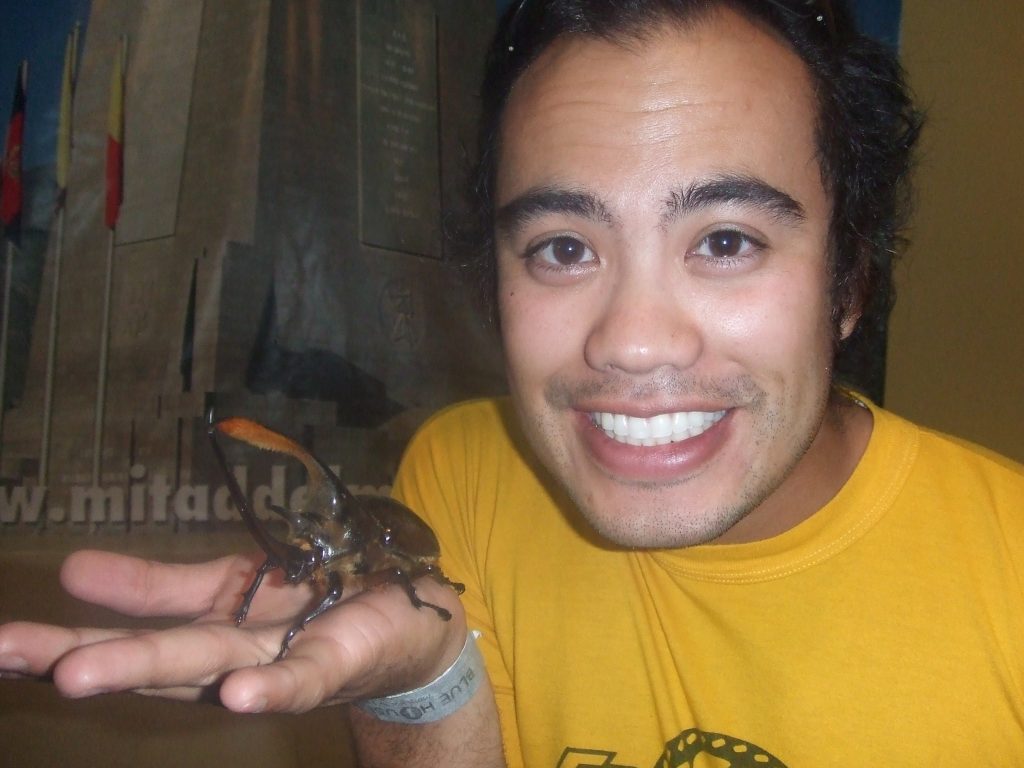 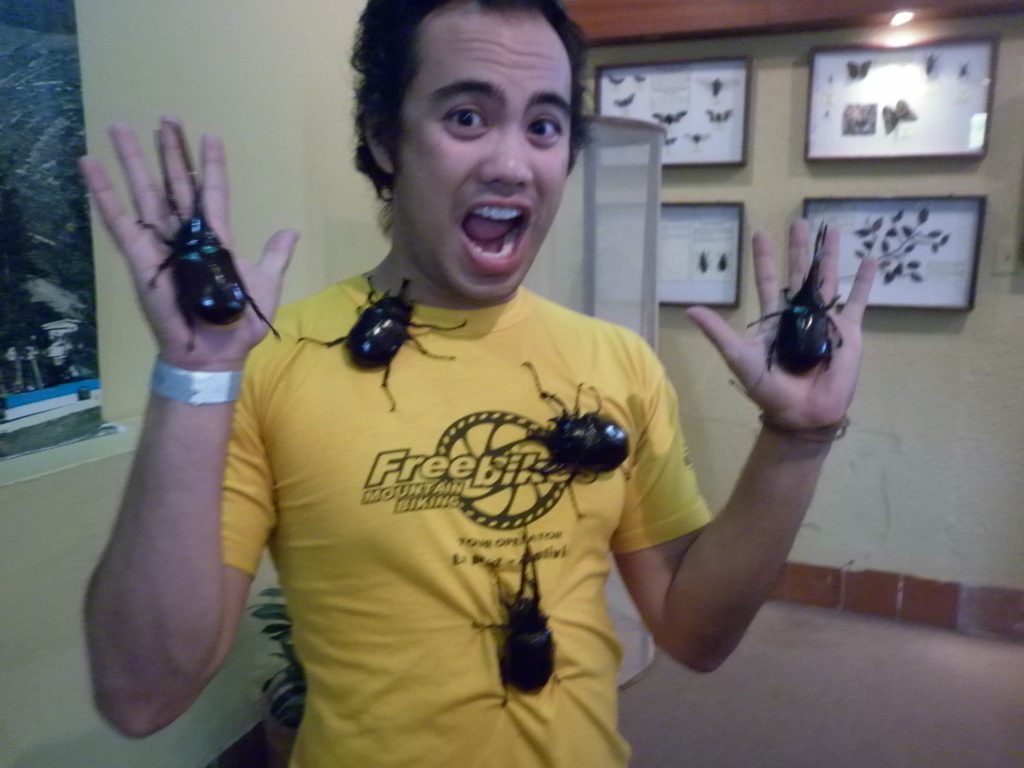 I could feel their tiny little claws through my shirt. It felt like they were piercing my skin. Yikes! 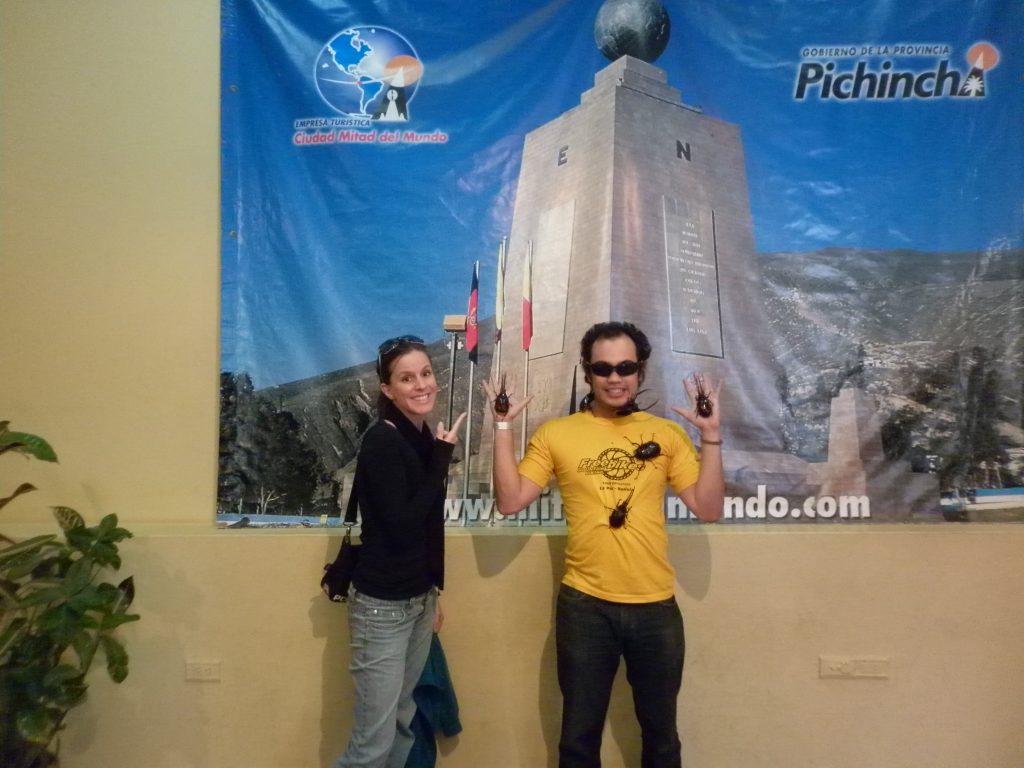 That's actually a nervous smile. You'd be nervous, too, with a gigantic beetle clinging to your face with its sharp little claws! 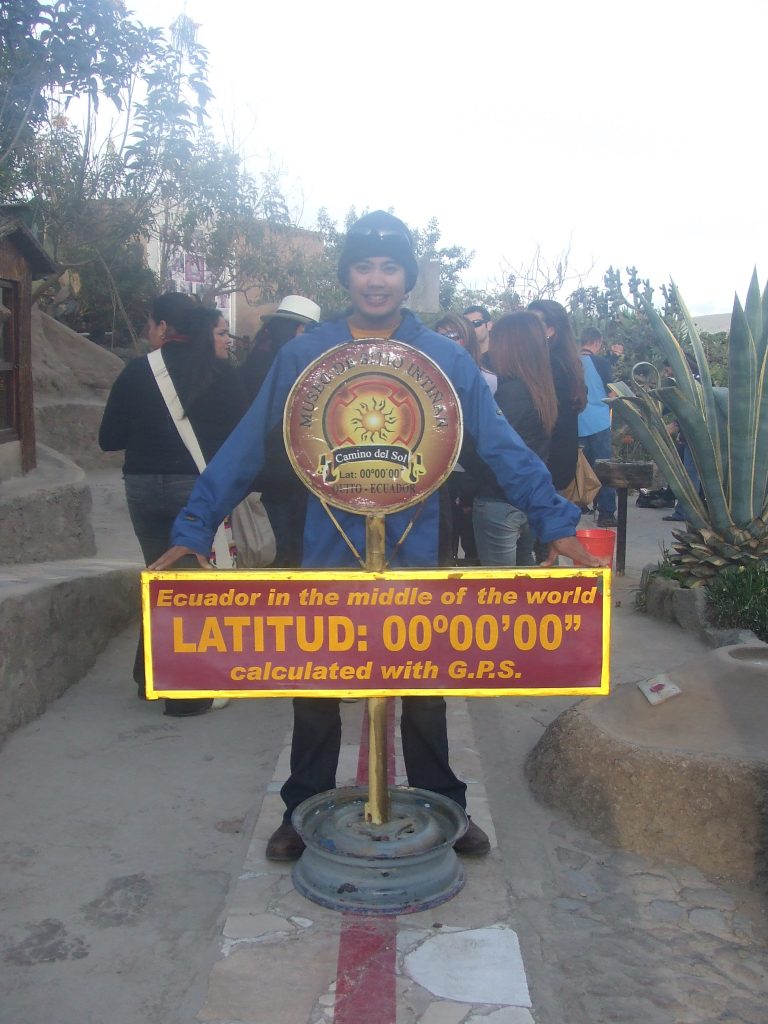 This is the real equator at Intinan determined by GPS.