I spent last week with my Aunt Grace, Uncle Jondi, and their friend, Tiana, at the Westin Moana Surfrider hotel in Honolulu.  We went out for drinks every night and I could barely keep up due to a combination of the 6-hour time difference between the east coast and Hawaii and the fact that sharing a room with three other people isn’t very conducive to sleeping in. 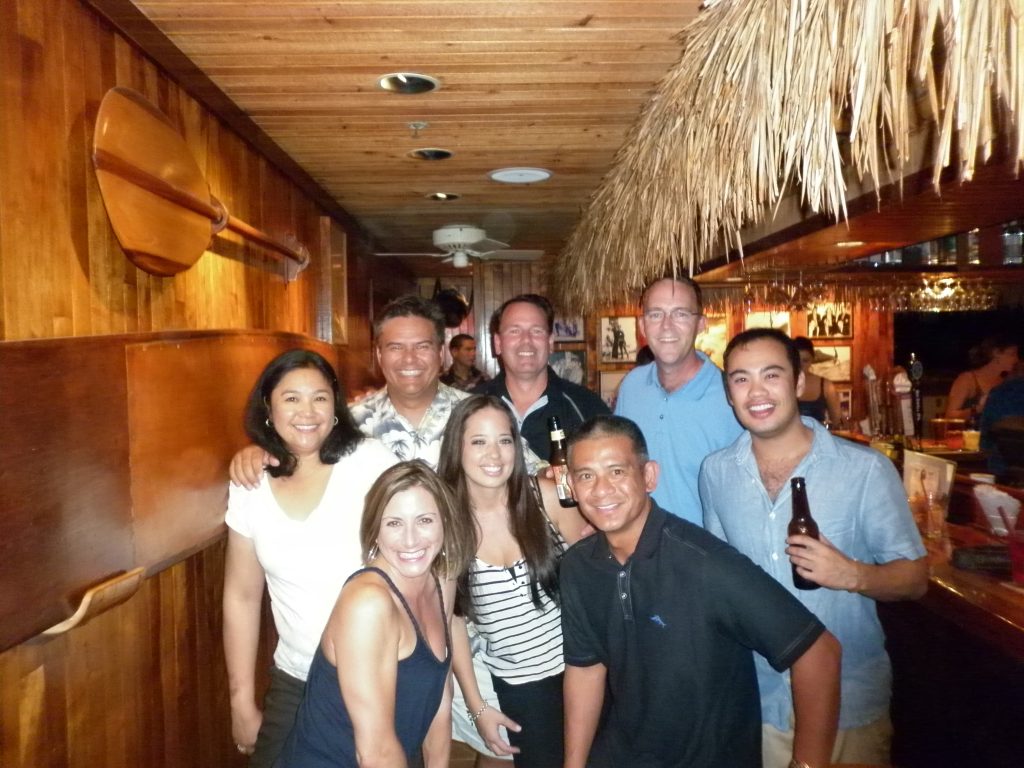 Going out for drinks in Waikiki!

Me with Uncle Jondi and Aunt Grace 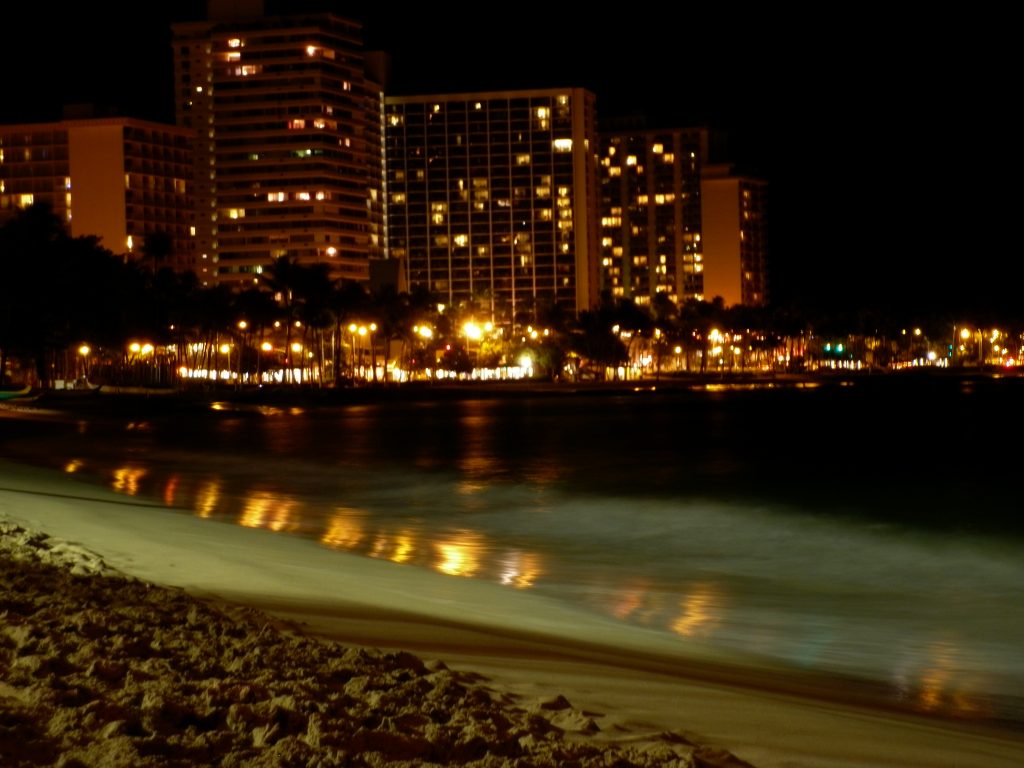 The days were spent enjoying the beautiful weather and the beach.  Wednesday, was spent recovering from a late night drinking session.  On Thursday morning, we ran for about an hour; later, we went snorkeling at Hanauma Bay.  On Friday morning, we went paddleboarding.  I didn’t like it so I traded my paddleboard in for a regular surfboard.  Waves in Waikiki are gentle and they break over a much wider section than they do in Virginia Beach.  I really enjoyed surfing in Waikiki.  Later that day, we drove to the North Shore for lunch and little bit of sightseeing. 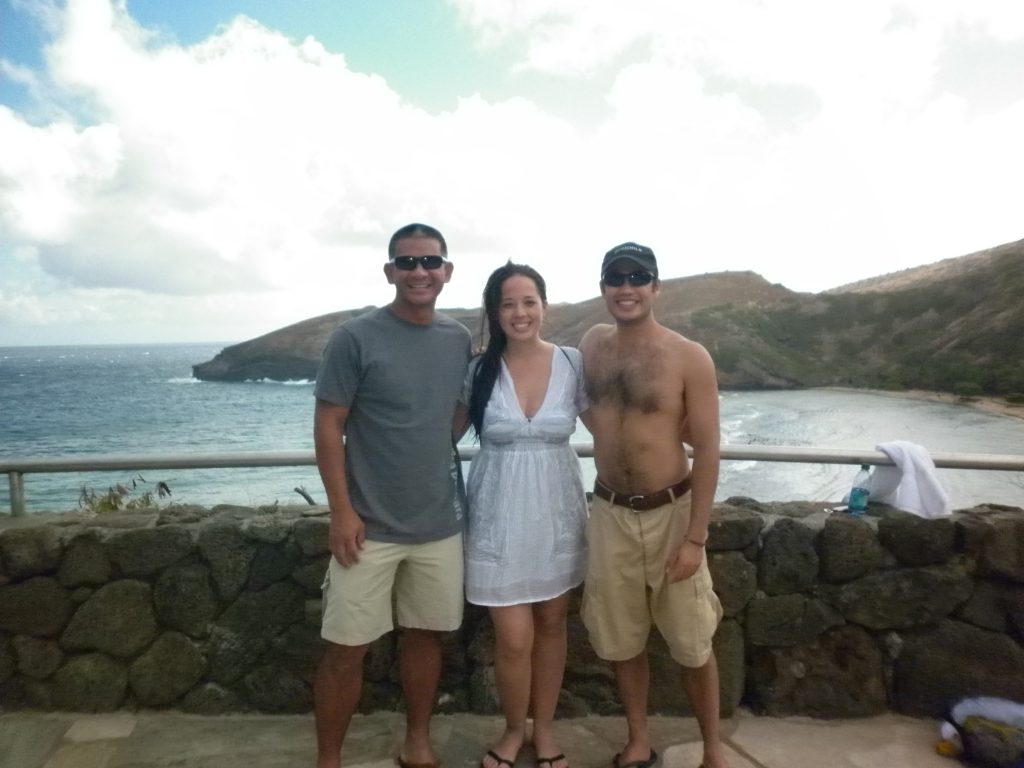 Uncle Jondi, Tiana and I at Hanauma Bay after we went snorkeling 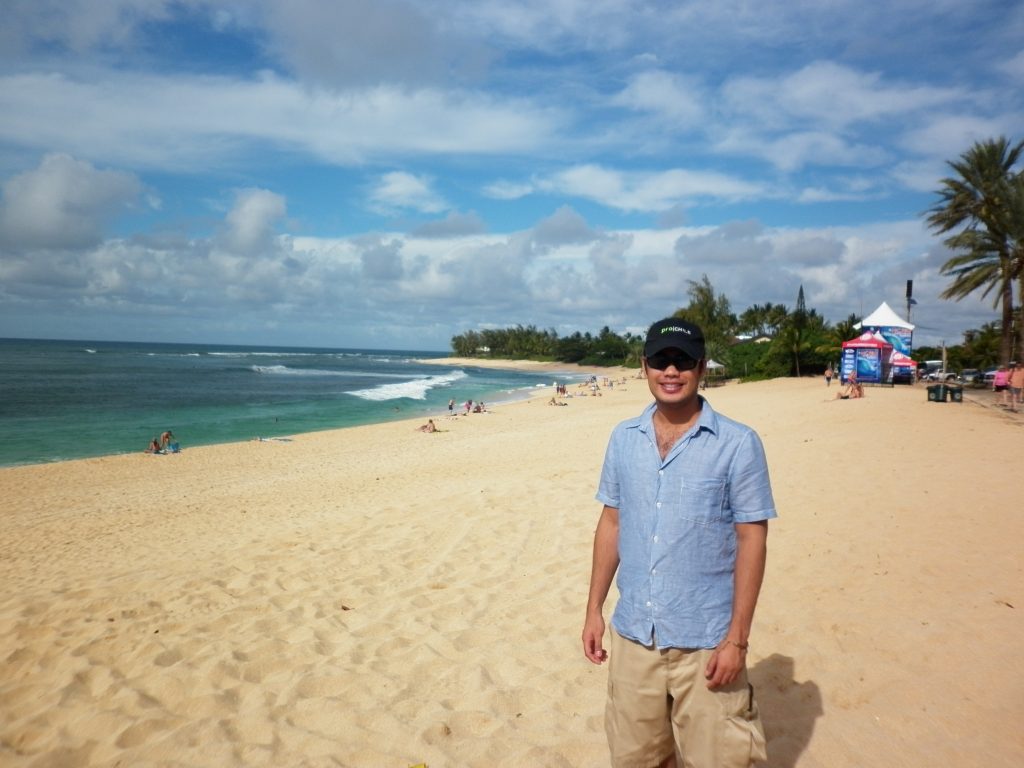 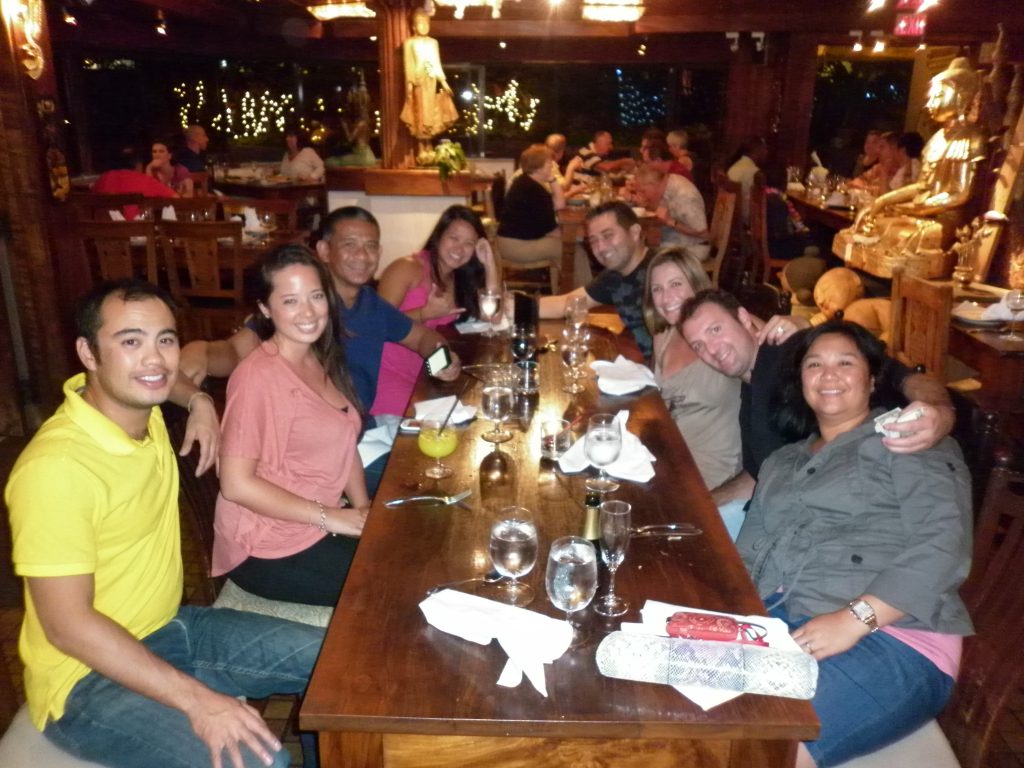 Our last night out (From left to right: me, Tiana, Uncle Jondi, Kat, Mario, Kris, Jason and Aunt Grace)

Aunt Grace, Uncle Jondi and Tiana left for the airport at 5 am on Saturday to return to San Diego, where they live.  I had one last surf session with their friends Mario, Kat, Jason and Kris, right before gorging myself at the breakfast buffet and then flying out to Kauai.