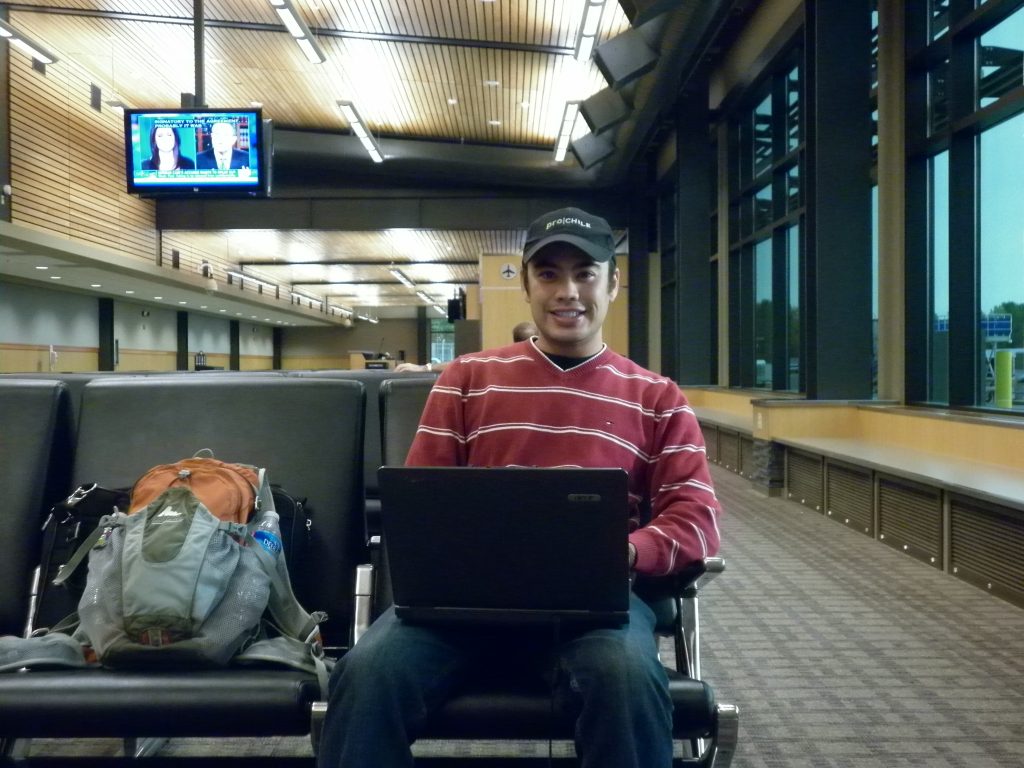 I’m at the airport again.
Last Friday, I was having dinner and drinks at the Arlington Tap House with my Uncle Jondi and Aunt Grace, along with their two friends, Diedre and Tiana, my Aunt Noelle, and my sister Rosalina and her boyfriend, Scott, all of whom were in town for the the Marine Corps Marathon and 10K run.  They suggested that I come out and run on Sunday.
Mind you that I am probably in the worst shape of my entire life right now having not done any real physical training during the six months that I was traveling in South America.  I ended up keeping pace with Tiana during the 10K run and, aside from some minor pain in my knees which I imagine is normal for my poor physical state, it was a piece of cake.  It’s nice to be able to do a 10k on a whim!
The other part of this story involves Aunt Grace inviting me to come out to Hawaii with them on Tuesday.  Immediately, the following flashed through my head when I heard this:

And so now I’m at the airport at Bellingham, Washington, typing this out while waiting for my flight to Honolulu to meet Uncle Jondi, Aunt Grace, and Tiana later tonight, 21.5 hours after leaving my house at 5:30 this morning.
I bought a one-way ticket so that I could have the strategic flexibility of going anywhere and doing anything I wanted after they leave on Saturday.  I have no idea what’s in store for me and no concrete plans, and that’s exactly how I like it.