I arrived in Kauai island on Saturday after an hour-long flight from Honolulu.  The taxi ride to the Kauai International Hostel set me back a painful $28.  I went through the usual motions of settling in, familiarizing myself with the management and other travelers, and then I went the thrift store to equip myself for the Kalalau trail on the Na Pali coast, which is on the northern end of Kauai island.
All I’ve been thinking about is acquiring the right equipment and other provisions for my hike ever since I arrived.  The weather has been rainy and I’ve been advised to wait a few days before going out so that trail and river crossings won’t be as treacherous.  I’m ok with adopting the whole island laid-back mentality, but I’m pretty confident in my ability to hike safely and I know my limits so I’ll probably head out today.
I spent yesterday at Poipu beach with some other travelers that I met, two American guys, a German girl, and a French girl.  We spent the entire day on the beach, snorkeling, swimming, and laying out.  I wish I’d brought something to read because I got bored; I’m not much of a sitting-on-the-beach kind of person. 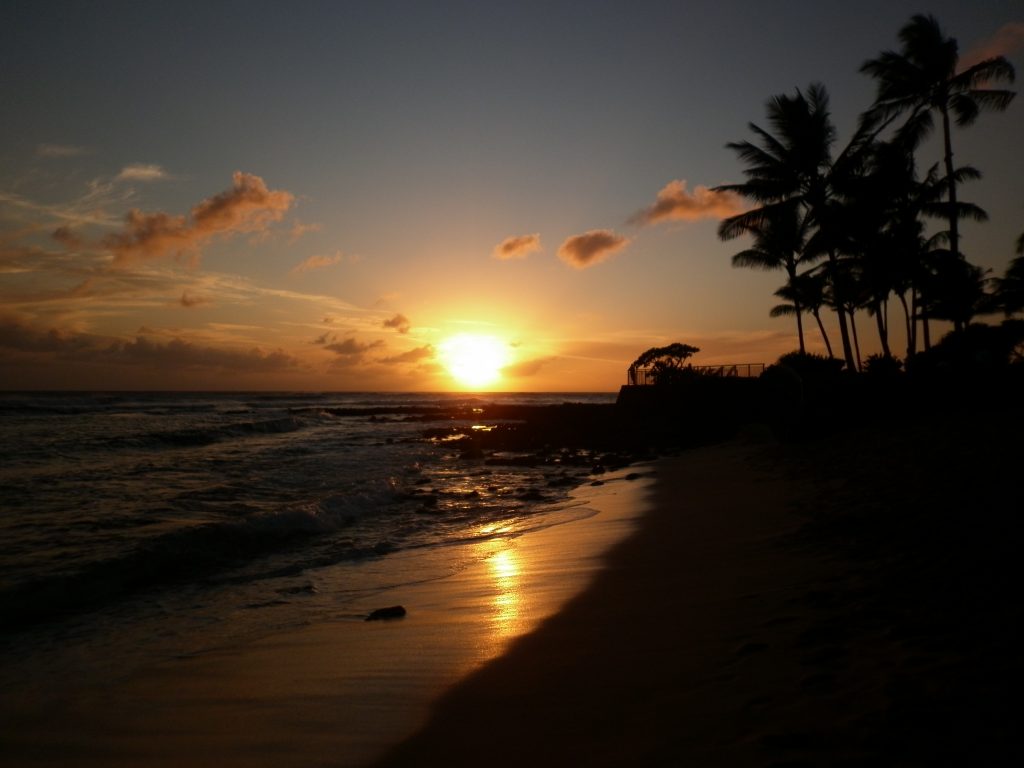 We went to Wal-mart afterwards, where I was able to acquire a tent, instant potatoes, mac and cheese, oatmeal, ramen noodles, an emergency poncho, an emergency blanket, camp fuel, bleach and some lighters.  It’s a shame that all the backpacking equipment that I need is sitting in my closet back home.  All this stuff set me back about $50, but I figure it would be ok since merely sleeping at this hostel costs me $25 a night.  $25/night is still relatively cheap, but not when you’ve been sleeping in South America for as little as $3/night in Bolivia, or $8/night in Colombia.
Aside from being on the verge of being what others might consider to be under-equipped (no cooking stove, sleeping pad, sleeping bag and water filter, for example) my backpack is the lightest it’s ever been!  Whatever I lack, I will make-do with a little bit of creativity and resourcefulness. 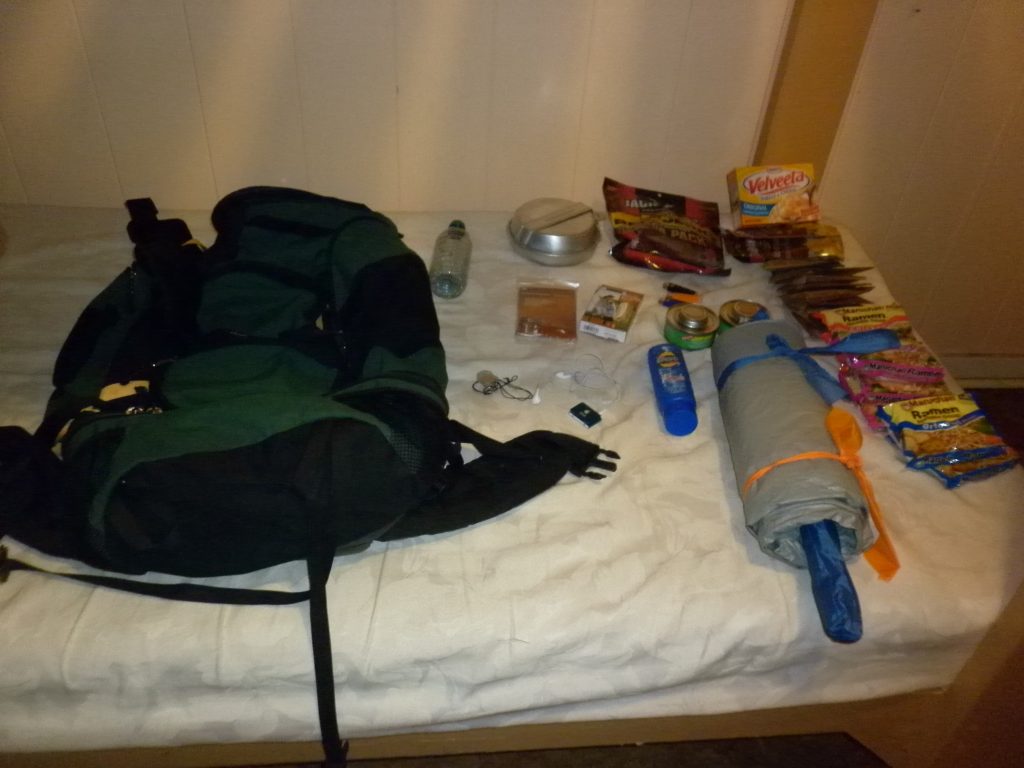