It's not the destination, but the journey.

Nobody comes to Paraguay.  The country has relatively little to offer in comparison to its neighbors, Argentina, Brazil and Bolivia.  No beaches, no wine, no mountains.  Most people come to Paraguay as they pass through, and that was my plan, too, as I make my way west across the continent from the beaches of Brazil to the Bolivian salt flats, the Andes mountains, and the Peruvian coast.
View South America May 2011 to ??? in a larger map
However, I’ve been in Asuncion, Paraguay now for seven days, which is a lot longer than I had planned.  I got stuck in the application process for my Bolivian visa and I couldn’t get anything done over the weekend because the Bolivian embassy was closed.  (It’s also only open for about 4.5 hours during the day!)
Nonetheless, I had a GREAT time in Asuncion!  This city has one of the lowest costs of living in the world, which makes for cheap food, cheap accommodations and cheap beer!  In addition to that, I finally got to meet Natalia who I was excited to see ever since our mutual friend, Geneza, put me in contact with her a few months ago.  I met with Natalia almost as soon as I got here and she helped me get acquainted with the city. 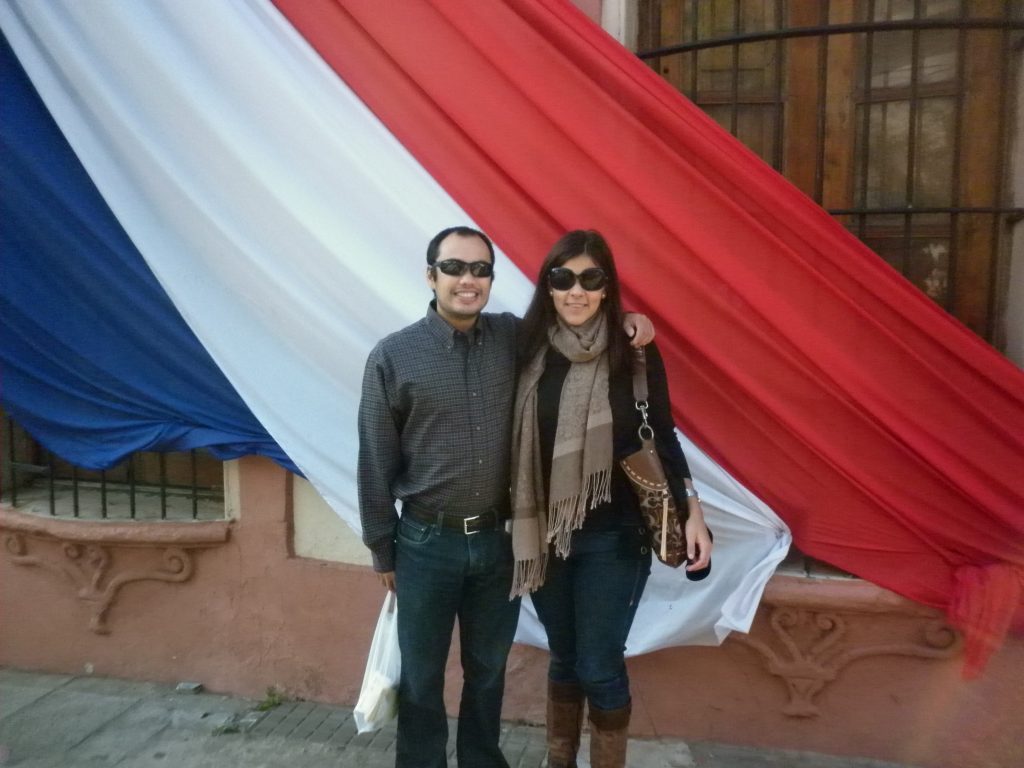 I’d been going out every night with people I’d met since I got here.  I hung out mainly with two Argentinian travelers, and I also had a really fun day with some Peace Corps Volunteers (PCVs) working here in Paraguay.  It’s the interactions that I’ve enjoyed the most here.  The more people I meet, the more Spanish I learn.  The PCVs here, especially, gave me valuable insight on the Paraguayan culture. 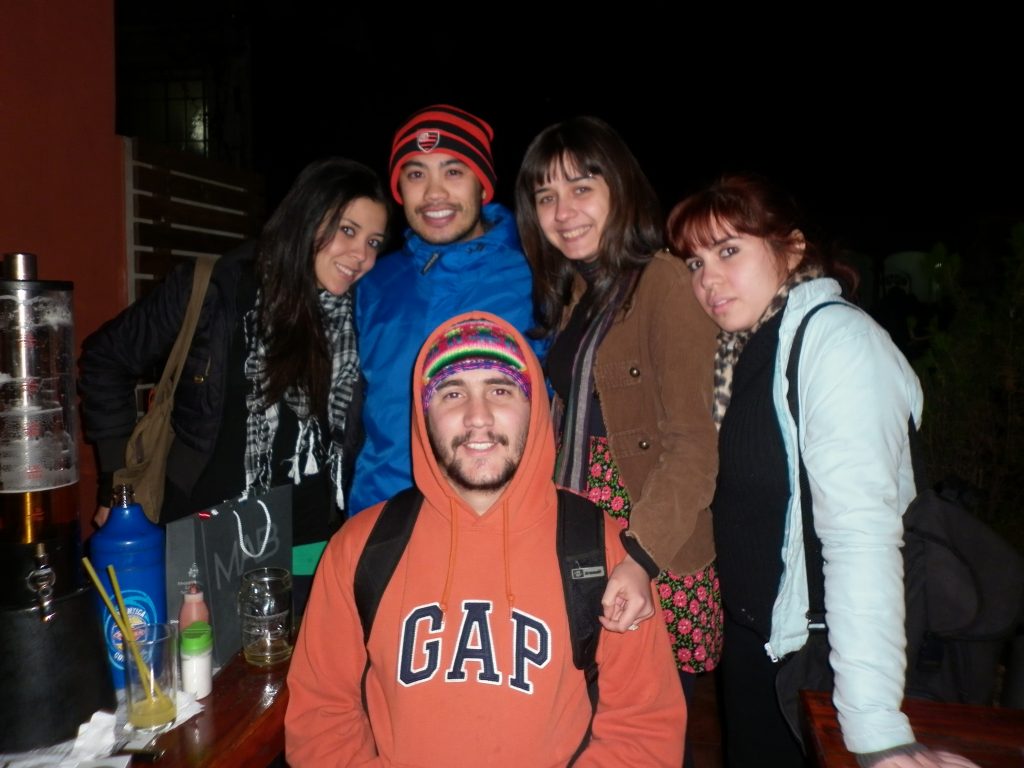 Some Uruguayan girls, an Argentinian guy, and I. From left to right, Yasmine, Joey, Matias, Vane, Carmen

I really like Asuncion.  It’s easy to get around on foot or by bus, and it’s perfectly safe walking (er, stumbling) home at 3 am in the middle of the night.  There’s a lot to learn and I’ve only scratched the surface.
There’s the plight of the indigenous people who were kicked off their lands and who are seeking recompense from the government.  Some of them sleep in Plaza Uruguay, their tents made of large, black plastic bags.  Just a few decades ago it wasn’t against the law to kill an indigenous person.  My jaw dropped when someone told me that. 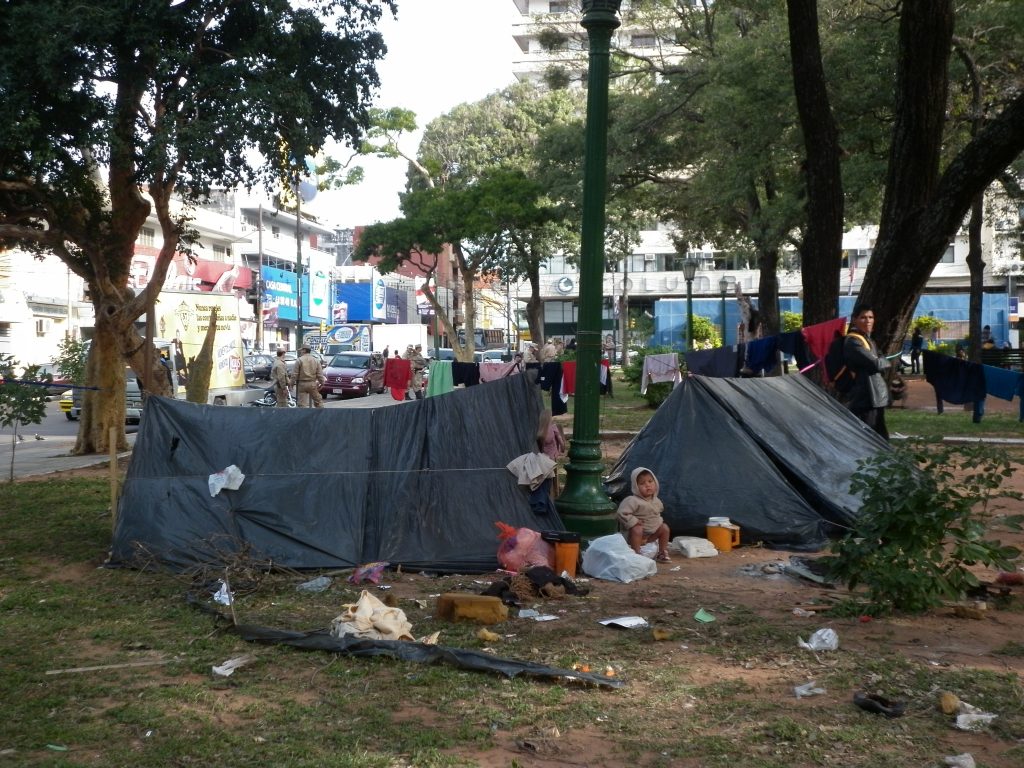 Several indigenous families are camped out in Plaza Uruguaya. 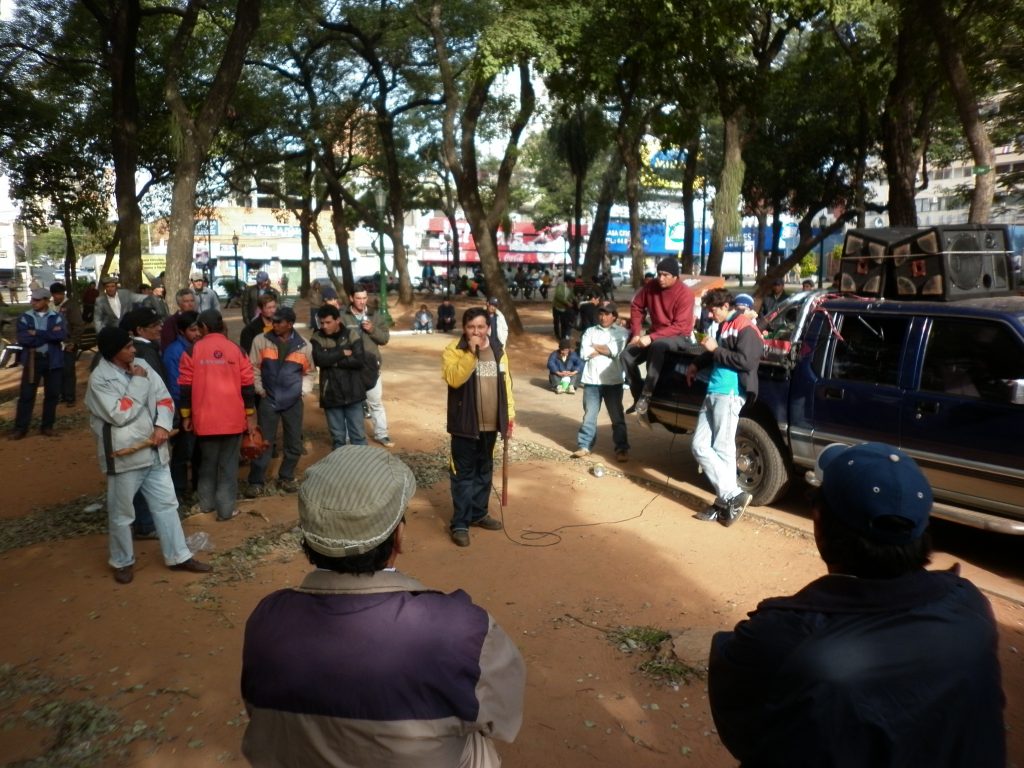 Political rally for the plight of the indigenous people

The food here is really good.  Unfortunately, I can’t remember or correctly pronounce what I’ve eaten, but I’ve enjoyed all of it.  I’ve had food here in Paraguay that I may never eat again for the rest of my life (unless I return to Paraguay or make some Paraguayan friends back home).  And, as I mentioned earlier, food is cheap.  In fact, I had two entrees for lunch today – the gluttonous norteamericano that I am! 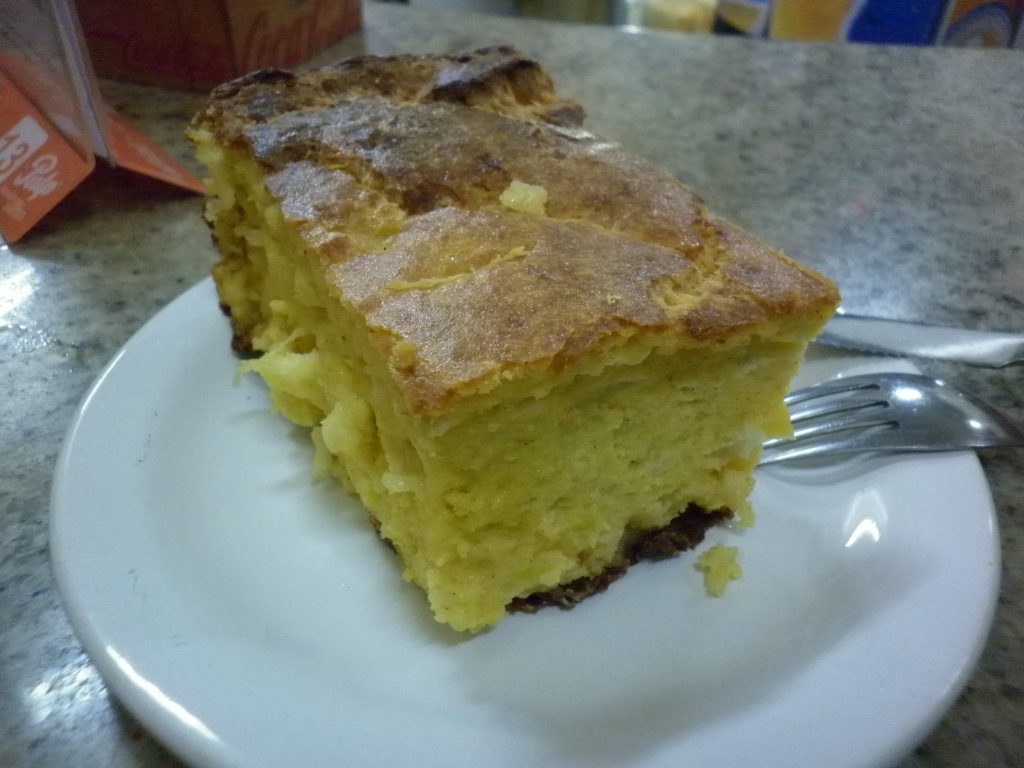 Sopa Paraguaya - Soup it is not. I found that out after the fact.

I honestly wish I could stay longer.  I’m comfortable here and I like the pace of life and cost of living.  Unfortunately, I’m supposed to be in Colombia at the beginning of August and I’ve still got to make my way through Bolivia, Peru, and Ecuador.  I might have to prioritize and skip some things in the next few weeks.  I’ll be ok with that as long as I’m meeting interesting people and learning along the way.  After all, it’s not the destination but the journey. 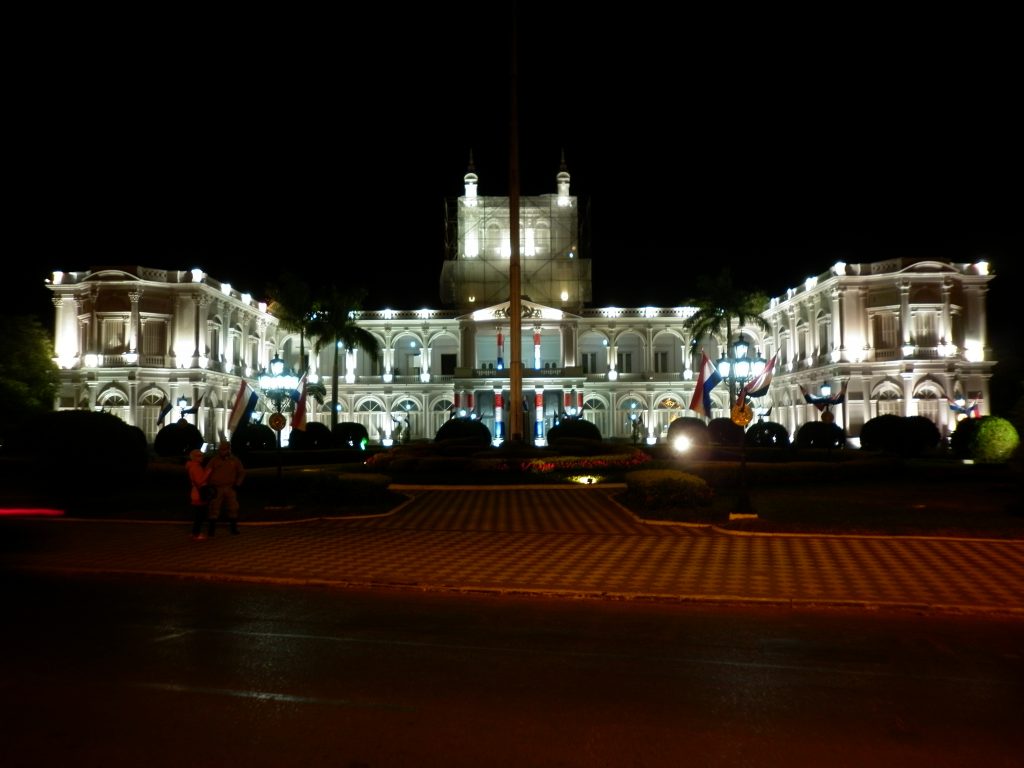 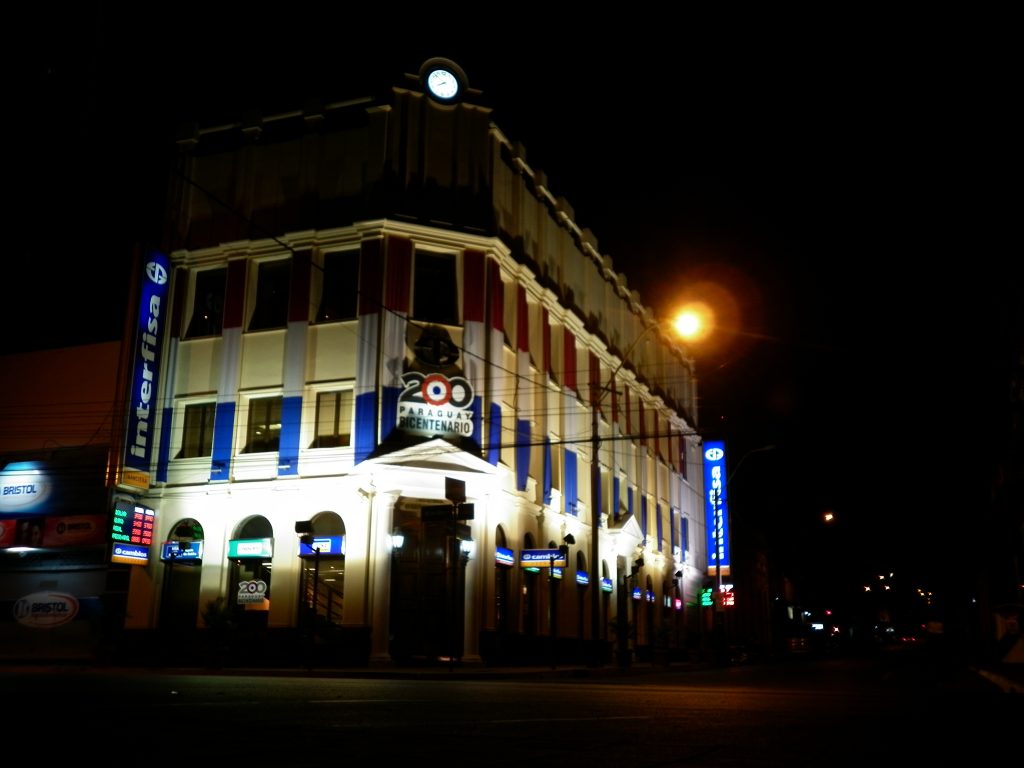 Asuncion is adorned with red, white, and blue banners for its bicentennial celebration (1811-2011). Viva Paraguay!

This entry was posted in Paraguay and tagged Asuncion, Paraguay. Bookmark the permalink.