After crossing the equator line from the northern hemisphere into the southern hemisphere, I did the Coriolis effect experiment in our bathroom sink.  As expected, the water drained counterclockwise.
We visited Santiago Island in the morning.  It was full of marine iguanas and sea lions.  Several of the sea lions were nursing young pups. 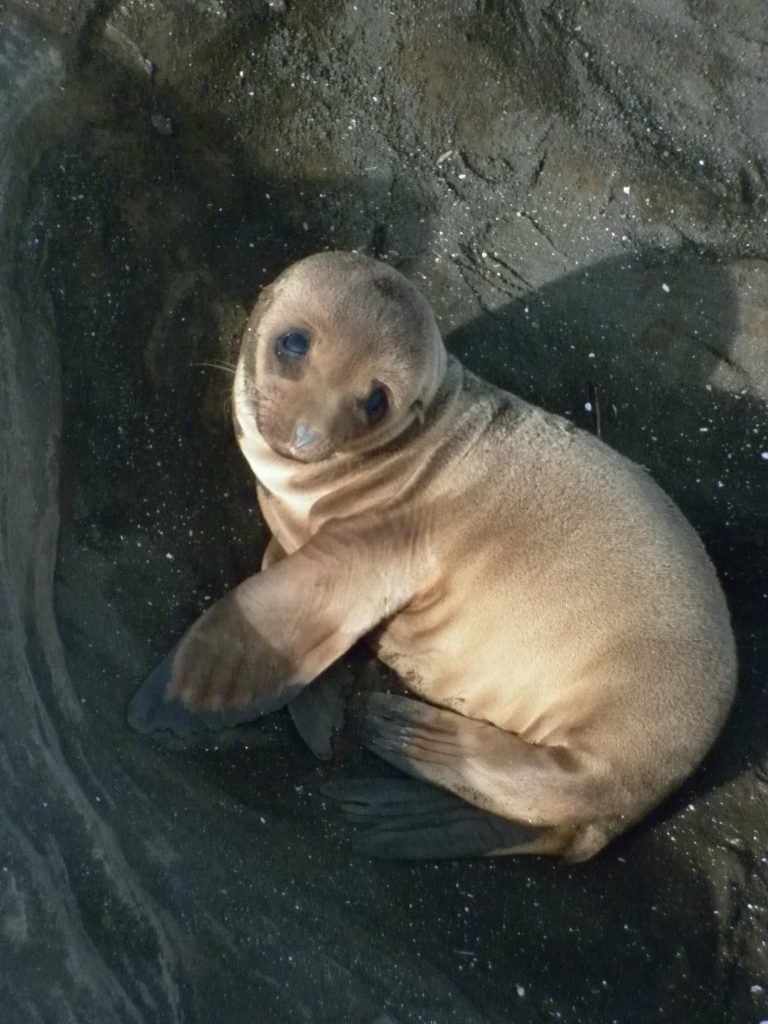 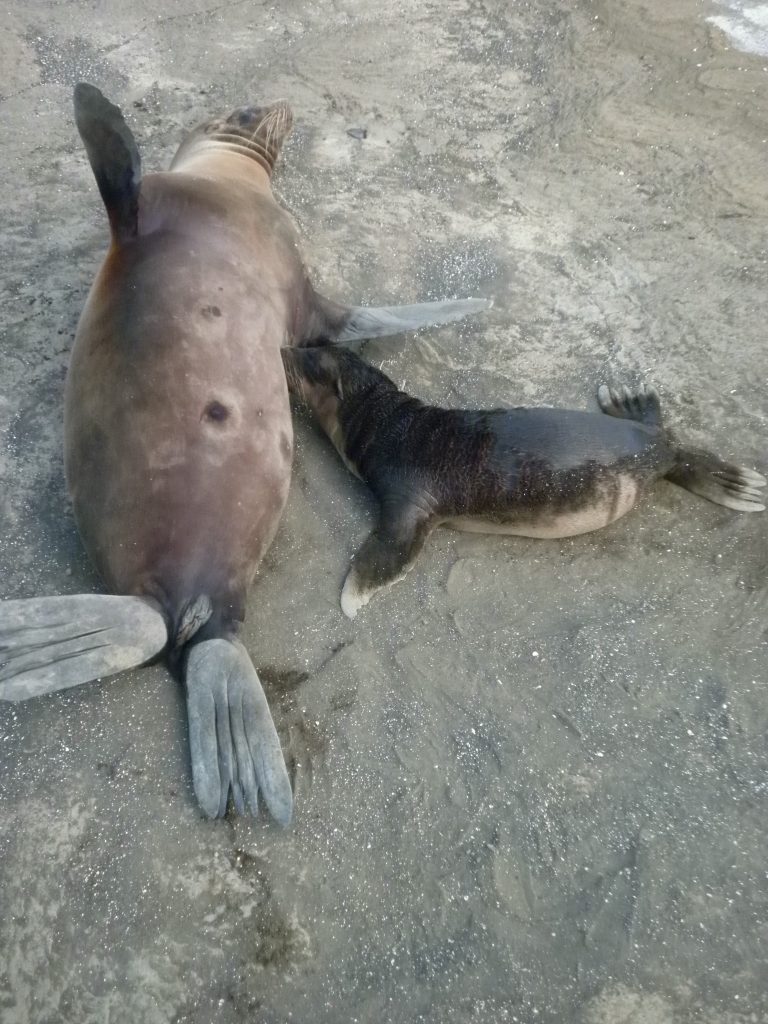 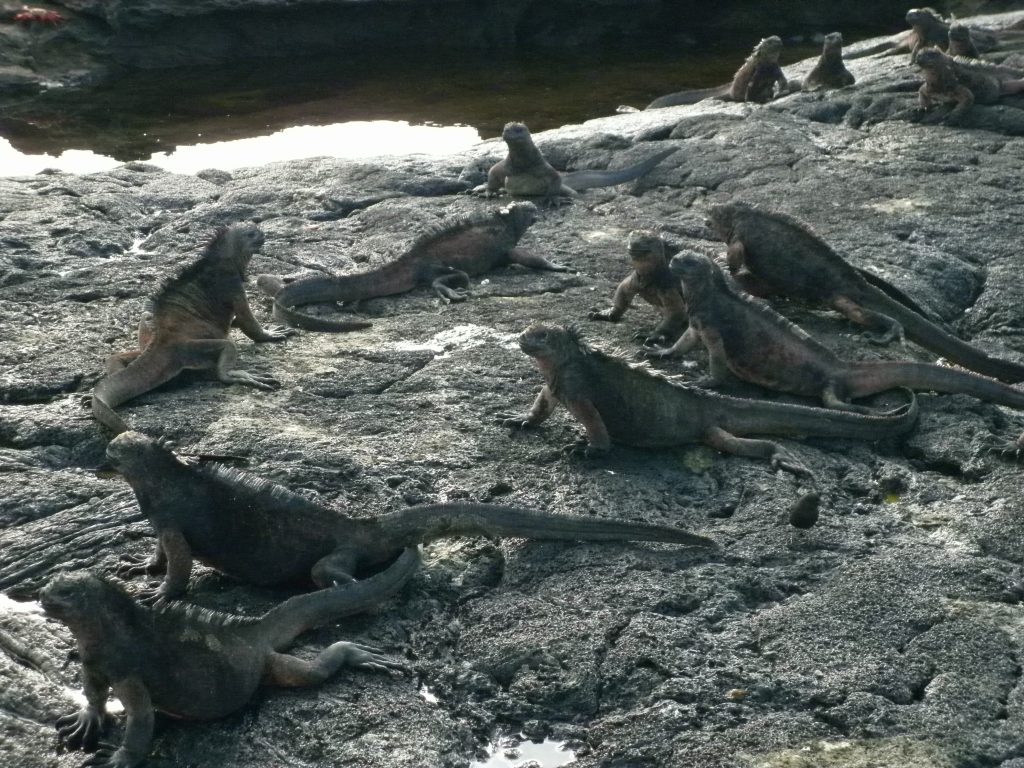 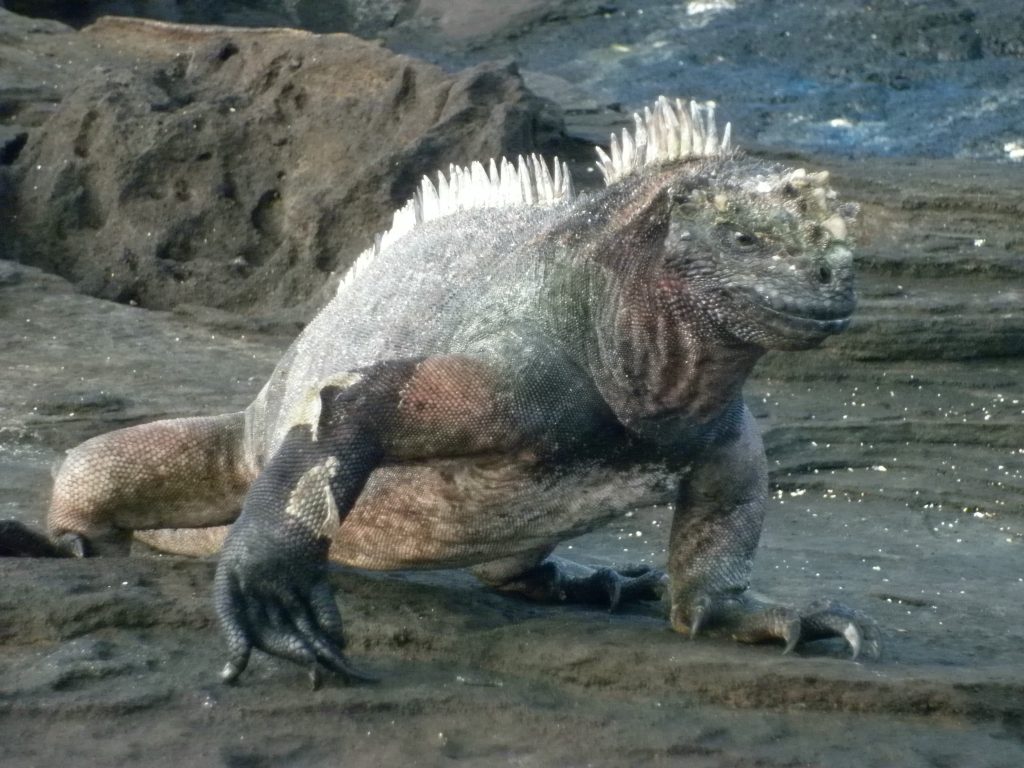 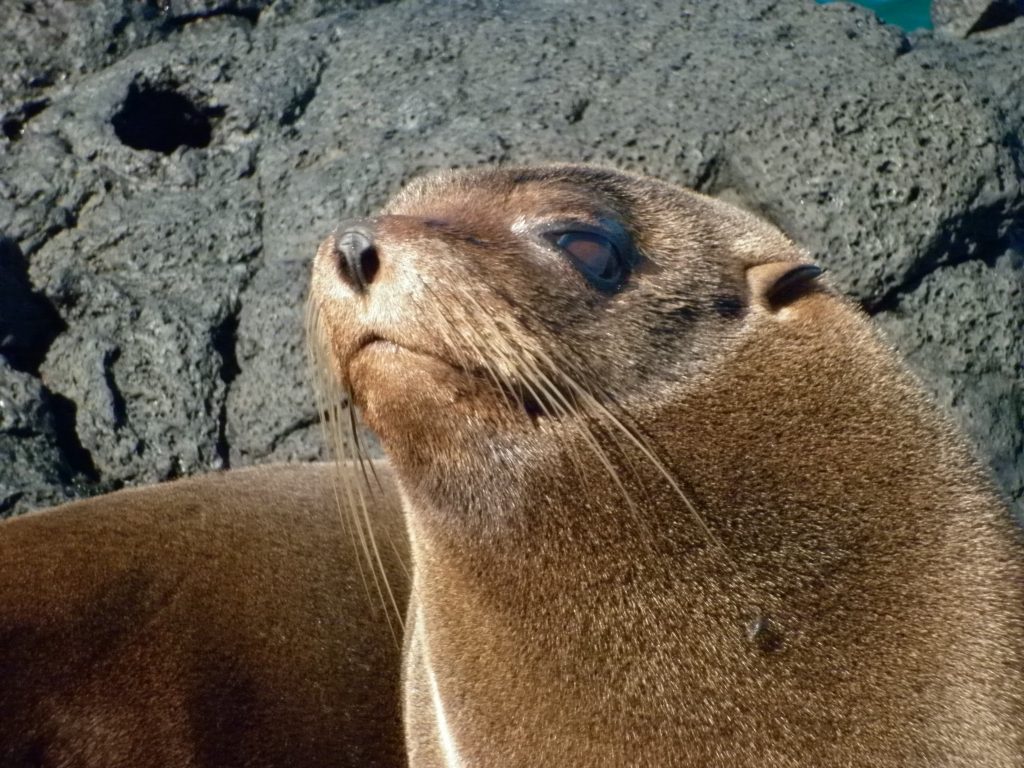 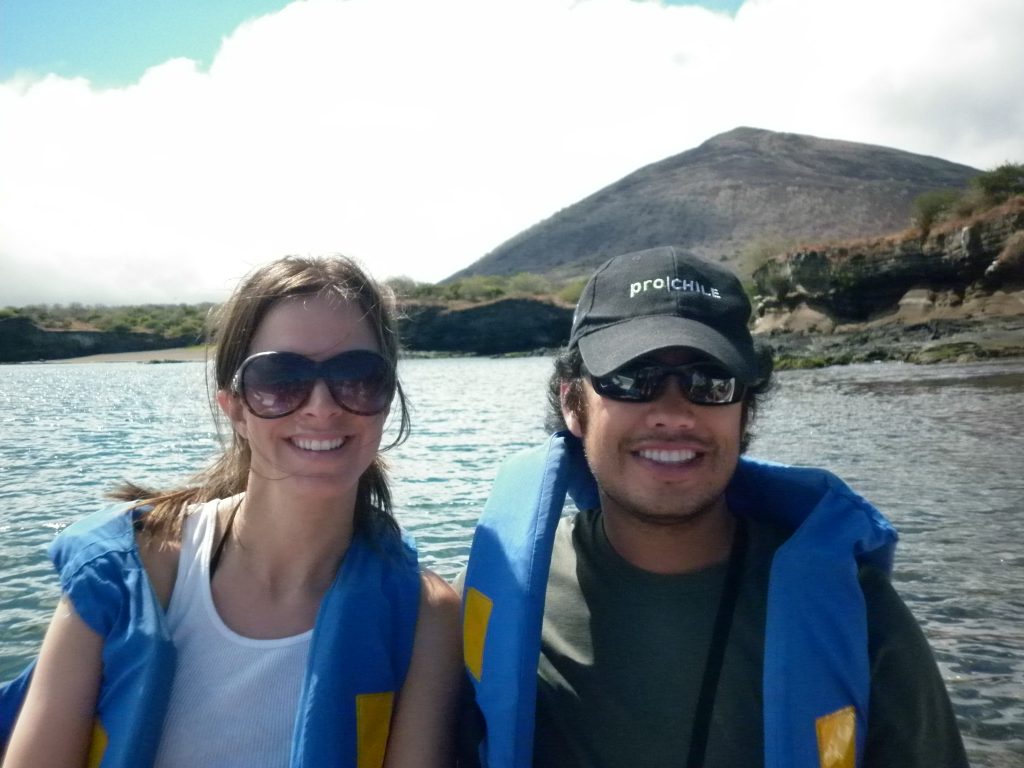 Afterwards, we went to Rabida Island.  Here we went snorkeling and saw some sea turtles.  On the beach, were more sea lions. 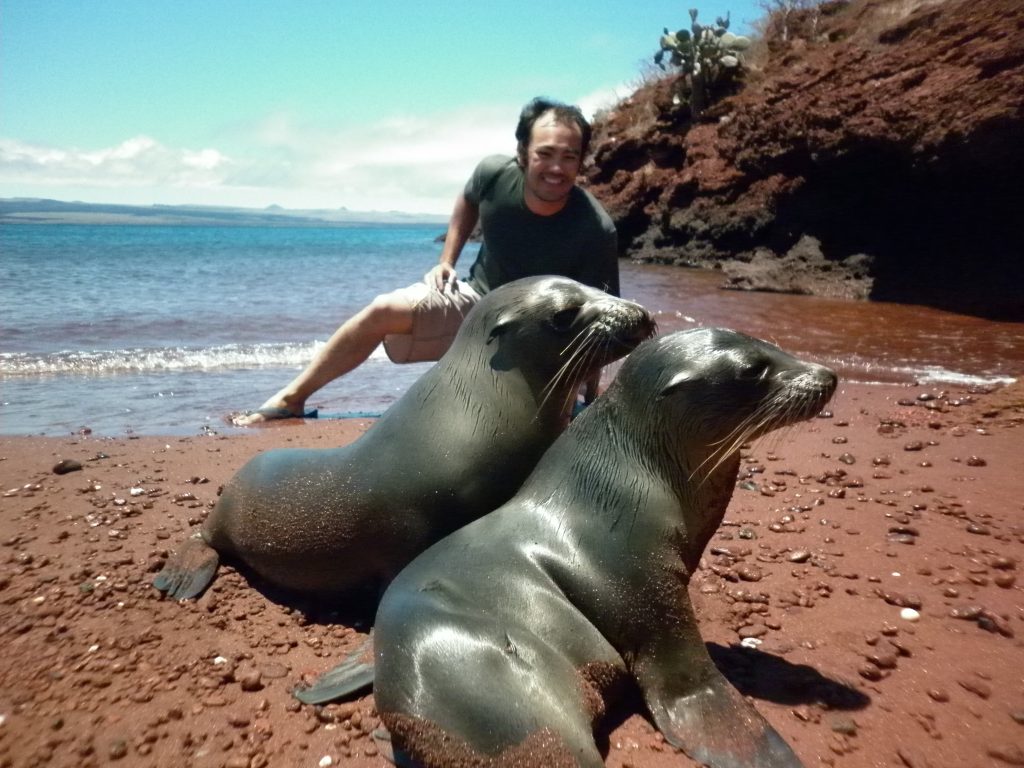 A pair of young sea lions on Rabida Island 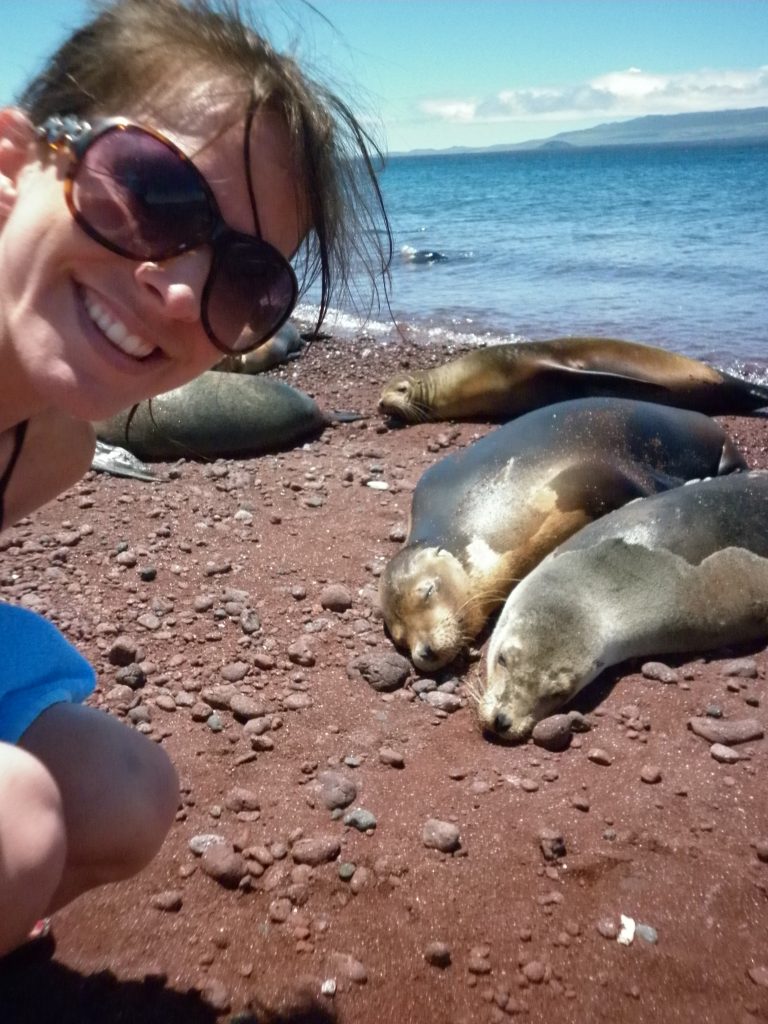 Everyone took the dinghy back to the boat while I swam.  I made it my policy to swim whenever I could.  The water in the Galapagos was a lot colder than I thought, but it was bearable.
Our yacht took us back to the harbor at Puerto Ayora for the night.  The next morning we went to the Charles Darwin Research Center.