"You eat sea urchins the same way you that you kiss a woman."

The Rapa Nui women who showed me how to eat sea urchins on Easter Island, Chile. 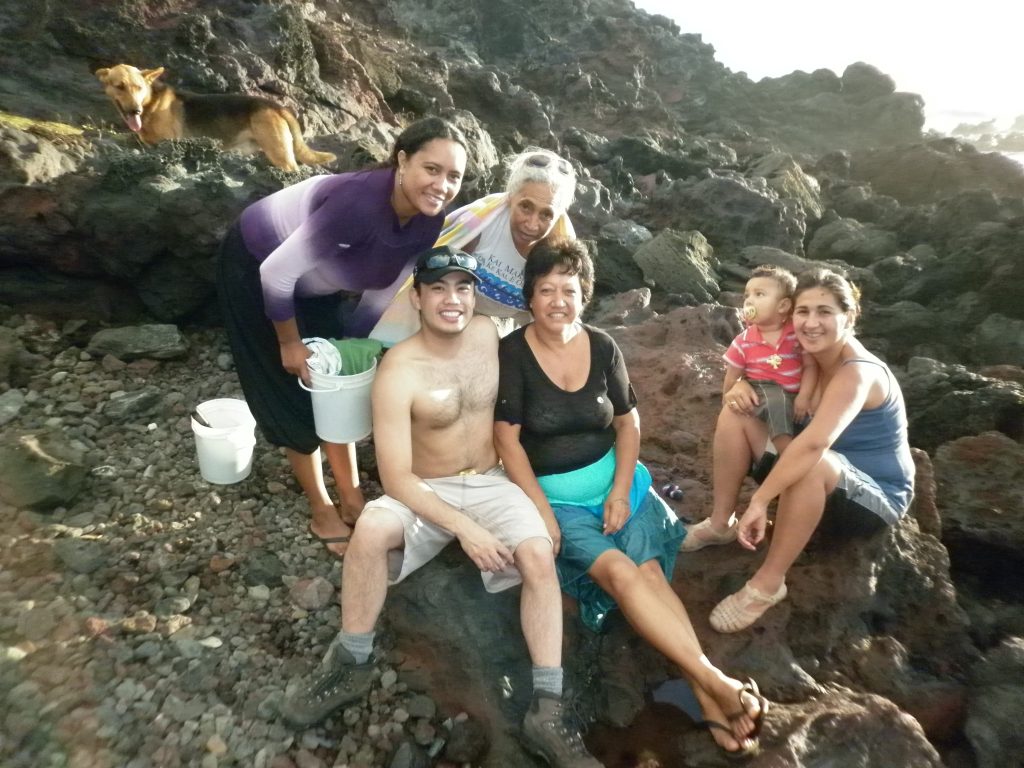 Casie and one of the Rapa Nui women. 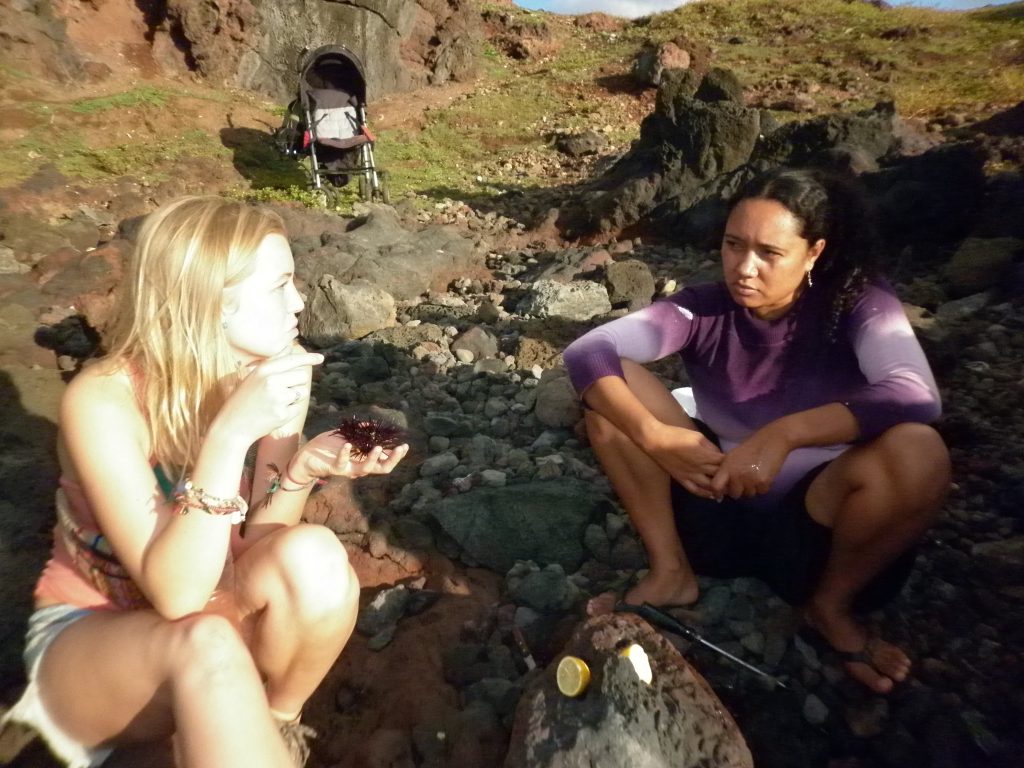 I arrived on Easter Island on Sunday, May 8th. I met Casie, a girl from California who was staying at the same place that I was, and we started walking from our campsite at Mihinoa towards the moai statues that lie just north of the harbor at Hanga Roa.
We were walking along the sharp, lava rocks that lined the coast line when we encountered four Rapa Nui women and a 1-year old baby scouring the tide pools. Curiosity, as always, got the best of me and so I went up to them to ask what they were doing.
They said they were picking sea urchins. Of course, I didnt understand them because I dont yet speak Spanish well enough, but I could tell just by looking at what they were collecting in their white, plastic bucket.
I watched as they placed one of the dark, purple sea urchins against the rock and broke it in half with a screwdriver. Then they would put the sea urchin to their mouths and suck out the orange and black slime that was inside of it.
They offered me to try it, and so I did. I was reluctant at first because of the sharp spines on the sea urchins. Then one of the ladies told me in Spanish that I was supposed to eat the sea urchin like I kiss a woman. (Thank goodness Casie was there to translate because I had no idea what the Rapa Nui woman said!) “¿Con mucho cariño?,” I asked. [meaning “with lots of affection?”]
“Muuah. Muuah!” I pretended like I was kissing the sea urchin affectionately. They laughed. Then with all seriousness, I puckered up and sucked the orange and black slime out of the sea urchin. Tasty it was.  Now I know that you eat sea urchins the same way that you kiss a woman- though I won´t be doing it with as much “cariño.”
This entry was posted in Chile. Bookmark the permalink.