The Navimag ferry to the Patagonia

It was Monday, May 23, 2011. Kayla, Javiera, Marnoch and I were all up early to catch buses and part ways after traveling together for the last 4 days. Javiera left the Nuevo Mundo hostel the earliest to catch her bus at 8:35 am to Puerto Montt to be in time for her afternoon flight back to Santiago. Kayla, Marnoch and I left for the bus station at 9 am. Marnoch and I boarded the 9:40 am bus to Puerto Montt, saying our last goodbyes to Kayla who would later leave by bus to Castro where she would spend more time exploring Isla Grande de Chiloe.
Having danced the night away, I slept the entire way back to Puerto Montt. Once Marnoch and I got there, we picked up the backpacking equipment that we left a few days earlier at the Casa Perla hostal, shook hands and then said our goodbyes. Marnoch would proceed north to Bariloche, while I would go south via the Navimag ferry to Puerto Natales in the Patagonia. 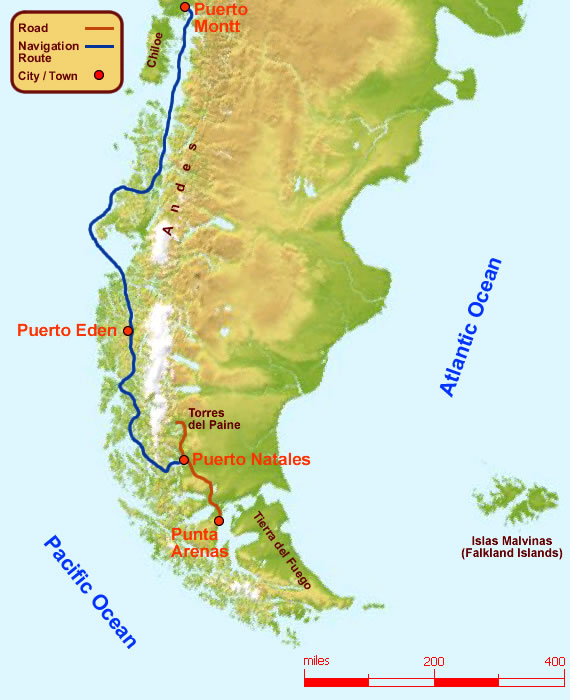 The Navimag goes through the Patagonian fjords and channels.

I boarded the Navimag at 4:30 am. Since it was low season, there was barely anyone on board. It was four Argentinian men, two British men, one British woman, and roughly 8 Chilenos. I was beginning to get worried that I would be bored out of my mind with hardly anyone to talk to for the 4-day/3-night voyage to the Patagonia. I wrote a few e-mails and downloaded a book on my Kindle just before the ferry set sail from Puerto Montt. 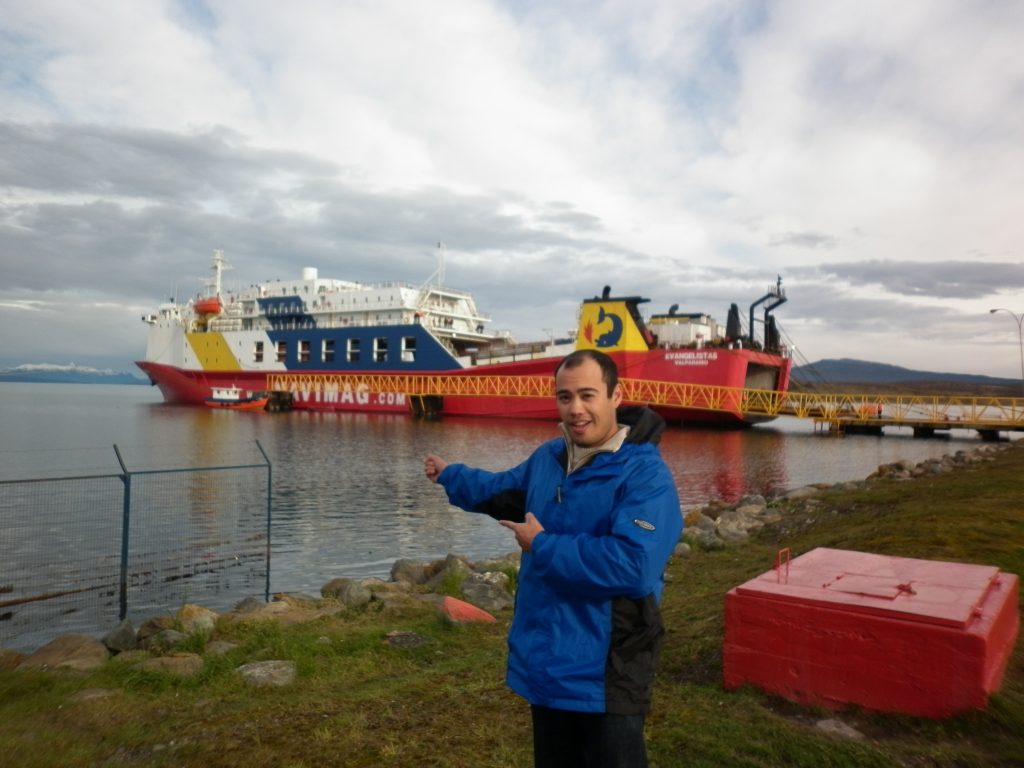 My highlights from the trip are as follows: 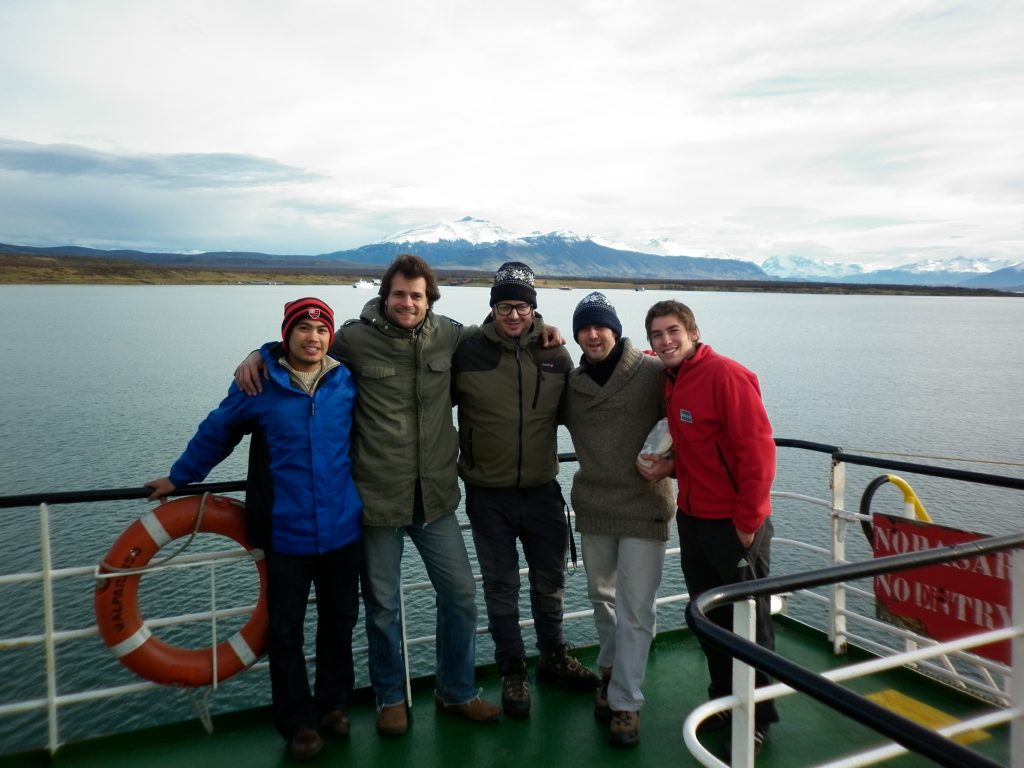 From left to right: Joey and the Argentinian film crew, Guillermo, Gustavo, Gustavo, and Vicente 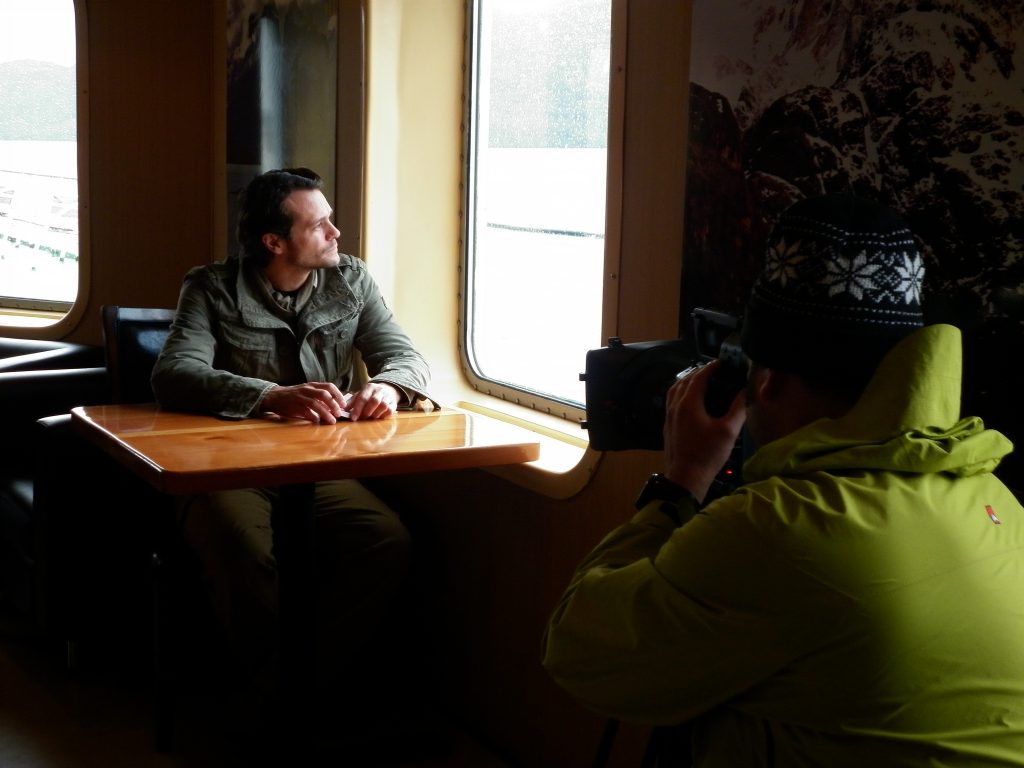 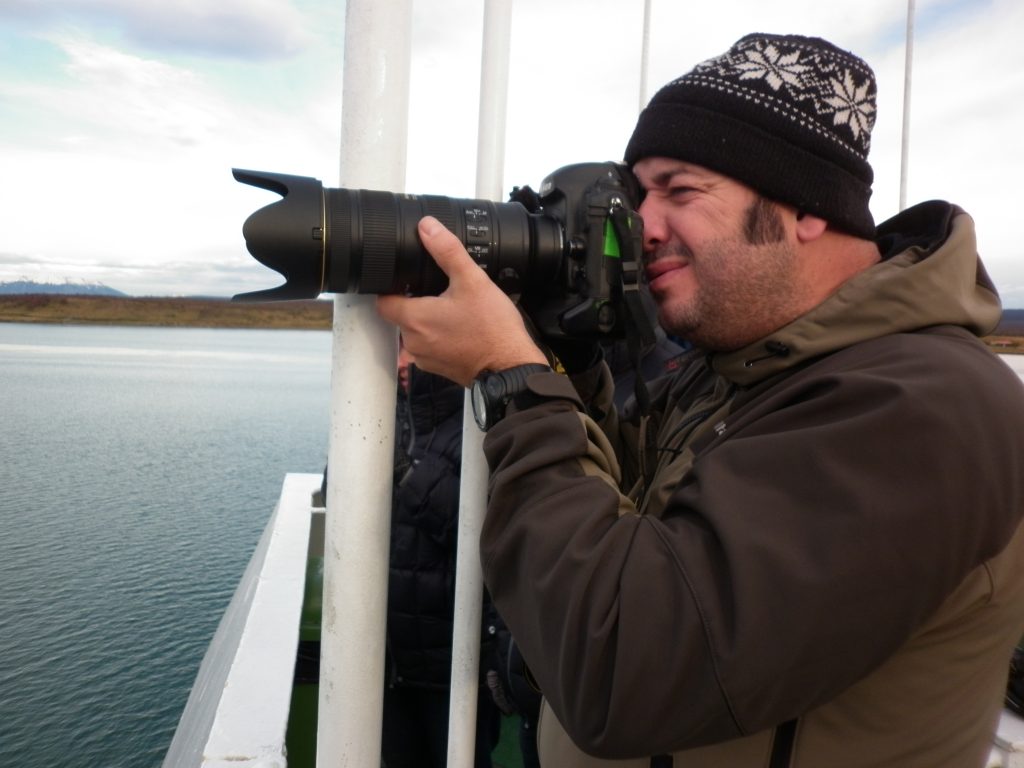 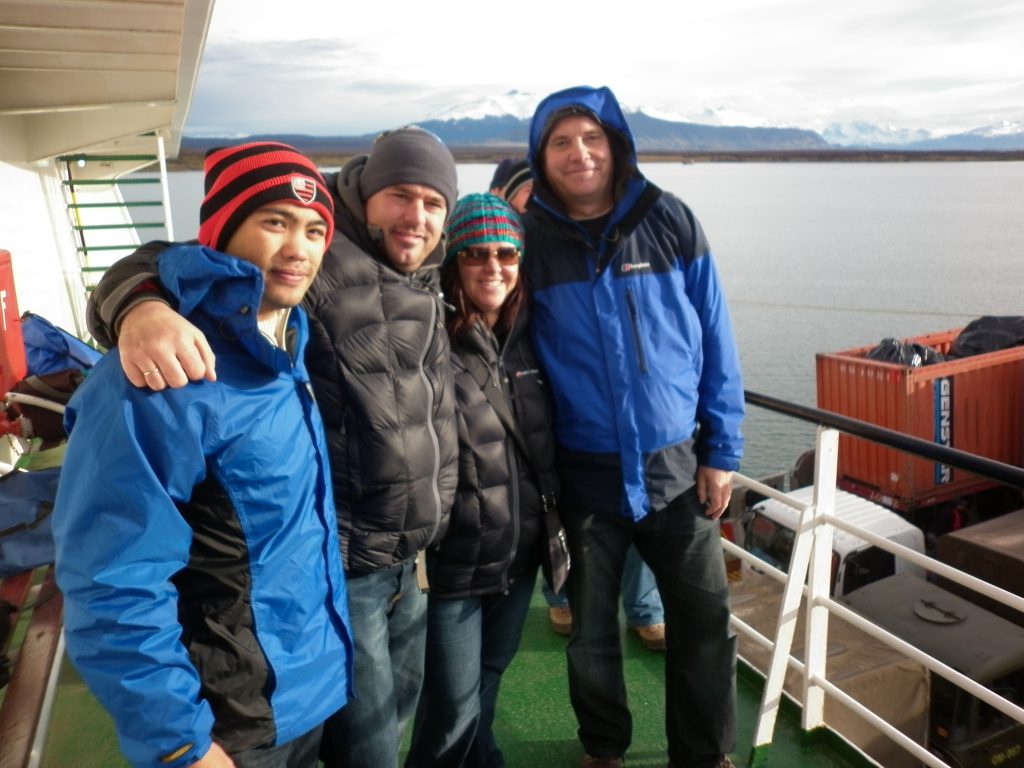 From left to right: Joey and the Brits, Darren, Deb, and Mark 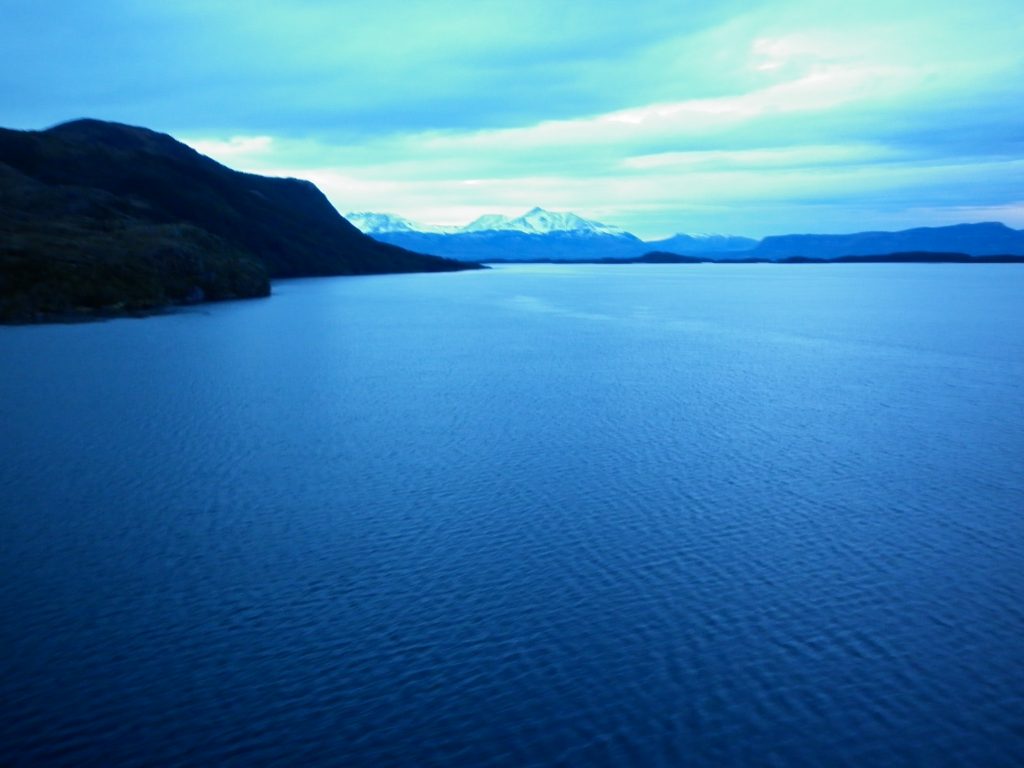 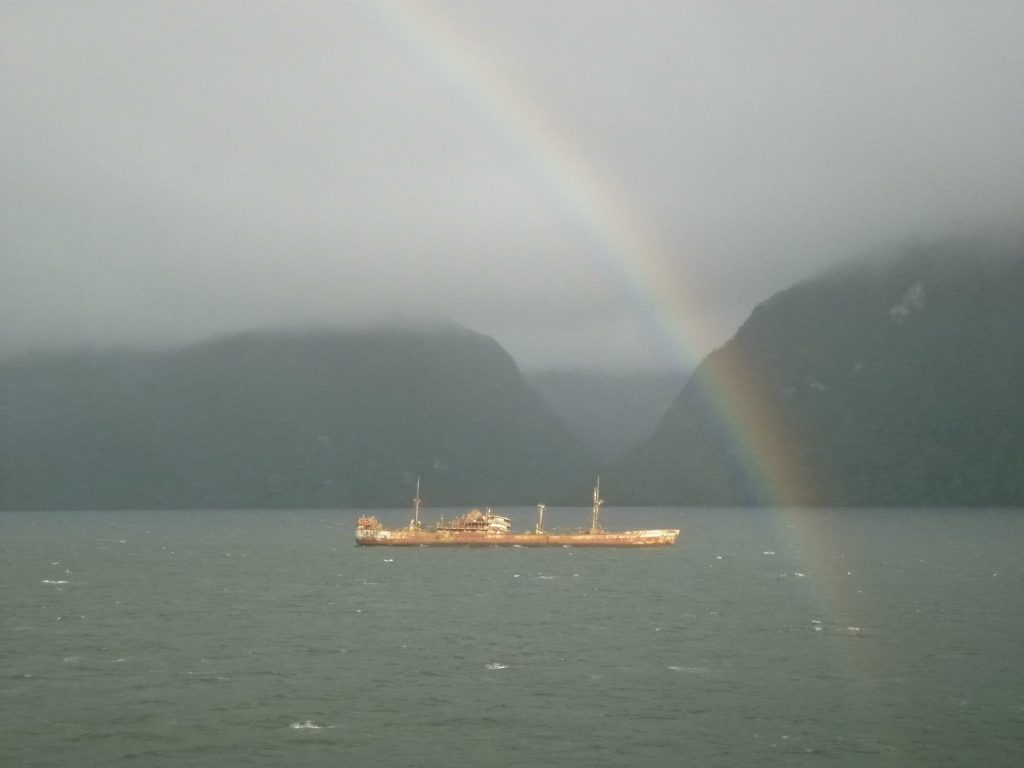 The not-so-great parts of the voyage were:

Overall, I thought the ferry was very relaxing and my accommodations were comfortable.  I finished my book, was entertained by movies that the crew played, I loved the food, and I enjoyed the company of the Argentinians and the Brits.

This entry was posted in Chile. Bookmark the permalink.