Colombia – The only risk is wanting to stay!

Exactly one year ago I was traveling in Colombia for my first time.  I was trying to bum a ride from San Gil, Colombia to the Cartagena on the Carribean coast.  Some friends of mine put me in touch with a driver from the EcoPetrol company who was able to take me as far as his hometown in Aguachica.  From there, my plan was to hop on a bus for the rest of the journey.
The driver’s name was Anuar Rodriguez and I was grateful that he could take me as far as he did.  I got to ride shotgun in his company’s pick-up truck, which was great because I could wear a seatbelt, recline comfortably and sleep and we could stop whenever we wanted to take pictures as we drove through the scenic Chicamocha Canyon.  I felt at the top of my traveling game, doing and seeing things that normal tourists don’t do, as long I didn’t get kidnapped, robbed or murdered. 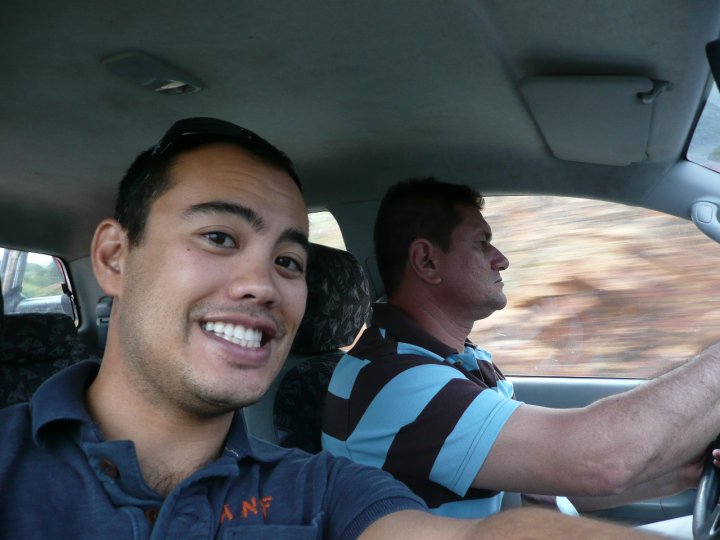 Along the way, Anuar stopped and bought hormigas culonas (roasted ants) to share with me.  He also bought me dinner.  When we arrived in Aguachica, he brought me to his mother-in-law’s house which sat at the corner of an intersection where people on scooters buzzed by and Colombian vallenato music played on loudspeakers at the groceries store across the intersection.
I was surrounded by his family and several friends.  There were a handful of waist-high 5 and 6-year old kids, a couple of 13-year old girls, and several adults.  With so many people gawking at me in a language I didn’t understand, I could have easily felt uncomfortable but I wasn’t.  It was really cool to see how this Colombian family interacted with each other and to try to pick up Spanish from them.  They bought me beers and one of the friends, a pediatrician named Saul, took me for a ride in his air-conditioned car to tour Aguachica. 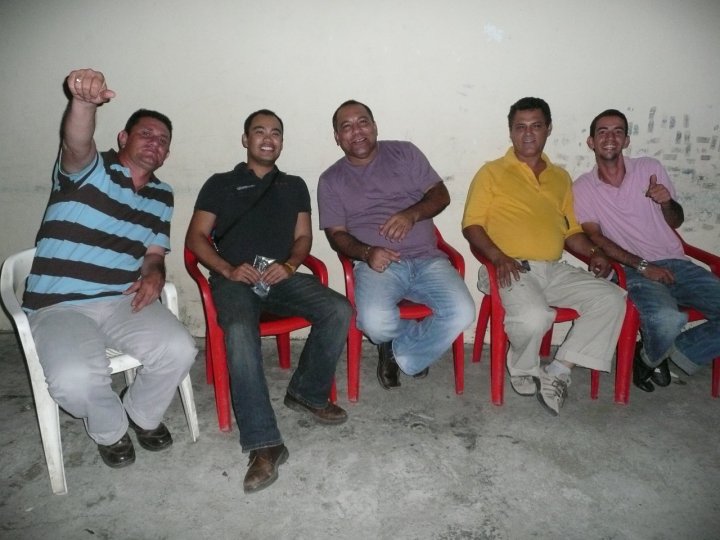 From left to right, Anuar, Me, Dr. Saul, Dionover, and one of the guys from the auto shop next door

More of the family. What this picture doesn't capture is the rest of the large circle of people that surrounded me.

Anuar put me up in a hotel for the night.  The next day, I met so many people as Anuar’s wife, Marina, drove me to all her brothers and sisters’ homes to visit them and their families.  I met everyone at the shoe store where she works in the town center.  Everyone I met was so warm and friendly.  I was the first American that they had ever personally seen and met.  They treated me like royalty- even better- these strangers treated me like family. 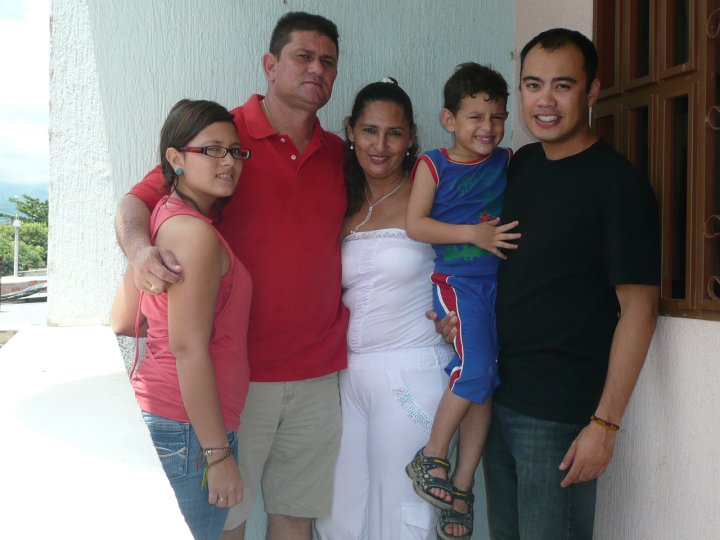 So I left for Cartagena the next day.  It was hot as hell and I hated it.  I took pictures of the city and actually cut my trip short to revisit Anuar and his family in Aguachica.  I felt that I’d make more progress on my goals of learning Spanish and getting some cultural interaction by hanging out with them instead of sitting on a beach by myself.  I went back to Aguachica and got exactly that.  The added bonus was that I got to celebrate one of the girl’s 15th birthday, or quinceanera, which is a pretty big deal in Latin culture. 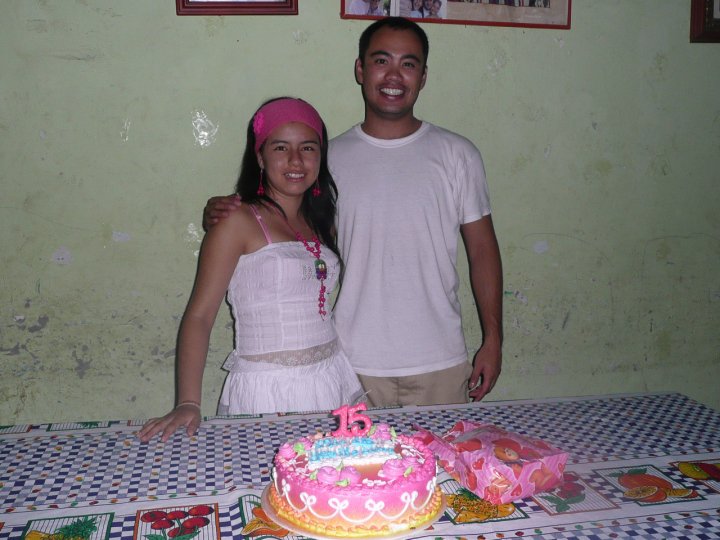 Me and the birthday girl, Yessica

I spent an extra day or two in Aguachica before making my way back to Bogota and my flight back to the USA, but my stay there left an overwhelmingly positive impression upon me.  I had promised myself and my friends that I would one day return to Colombia.  And ever since I had left Colombia in August 2010,  I had been dwelling obsessively on how I might one day return.
Fast forward to two weeks ago.  I had flown to Bogota from Lima, spent the night with my dear friends, Nancy and Earnesto, and then hopped on a bus for 15-hours back to Aguachica.  Of course, I was greeted with the same warmth and hospitality as I experienced last year by Anuar and his entire family.  A year had passed since we last met and we hadn’t lost step with one another.
Some of the highlights of my 3rd trip to Aguachica include: 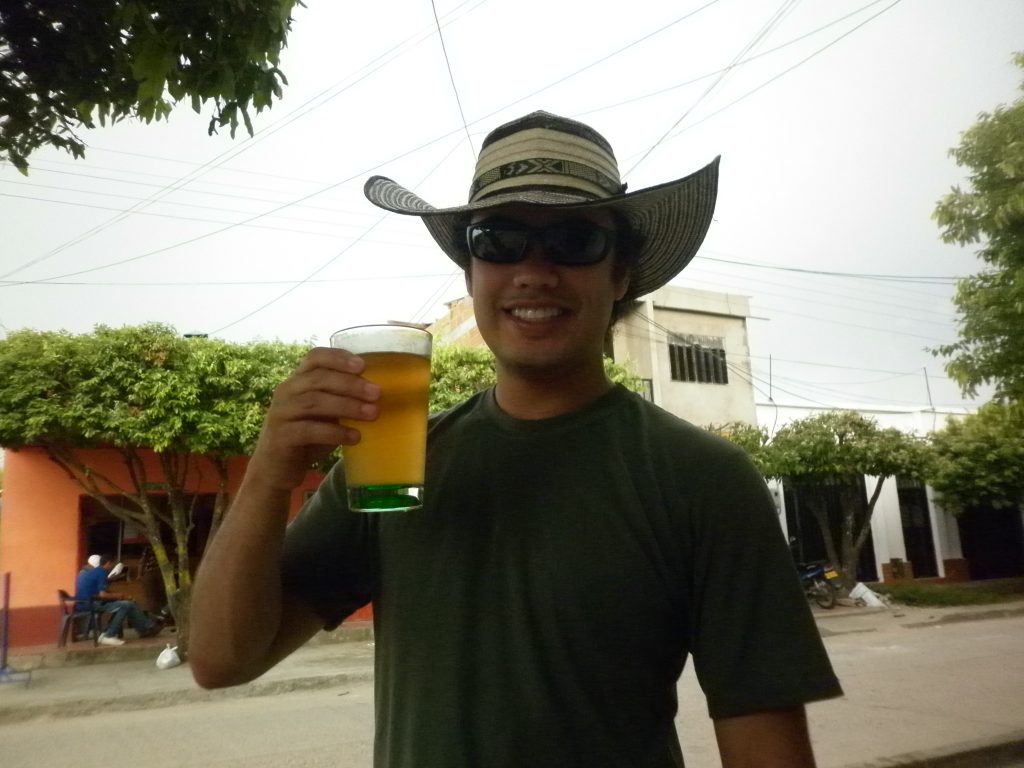 Delicious lemonade made with panela (sugarcane)!

I ended up spending about a week and a half with Anuar and his family.  I had planned to leave sooner to visit friends in San Gil, but I ended up staying a little longer just because I like these people so much.  What finally made me leave Aguachica was the fact that I had to pick up my friend, Anna S., at the airport in Bogota so we could travel the rest of Colombia and Ecuador together.
Anyone who knows me knows how much I hate hot weather.  It’s also very expensive to travel.  It’s usually prudent to not visit the same country more than once.  Having said that, I’m willing to suffer the heat and spend a small fortune to visit my friends in Colombia because it’s worth it.  If I could choose between seeing the 7 wonders of the world and making meaningful relationships with people, I’d choose the latter.
At this point, there’s not much more that I’m excited to see in the world.  I’ll still travel out of principle and to keep gaining life experience.  But I’ve decided that I will continue to regularly visit Colombia for the next few years until my life becomes so complicated that I can no longer do so.
I feel at home here. 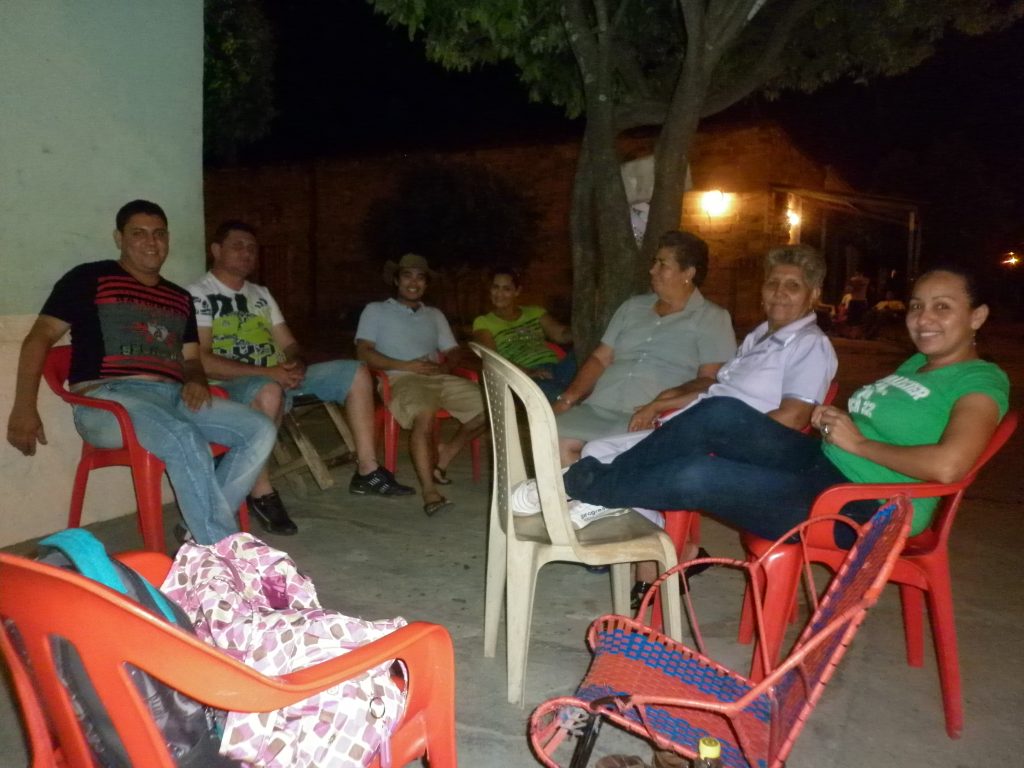 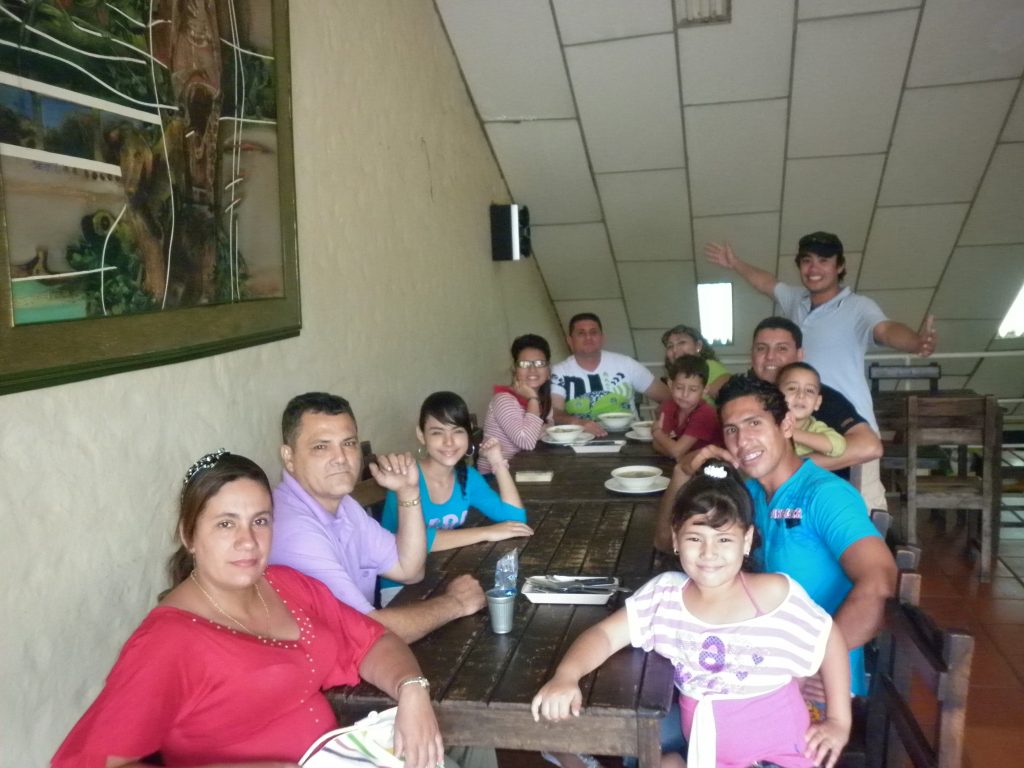 Going out for lunch in Ocana