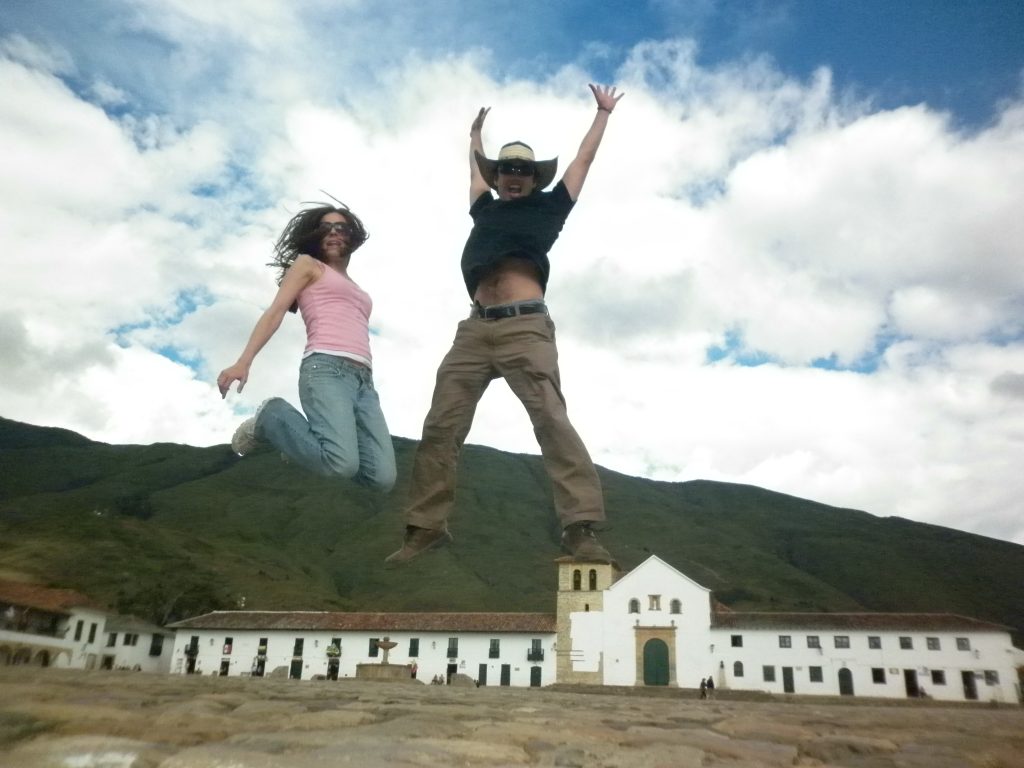 Villa de Leiva. (The first of many jumping photos to come. This was the 8th try!)

Last year when I visited Villa de Leiva, I came away with the impression that it was just a sleepy little town with cobblestone streets and colonial architecture.  The best part for me were the besitos de novia, the delicious, merengue-covered cookies that are endemic to Villa de Leiva. 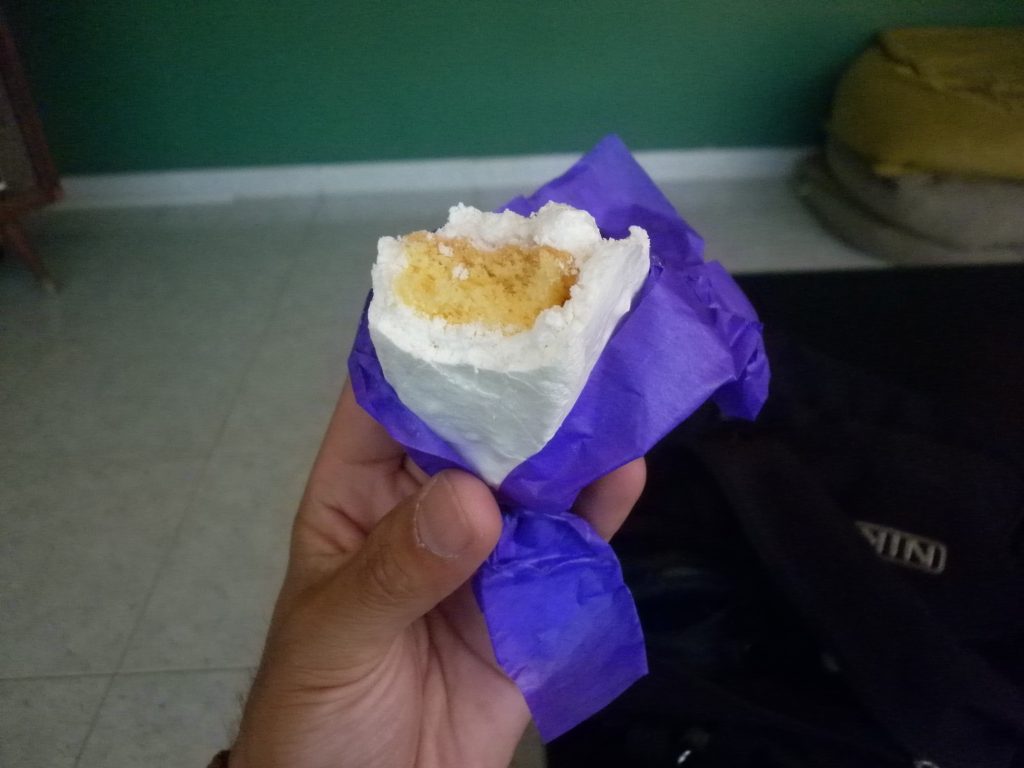 A cross-section of a besito de novia

On the morning of Aug. 28, 2011, Anna and I made our way from Bogota to Tunja by bus, and then onward to the sleepy little town of Villa de Leiva.  When we arrived, the plaza was full of people flying kites.  It wasn’t as sleepy and “provincial” as I had previously thought! 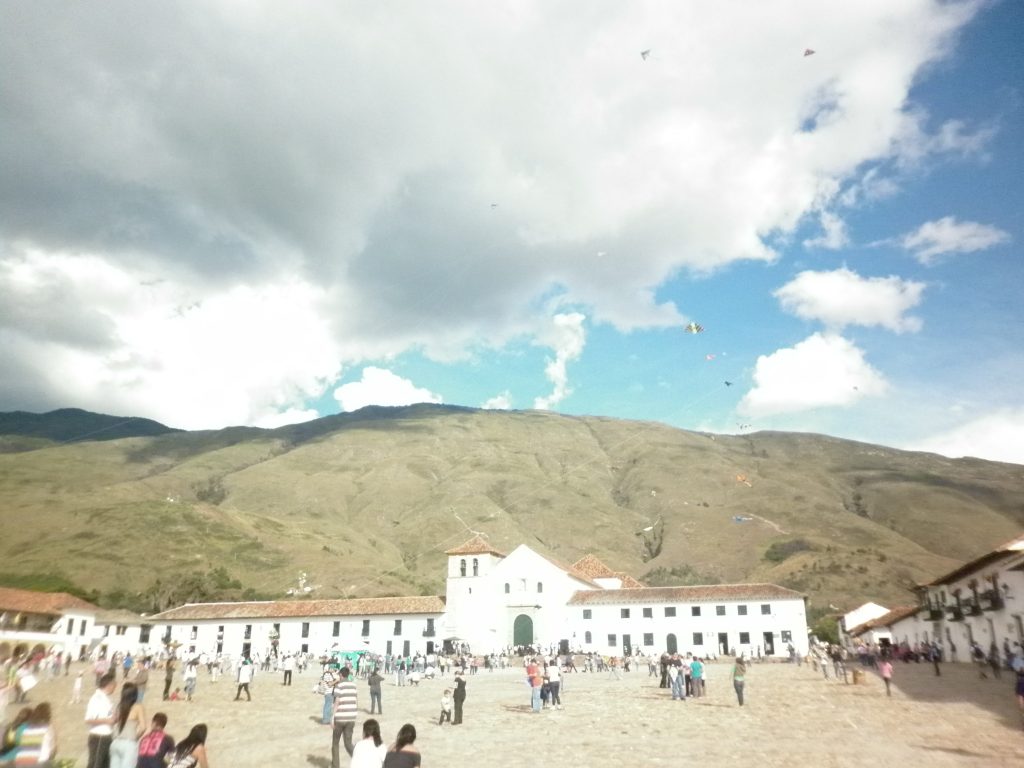 The plaza at Villa de Leiva

I wanted to take Anna on a hike up to an overlook of the entire town.  On our way, we saw that there were dark, ominous clouds in the sky threatening to pour rain down on us.  We decided to not continue with the hike, based on local advice that it probably was going to rain.  So we walked back to the center of town.
The cool thing about canceling the hike was that we had the opportunity to listen to a concert performed by a Venezuelan orchestra.  They played marvelously!  The rain never came, even though we could see the rain falling very close to where we were sitting.  That made for a very enjoyable evening. 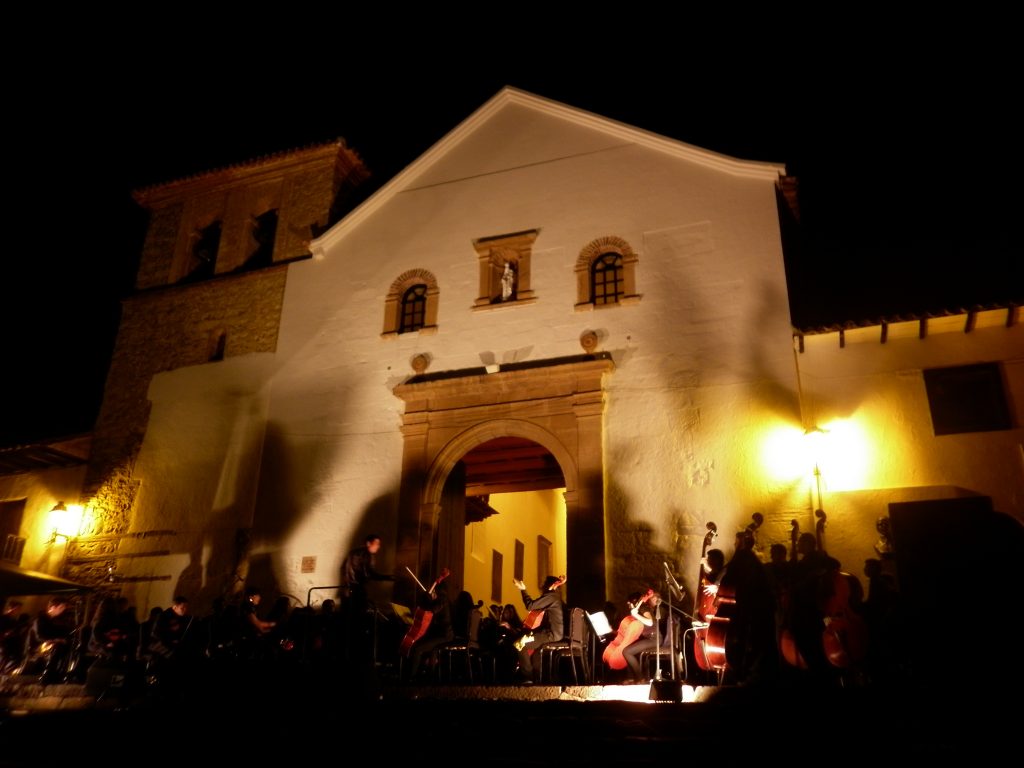 The following day we went on our hike.  The trail was technically closed for conservation reasons, but we didn’t know that until after we had already hiked.  The trail hadn’t been used all year long and was covered in brush.  Our refusal to quit pushed us to wade through the brush and explore areas that weren’t even part of the trail.  In essence, we even lost the trail until we decided to backtrack.  Only then did we find the proper trail and made our way to the scenic overlook.  There, I tried to fly the kite that I had bought for my friend’s 5-year old son in Aguachica, but there wasn’t much wind.  It was still fun regardless. 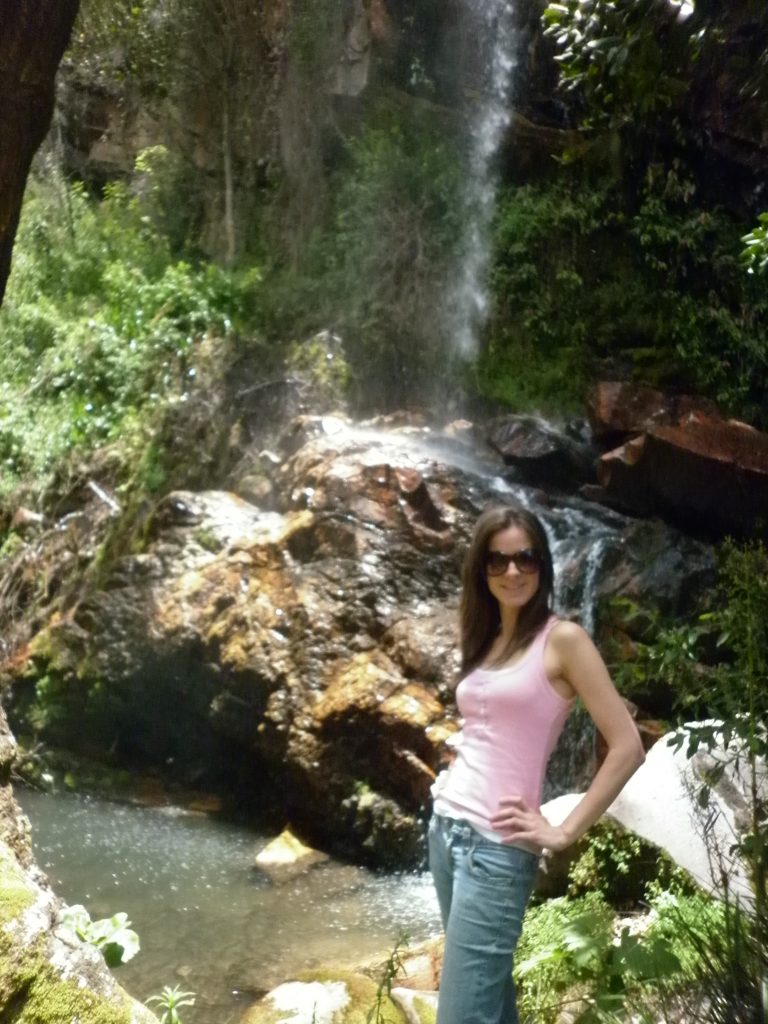 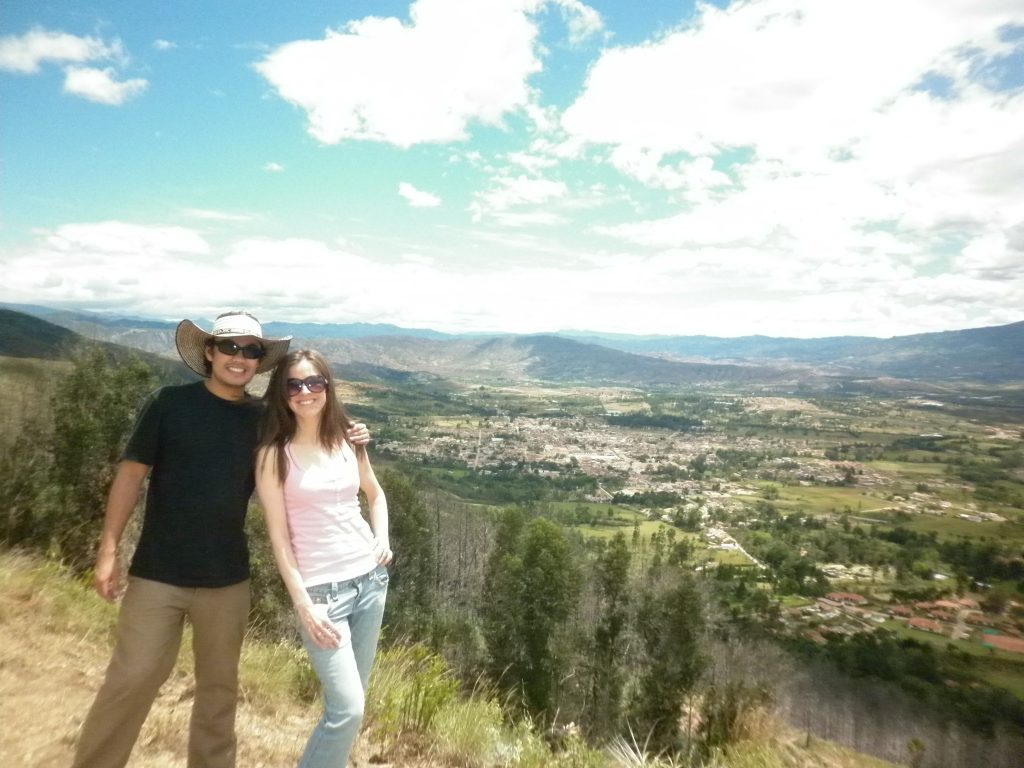 After our hike, Anna and I met up with Yolima, a friend of mine from last year.  We had lunch and then bought 80 pieces of besitos de novia from her mother’s bakery as gifts for my friends in Aguachica. 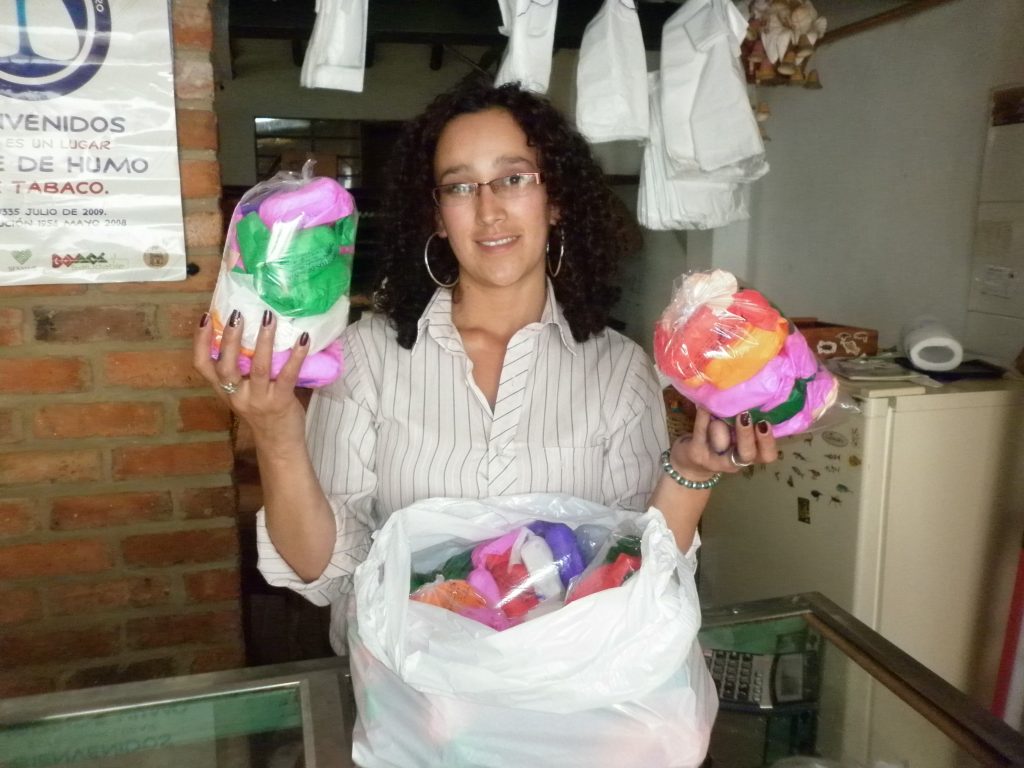 Yolima and a whole lot of besitos de novia! 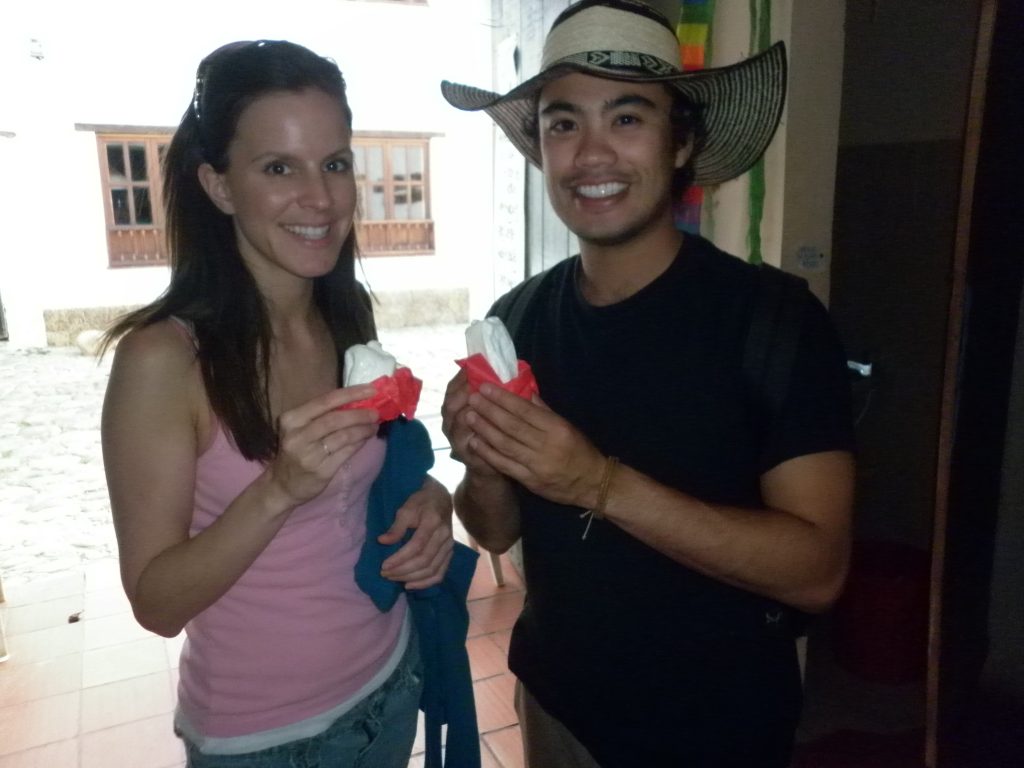 After visiting with Yolima, Anna and I took a few more pictures and then hopped on a bus to take us to San Gil.  (It was actually a really long, wayward journey through the night, but we made it.) 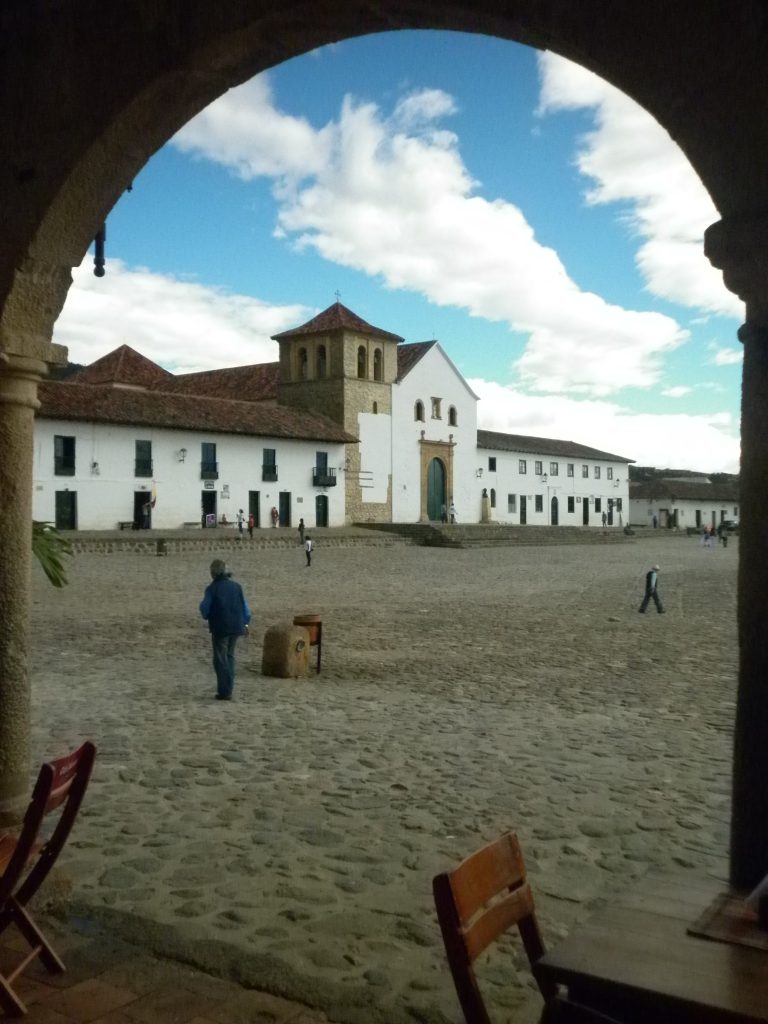 The church at Villa de Leiva