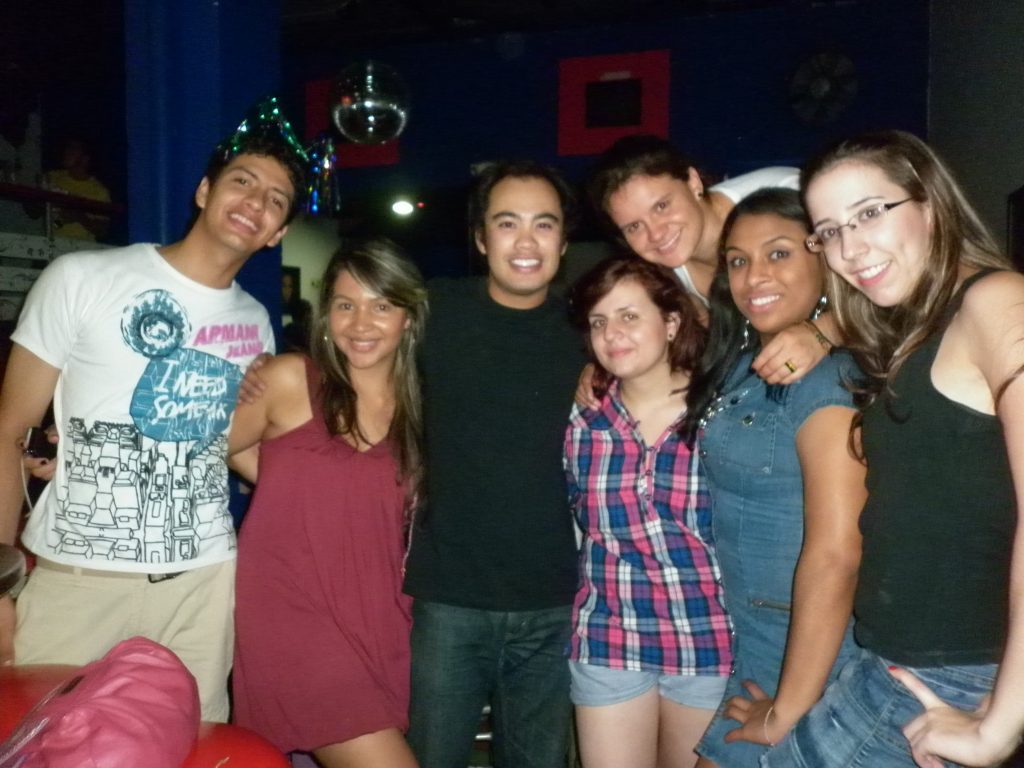 Medellin is known for its nightlife.  Anna and I went out for a night there.  We went to this club called Red, not too far from the Tiger Paw hostel where we were staying.  We sat there for a while drinking our beers and watching other people dance.  Eventually, we left to see where else was good for dancing.
Anna and I saw a bunch of Medellin girls walking on the street and she told me to go talk to them.  I approached them and asked what they were doing.  They said there were going to a place to drink shots.  I asked if Anna and I could accompany them, and they were happy to oblige.  Even better was the fact that they all spoke perfect English so communication became seamless.
The place didn’t have shots, so we went to a place called Blue, right across the street from Red.  Anna couldn’t get in because she didn’t have her ID.  She went home instead.  At Blue, they played awful rock music in English.  The Medellin girls and I quickly changed scenes and went back to Red.  Then, I was finally able to dance for the first time.  I spent the rest of the night there until the club closed.  Grabbed a hotdog on the way home, and went to bed.   It was a fun night out and I wasn’t even drunk.  Even though I drank some beer and the local aguardiente, offered to me by the Medellin girls, it had no effect on me.
This entry was posted in Colombia. Bookmark the permalink.