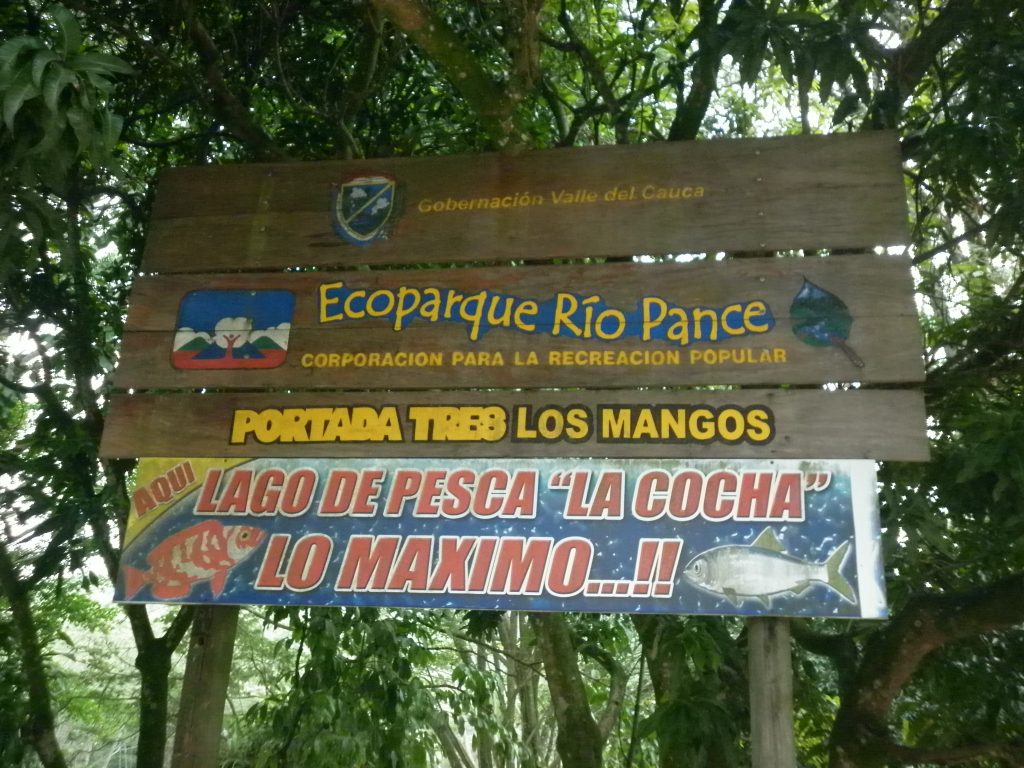 We went swimming at the Rio Ponce park for the day.

Anna and I arrived early in the morning in Cali.  We checked into the Jovita’s Hostel, where Anna went straight to bed and I hung out working on my Rubix cube.  Adriana, the receptionist told me that her and a handful of other backpackers were going to the Rio Ponce to go swimming.  Anna and I went with them in the afternoon because we really had nothing better to do around the hostel. 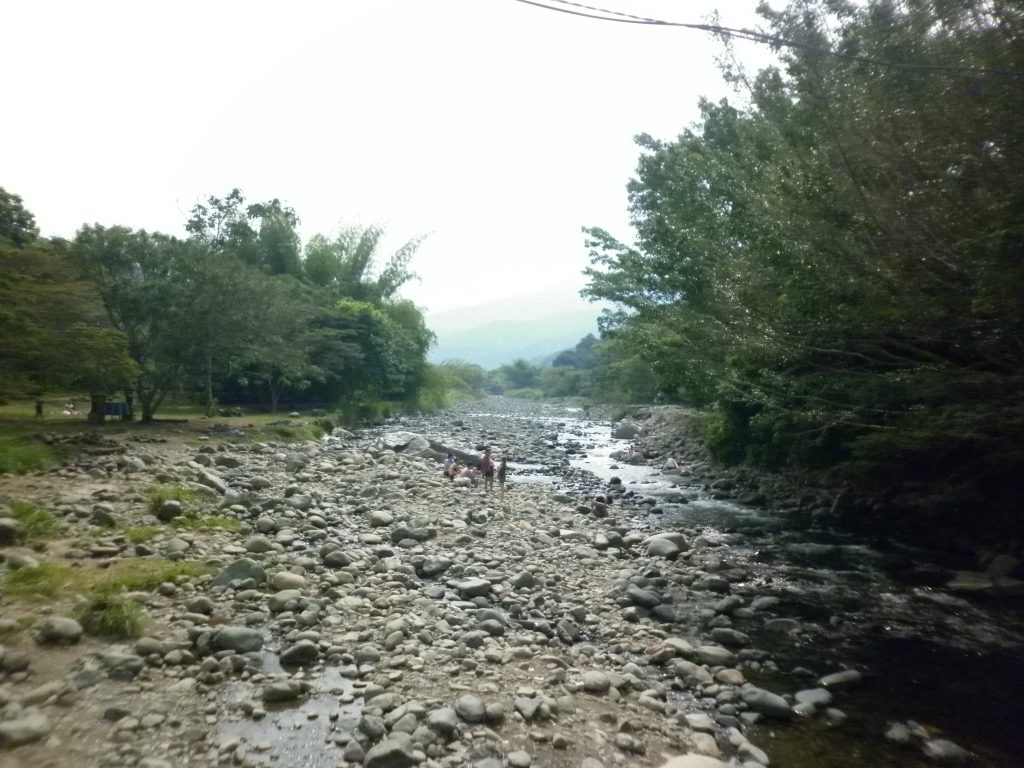 The water level at the river was really low, and we could barely swim in it.  Anna spent the afternoon sitting on the riverbank reading a book.  I, on the other hand, spent all my time in the river.  I did the best I could trying to float on my back through the rapids or swim against the current like a salmon.  Also, I’d hold on to a rock with one hand underwater and just feel the river moving past me as I’d make myself as hydrodynamic as possible.
At one point, I tried to make a small raft out of some pieces of bamboo and to ride it through the rapids.  It was shoddily-constructed and wasn’t very effective. 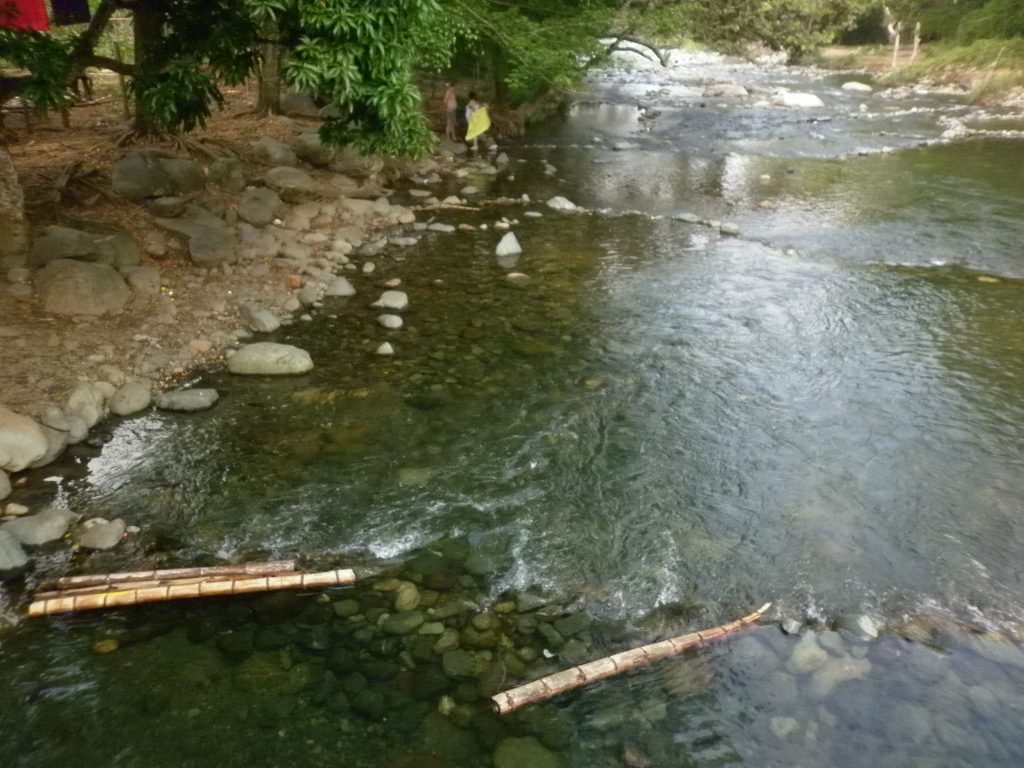 The remnants of my raft, pieces of bamboo tied together with some string I found. 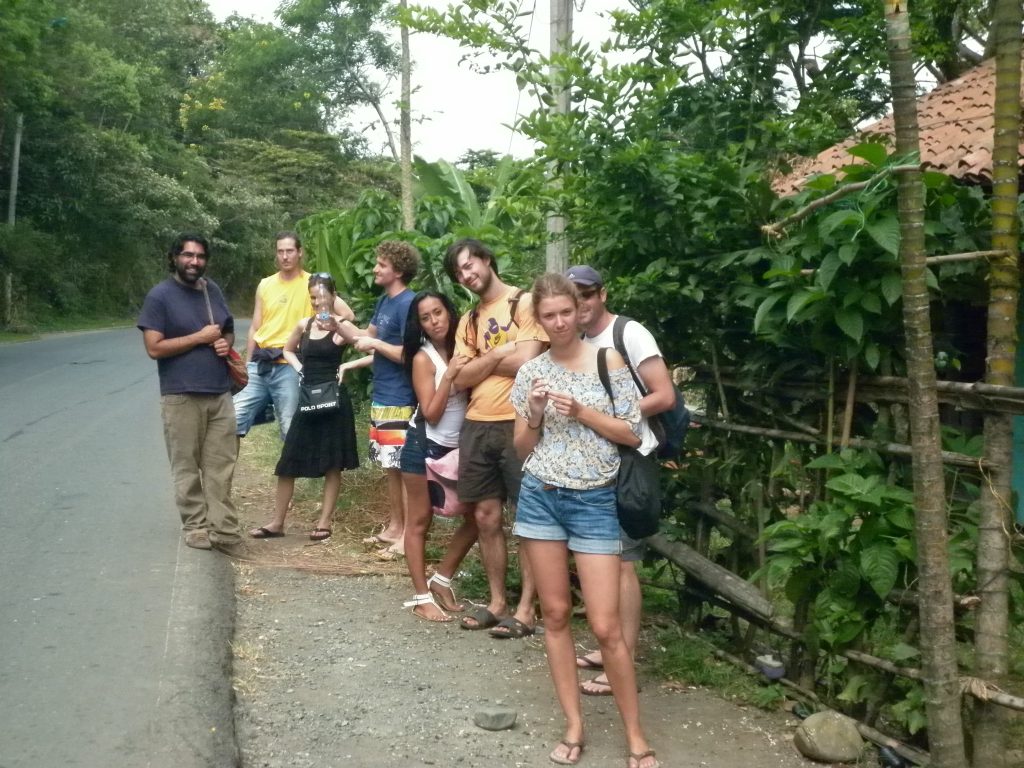 This is the group that we went to the Rio Ponce with. Here we are waiting for a bus. 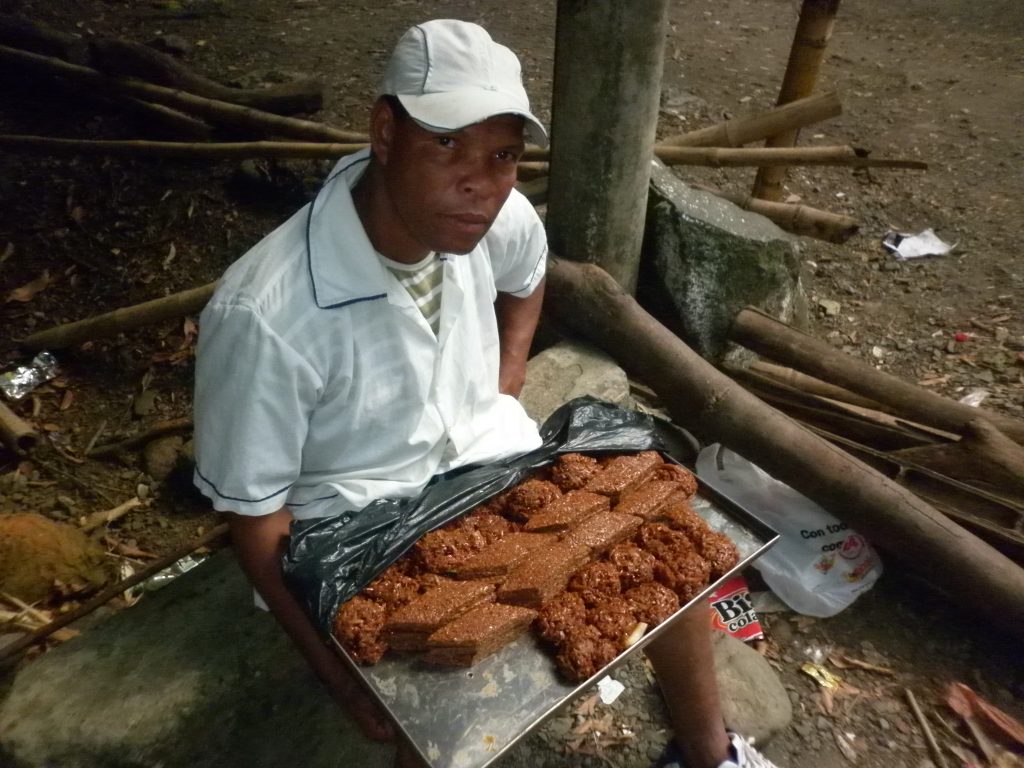 I saw this guy selling some food on the road and approached him for a closer look. 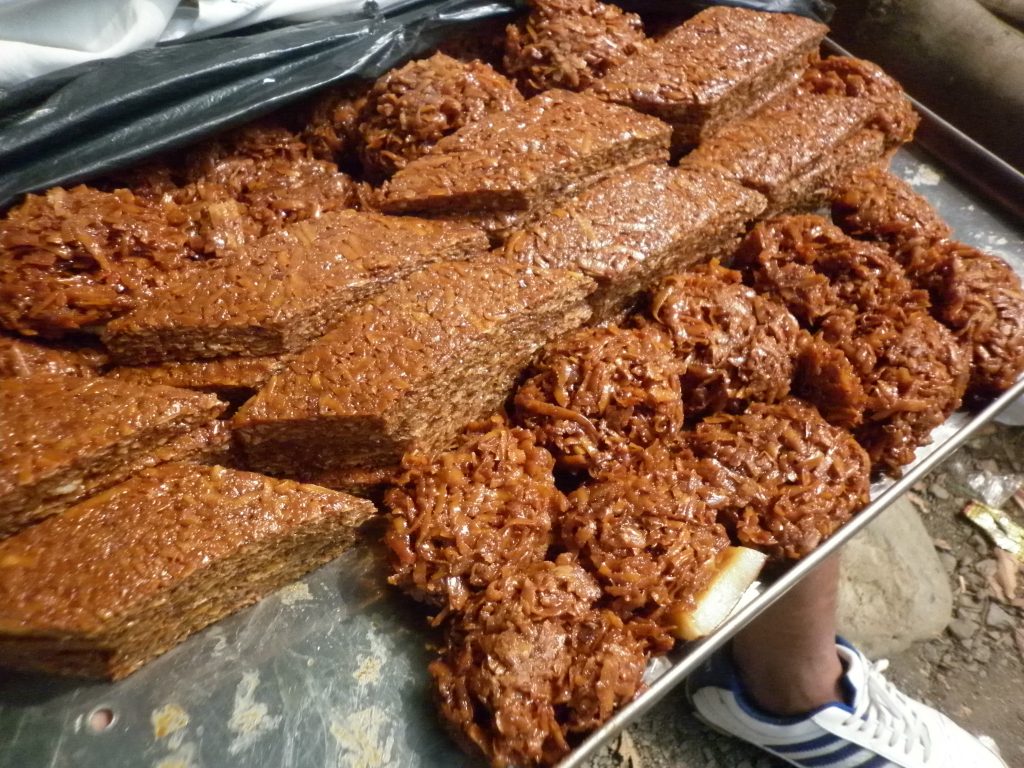 These are are called "cocadas." They are made of coconut, milk and "panela," or solid sugarcane extract. Very delicious! 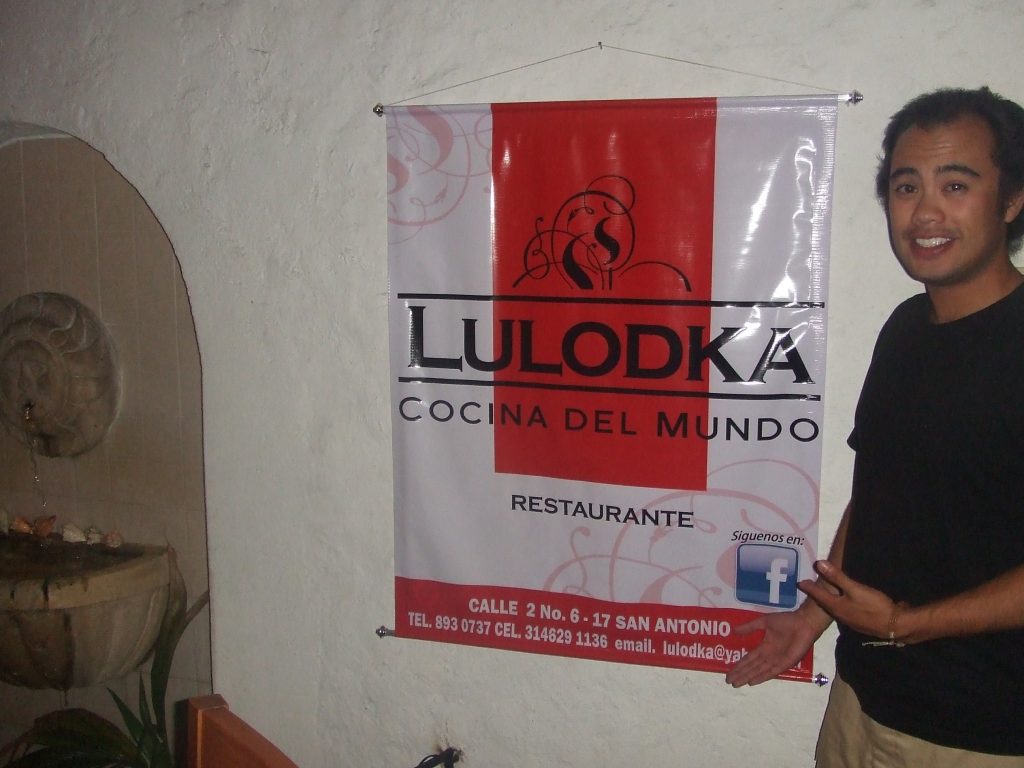 We went to this awesome restaurant for dinner. I had to take a picture to remember the name so I'll know where to go to get an excellent meal the next time I'm in Cali!

Anna and I had planned on going out to dance later that night, but we were thoroughly exhausted from being out in the sun all afternoon and we were feeling the onset of a food coma having just had a fine meal at the Lulodka Restaurante.  Everyone from the hostel ended up leaving without us.  Later when we woke, we watched the movie,  127 hours.  I fell sleep again long before the end of the movie.
The next morning, we had breakfast and made our way to the Pacific coast of Colombia to go whale-watching.
This entry was posted in Colombia. Bookmark the permalink.