“We Always Win.”  That was the travel policy between Anna and I.  We had traveled all morning to get to Buenaventura.  Once we got there, we learned that we couldn’t continue by ferry to Juanchaco to go whale-watching because it was raining and the sea was too rough.  It was one of the ugliest days I’ve had all year, hot and rainy.  We didn’t find out until after the fact that Buenaventura is one of the rainiest cities of the world!
Refusing to lose, we hopped on a ferry to Pianguita which was at least a little bit closer to Juanchaco.  There was no way were going to get stuck sleeping in Buenaventura!  Anywhere but Buenaventura would’ve been good for us.  We spent the night at this little hostel on the water in Pianguita instead.  It was charming, remote and nearly empty. 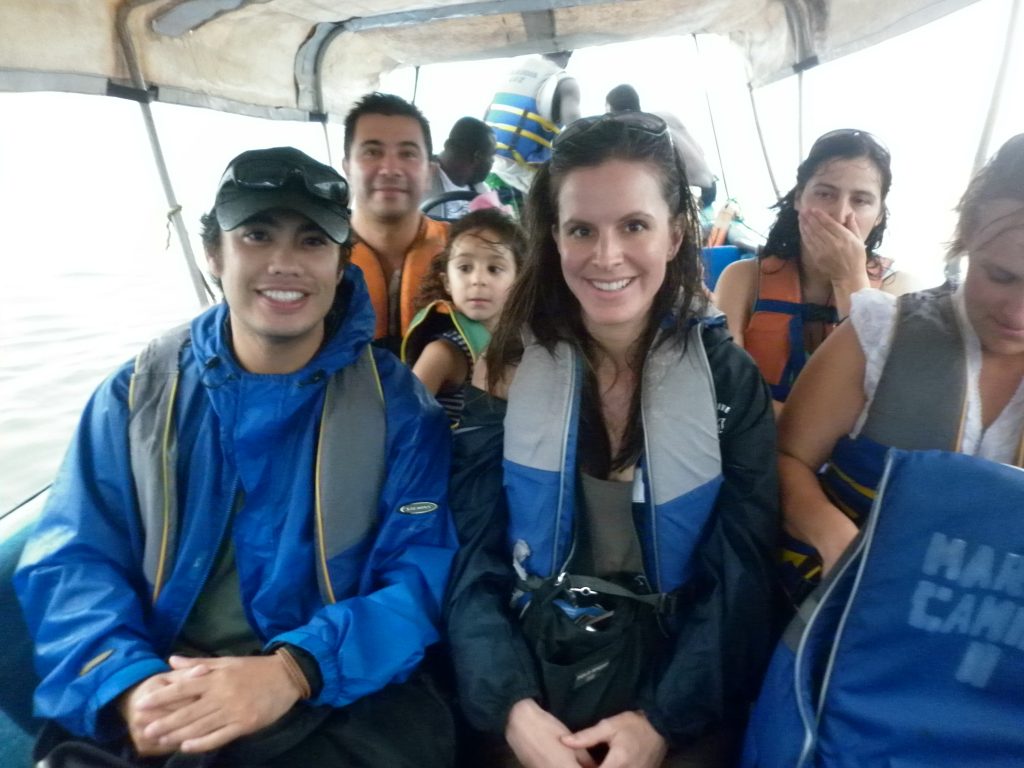 Big smiles on our faces because we weren't getting stuck in Buenaventura! Big smiles!

The sun come out the next morning and we proceeded by ferry to go whale-watching at Juanchaco.  There we took another boat that would take us to the whales. 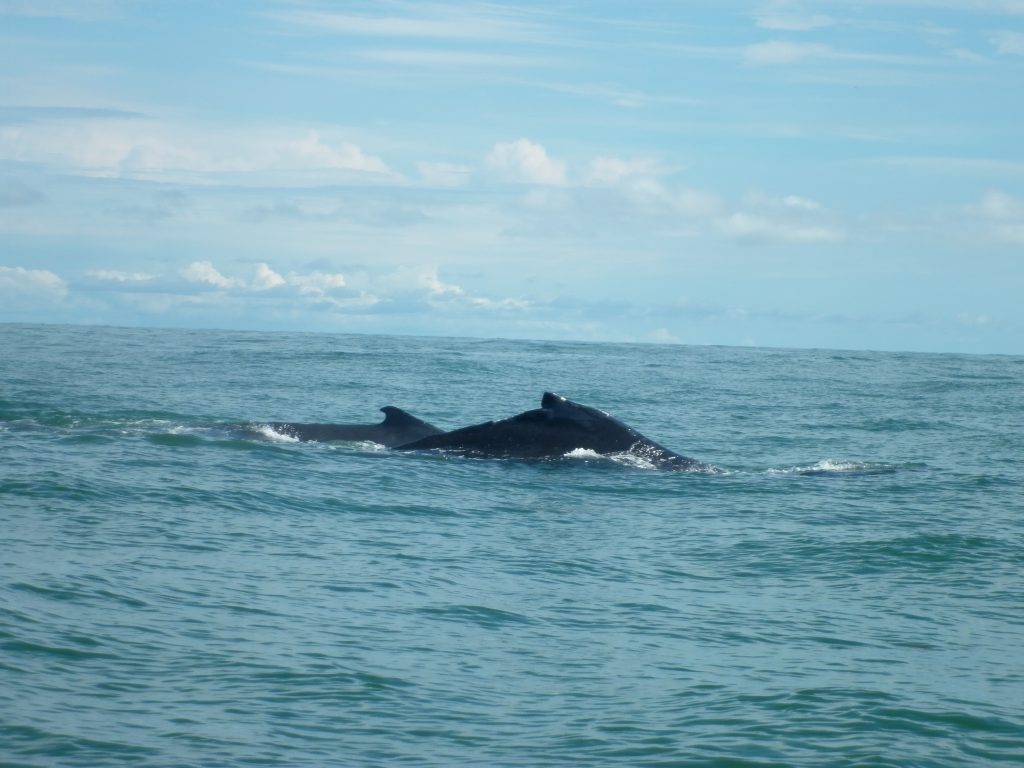 We had thought about staying a little longer on the coast.  I could’ve easily spent a few days hanging out on the beach, but Anna and I decided to continue moving fast.  We left the same day on a ferry from Juanchacho to Buenaventura, and from there by bus all the way back to Cali.  We spent the night in Cali.  From there, it was another 14 hour bus-ride to the Colombia-Ecuador border.  After that, it was about 5 more hours by bus to Quito.  We arrived in Quito late at night on Sept. 9, 2011.
This entry was posted in Colombia. Bookmark the permalink.