It was about a 45-minute flight from Quito to Guayaquil, Ecuador.  From there, it took an hour and a half to fly to the Galapagos Islands, located in the Pacific Ocean 1,000 miles west of Quito, Ecuador.  Anna and I waited around the airport for someone to pick us up.  After waiting a while, Hans, our guide, finally met us and the four other tourists with whom we’d be spending the next five days aboard the Yacht Angelito.
We rode a bus to the harbor where we got our first glimpse of the Yacht Angelito, a “Tourist Superior” class boat can sleep up to 16 passengers.  The weather was beautiful and the water was a bright blue, the kind that just invites you to jump right in on a sunny day. 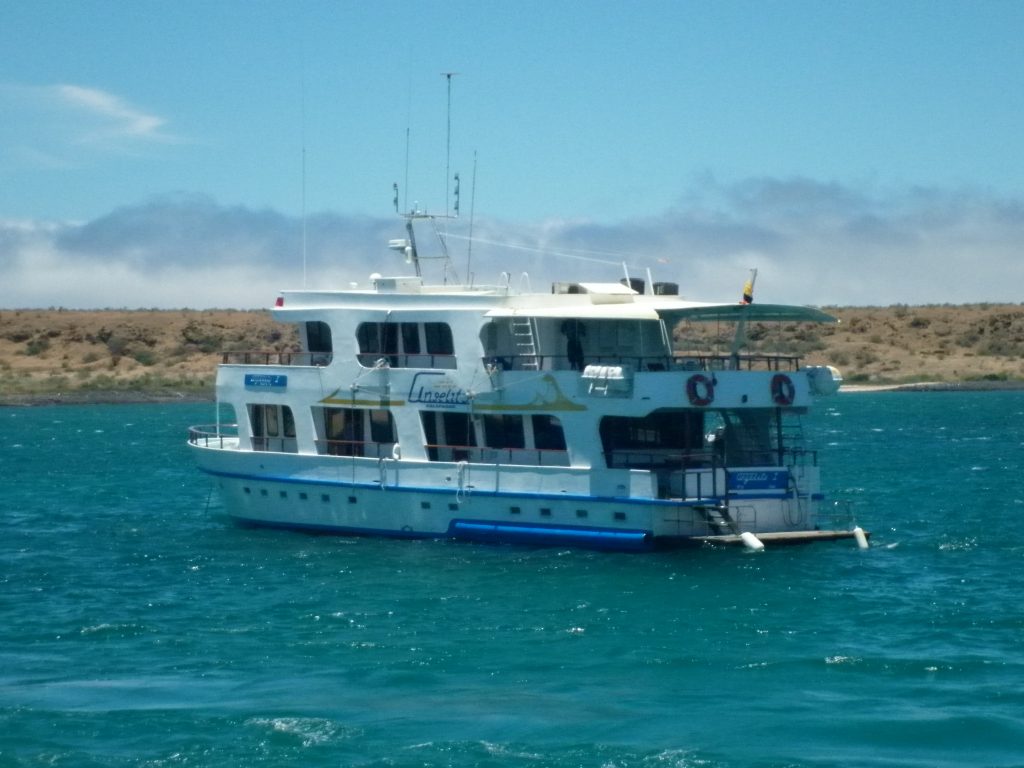 Our boat took us to the first destination on our itinerary, North Seymour Island, where we saw frigate birds, land iguanas, swallowtail gulls, and sea lions.  It was incredible how docile the animals were, displaying no fear of humans.  You could walk right up to these animals and they would just sit there, aloof to your presence. 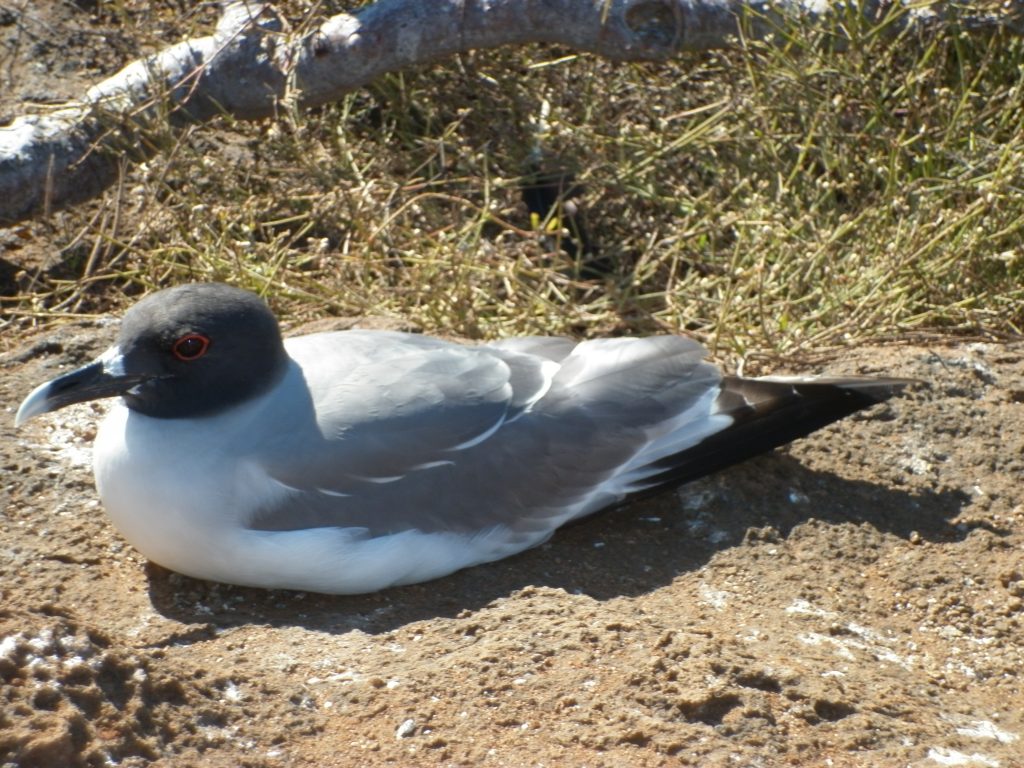 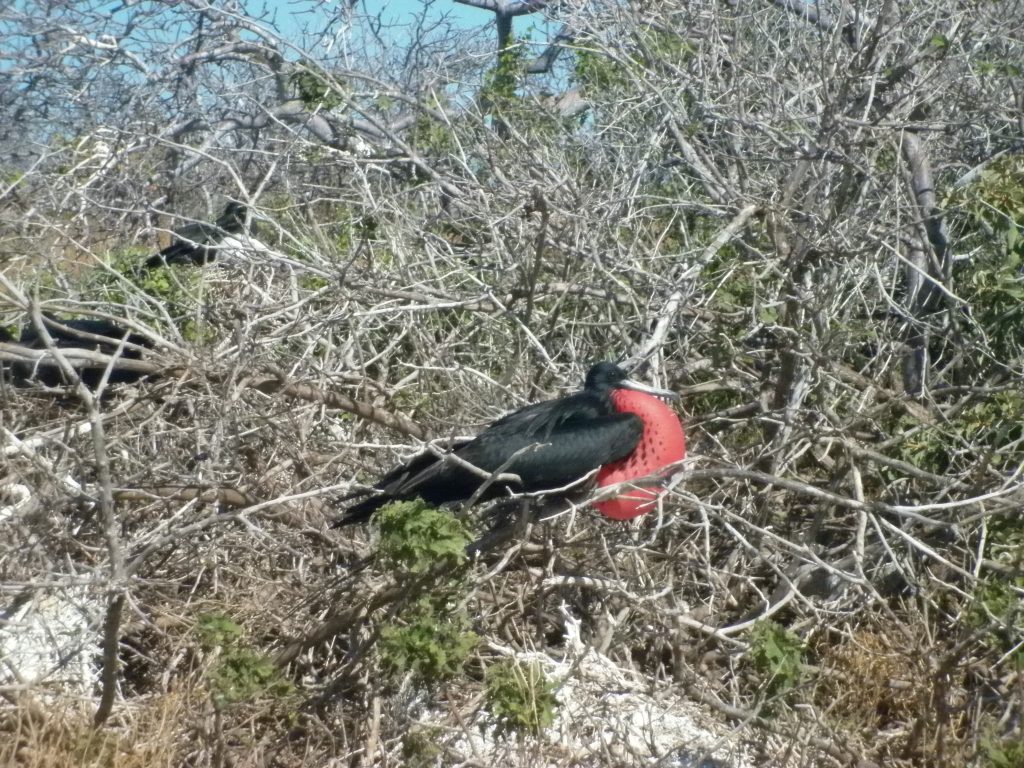 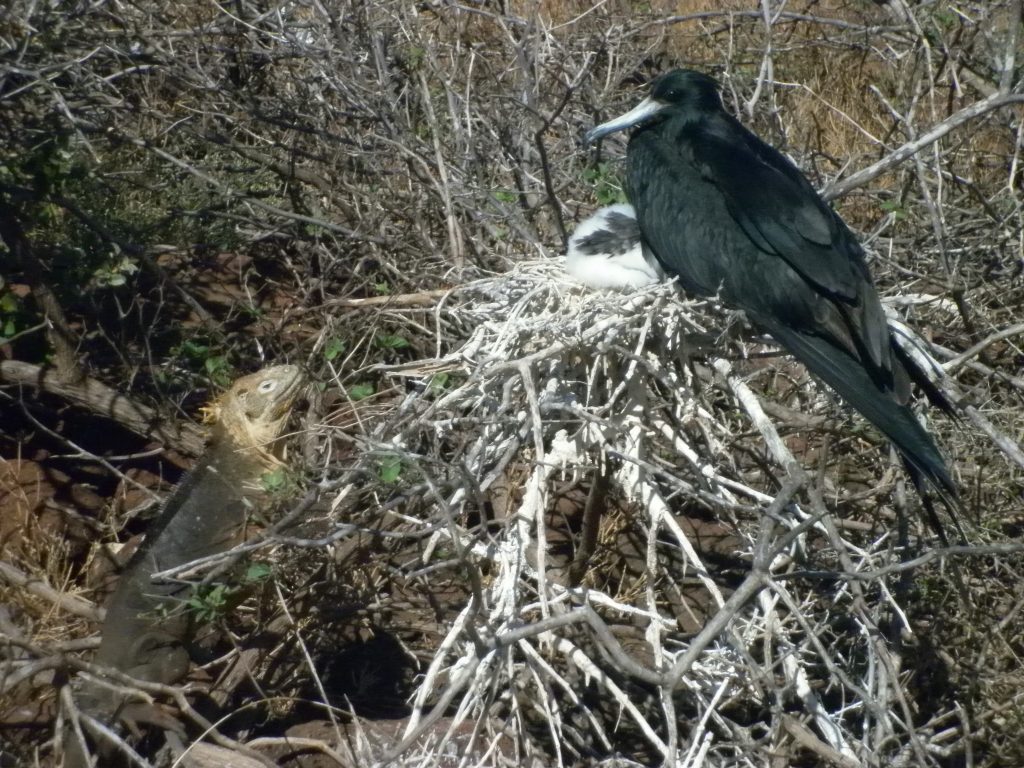 A land iguana next to a female frigate bird, her chick and her nest. Animals here aren't even afraid of each other. There aren't any predators. 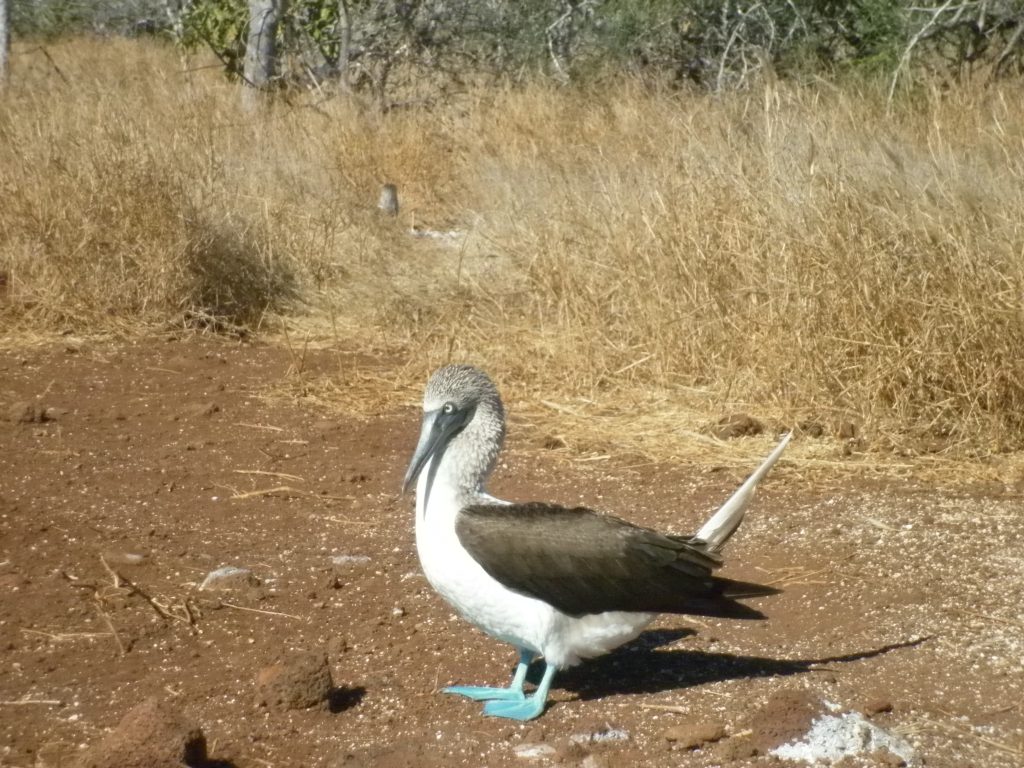 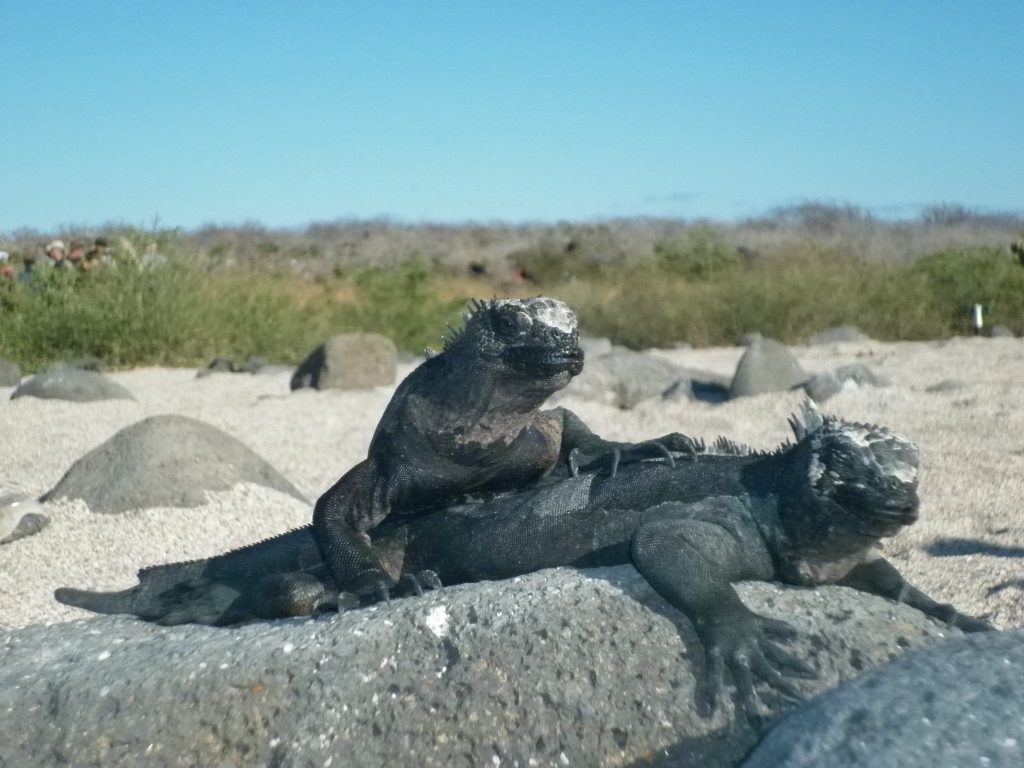 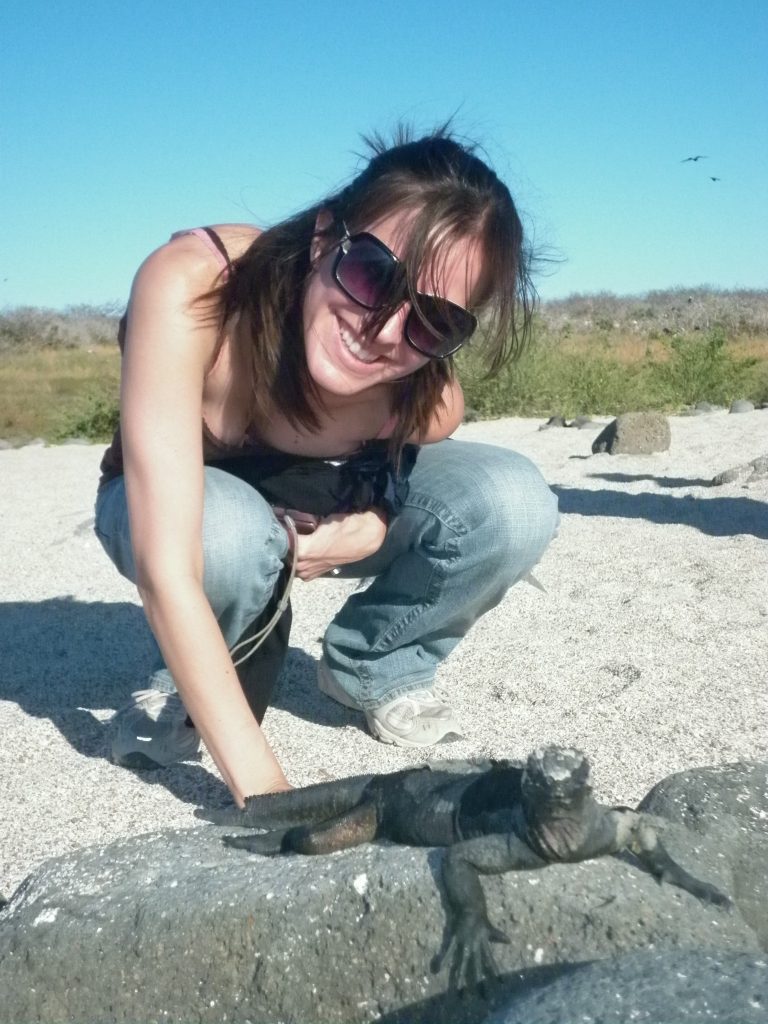 Anna next to a marine iguana. 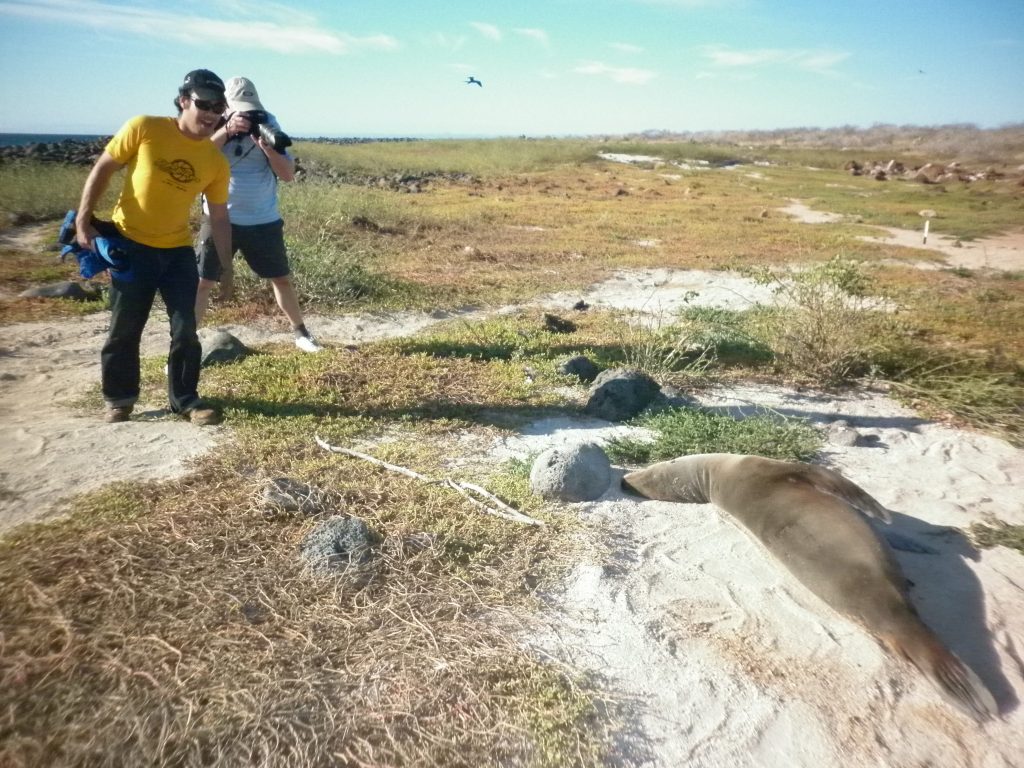 Walking near a sea lion 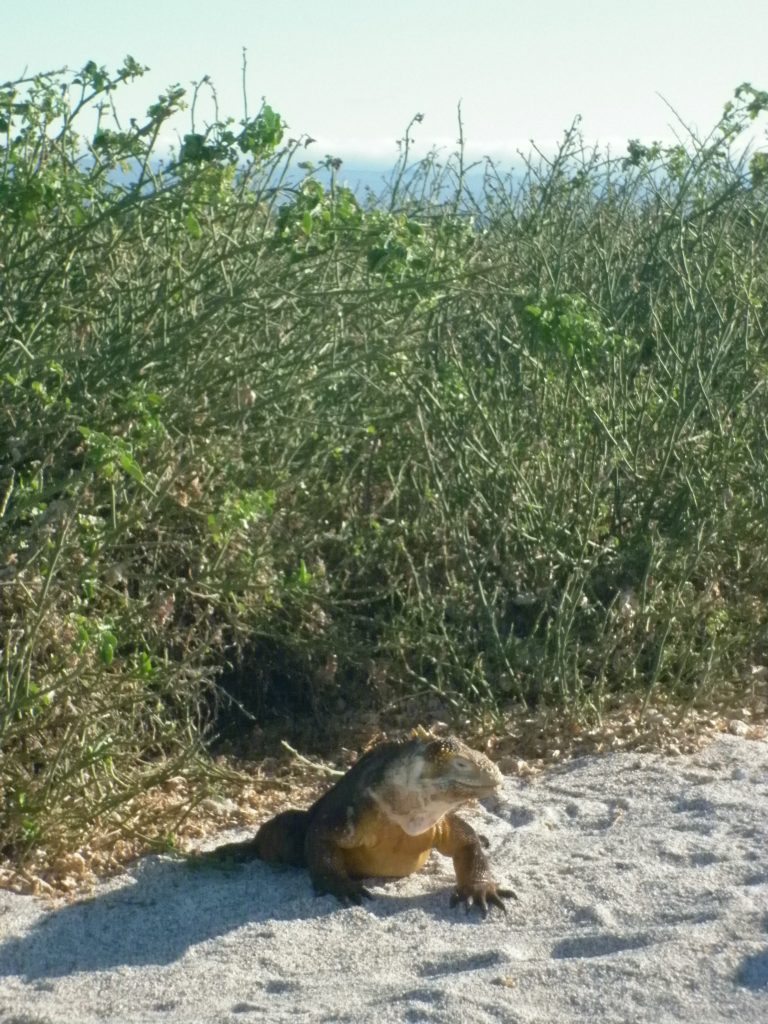 As we finished touring the island, we saw a group of older tourists trying to disembark off their dinghy and onto the island.  The sea was a little bit choppy and the tourists had to jump from a moving boat onto some uneven rocks.  I thought this was an accident waiting to happen so I watched.  One of them couldn’t disembark and had to go back to his boat.  He missed all the wonderful things there were to see on North Seymour Island because his body couldn’t safely make that small jump.
I was grateful that Anna and I were traveling while we still relatively young and healthy.  Our bodies are physically capable of enduring the rigors of traveling in third world. 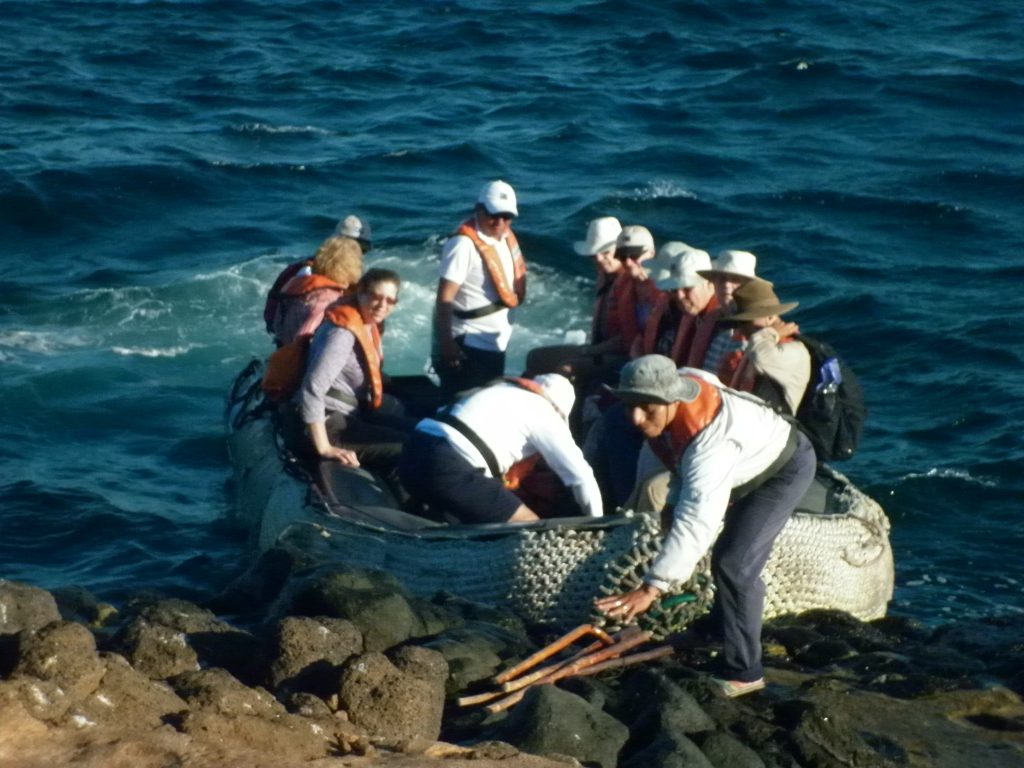 At the end of the day, Anna and I felt like we  were living a dream.  We were on a luxurious yacht on the Galapagos Islands.  Every moment seemed like a profound “wow!” moment.  Thank goodness Anna was there so I could turn to her and say, “Isn’t this cool?!”  Since most of my traveling has been solo over the years, most people back home cannot relate to the wonderful things I’ve seen and done.  I’ve written journals, told stories and taken many pictures, but none of these are sufficient to convey the experience.  The experience is much more fun when it’s shared. 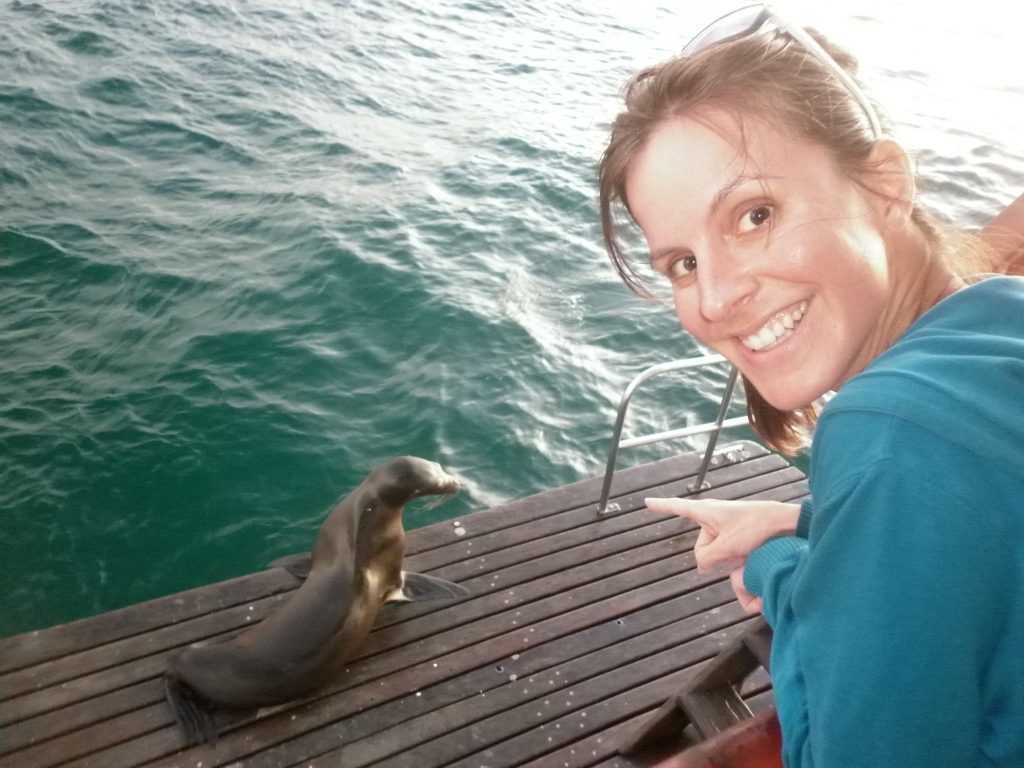 This sea lion decided to climb aboard our boat! This was another "wow!" moment for me.